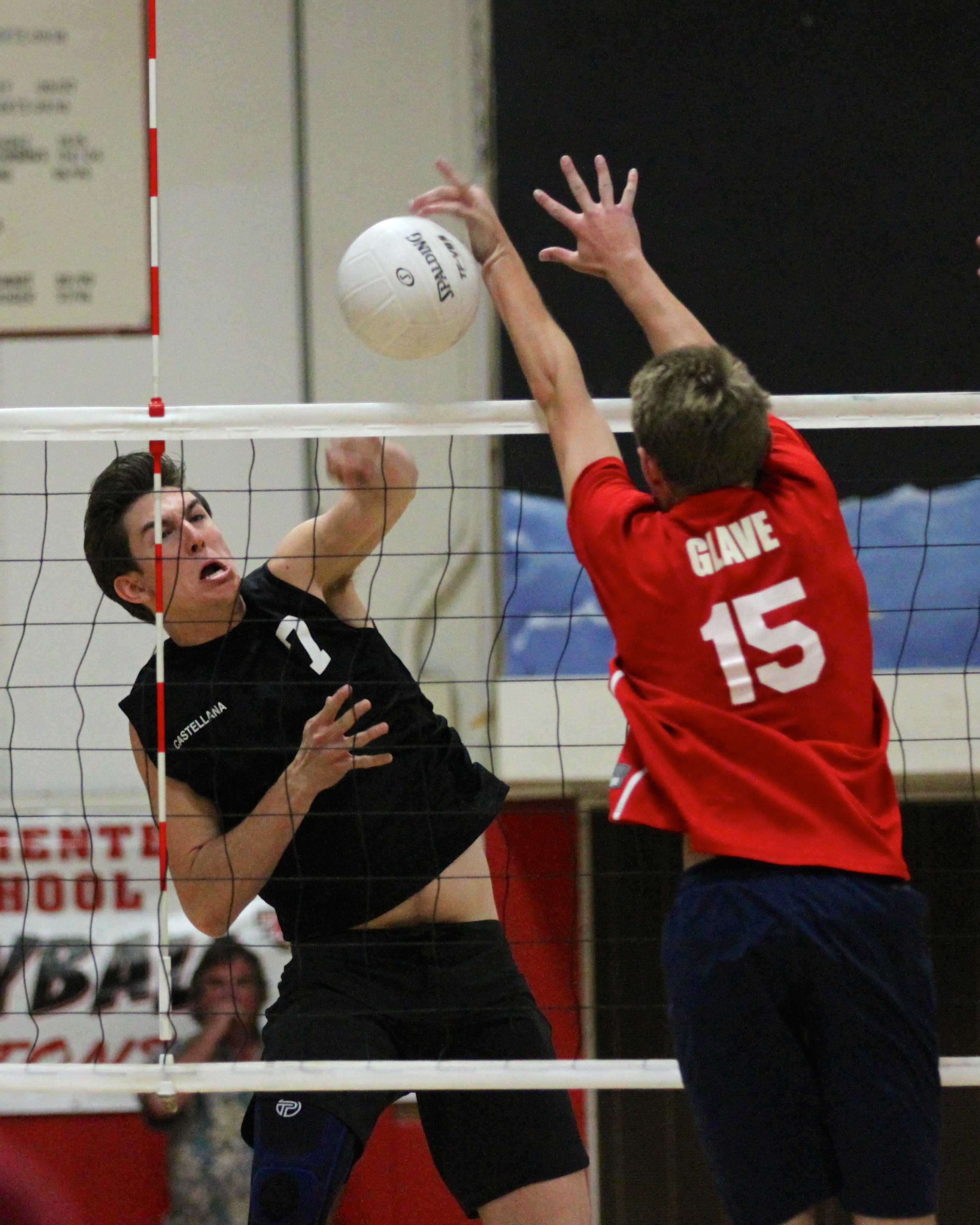 During the first set of their CIF-SS Division 1 first round playoff matchup against Redondo Union on May 12, the San Clemente boys volleyball team was struggling to find a rhythm, especially when attempting to block at the net.

The Seahawks outside hitters hit around, through and over the Tritons’ defensive front, securing a comfortable first-set victory.

But the first set would turn out to be a momentary glitch for the Tritons, as they regrouped their efforts up front and turned into the high-seeded playoff team they have looked like for most of the year, rallying to take the next three sets and the match, 19-25, 25-12, 25-19, 25-17.

San Clemente will travel to play Harvard Westlake in the second round of the playoffs on May 14.

The Tritons had four different players record blocks in the second set. Dominic Broussard recorded three blocks while Matt August, Brandon Hopper and Paul Castellana each had two. The blocking helped the Tritons grab quick points and reinvigorated their offense.

“We really honed in on pressing over and just really watching the hitters arm and just blocking the ball,” August said.

August led the way for the Tritons (25-6), collecting 11 kills, two aces and five blocks. Hopper had 10 kills and Broussard had six.

The Seahawks closed to within two points at 15-17 in the third set, but San Clemente went on a 6-0 run to pull away, capped off by consecutive August serving aces.

The 6-foot-8-inch Castellana and 6-foot-7-inch Hopper powered the team down the stretch in the fourth. The two combined for seven kills and two blocks as the Tritons convincingly closed out the match.

“We were a little out of synch (in the first set) and we were a little bit, as seeded teams sometimes do, get a little bit on their heels. We weren’t as aggressive as we should have been,” San Clemente head coach Ken Goldstone said. “I think I feel pretty confident that we were the better team, we just had to get going.”

Up next for the Tritons is Harvard Westlake, who upset ninth-seeded Santa Barbara in the first round and won a coin flip to determine home court advantage in the second round.