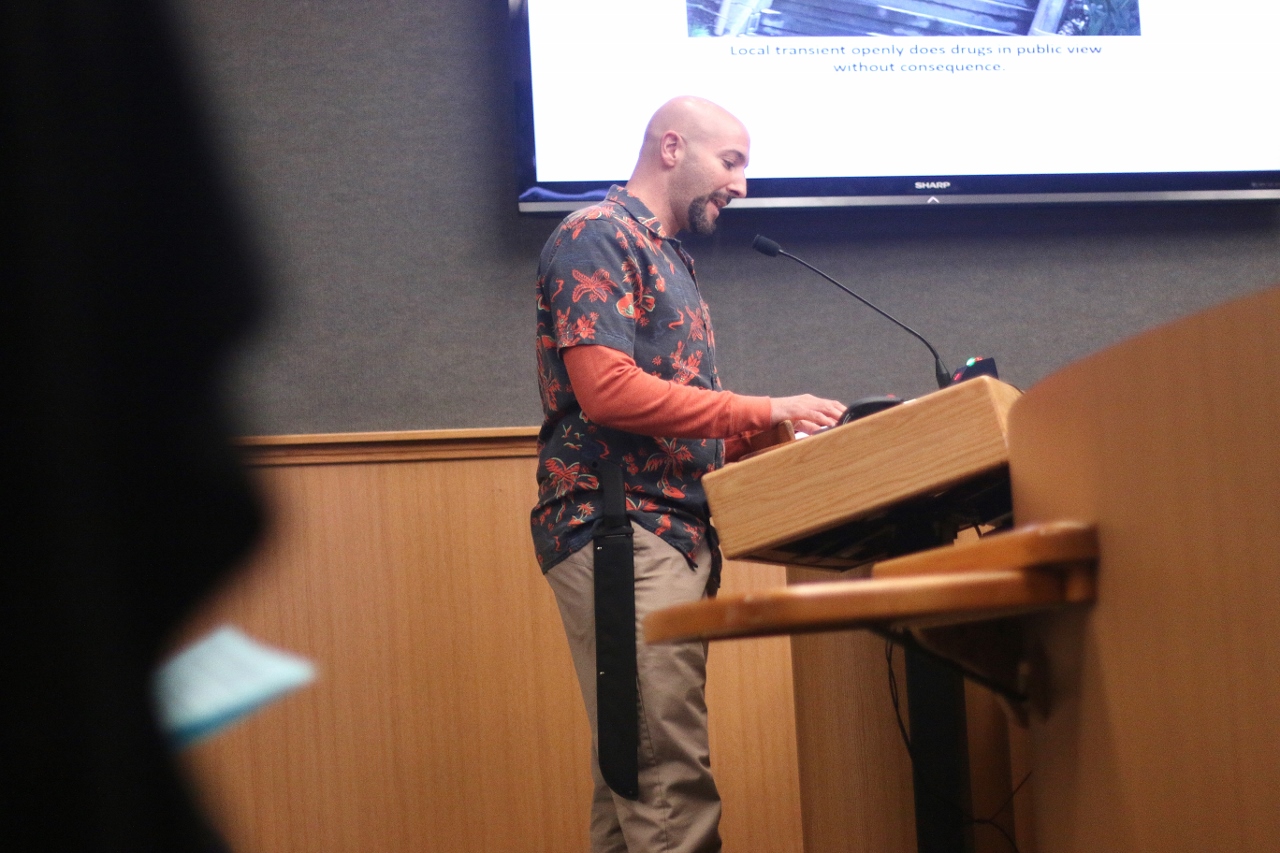 San Clemente residents were livid at the March 6 City Council meeting following the discovery that people who are homeless were moved from the Santa Ana riverbed to San Clemente.

City Manager James Makshanoff reiterated that the city was never made aware that hotels and motels in San Clemente would be contacted by the county about housing the Santa Ana riverbed’s homeless who were removed on Feb. 14. He said when he contacted the county’s Public Administration office he was told 15 of the people removed from the riverbed had left the hotels they were assigned, but he said he wasn’t told if they were at San Clemente hotels.

Lt. Mike Peters, chief of San Clemente Police Services, said there are many factors that have contributed to the increase of homeless people in San Clemente, but the way residents respond to problems needs to be more effective than posting on social media, which is very active in San Clemente. Although Peters said the police do monitor public groups, stating something on Facebook isn’t the same as calling a report in.

City Council voted 5-0 to give $11,000 to Family Assistance Ministries (FAM) to help the nonprofit’s efforts in assisting homeless people. The money will be used for transportation to FAM, outreach and case management, client supplies and more. A Public Safety Task Force meeting, which examines crime and other issues within the city, is scheduled for 4 p.m. on Wednesday, March 21 at the San Clemente Community Center, located at 100 N. Calle Seville. If you have a non-emergency criminal report to make, call 949.770.6011. Call 911 for emergencies.