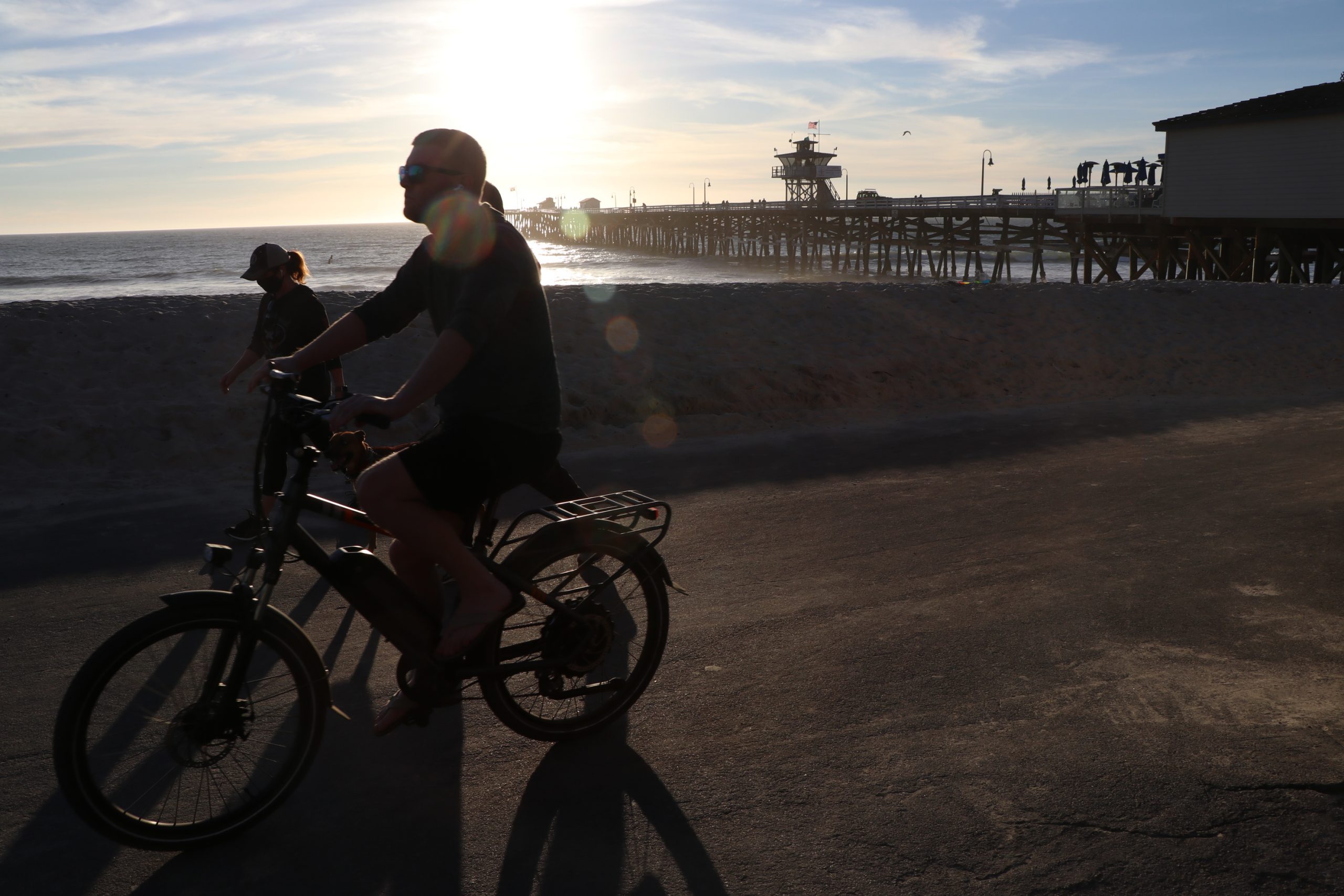 The determined enforcement of the recently introduced ordinance that will soon prohibit electric bicycles on San Clemente beaches, the Beach Trail and at the municipal pier is taking shape.

Councilmembers last week voted unanimously to introduce the ordinance, which is expected to be formally adopted at their next meeting on Tuesday, Feb. 1—a full year after the council approved plans to launch a bike safety campaign and begin tracking reports of e-bike riders engaging in reckless behavior on the Beach Trail.

According to Samantha Wylie, the city’s Beaches, Parks, and Recreation Department director, several groups will coordinate to enforce the ordinance, including the Park Rangers, Code Enforcement officers and Marine Safety, as well as the Orange County Sheriff’s Department.

Wylie added that updated signage will also be posted, and enforcement will officially begin once the new signs are completed. The city expects the updates to be done before Memorial Day weekend.

Based on a review of the introduced ordinance and the city’s section on penalties in the municipal code, those caught riding e-bikes on the coastal trail, beaches and the pier could be fined up to $100 for the first offense, up to $200 for a second occurring within one year, and up to $500 for each additional violation within the same year.

Pete Van Nuys, owner of Bicycles San Clemente in North Beach and executive director of the Orange County Bicycle Coalition, suggested that the most effective strategy would include placing Park Rangers at both ends of the Beach Trail, where riders have to enter, and at the pier.

By flooding violators of the ordinance or the California Vehicle Code with citations that would result in fines, as Van Nuys suggested, a message could quickly be sent to all users.

At each of the meetings that touched on how the city would handle e-bikes, there was much discussion from public speakers who told numerous stories of scary experiences with oncoming bikes and wanted residents to have better knowledge of where and how to operate their e-bikes.

The city’s attempts to educate the public will continue, as Beaches, Parks & Rec is working with San Clemente Police Services to plan the upcoming second edition of the Bike Safety Rodeo for May 2022.

“The Recreation Division is also working to coordinate future e-bike safety workshops for youth and adults ahead of the summer season,” Wylie wrote in an email to San Clemente Times.

In a separate email, Mayor Gene James encouraged all to participate in the future sessions.

Wylie added that educating riders will be prioritized ahead of enforcement, to ensure that they are “well informed of changes” to the current code.

Since the use of e-bikes has skyrocketed, Van Nuys has heard people at his store say that they would not come back to the trail because they were no longer able to enjoy it. He believes the ban will return the trail to its status as a mellow and relaxing place.

James echoed Van Nuys’ sentiment, writing, “It takes all of us to contribute to a safer Beach Trail experience.”