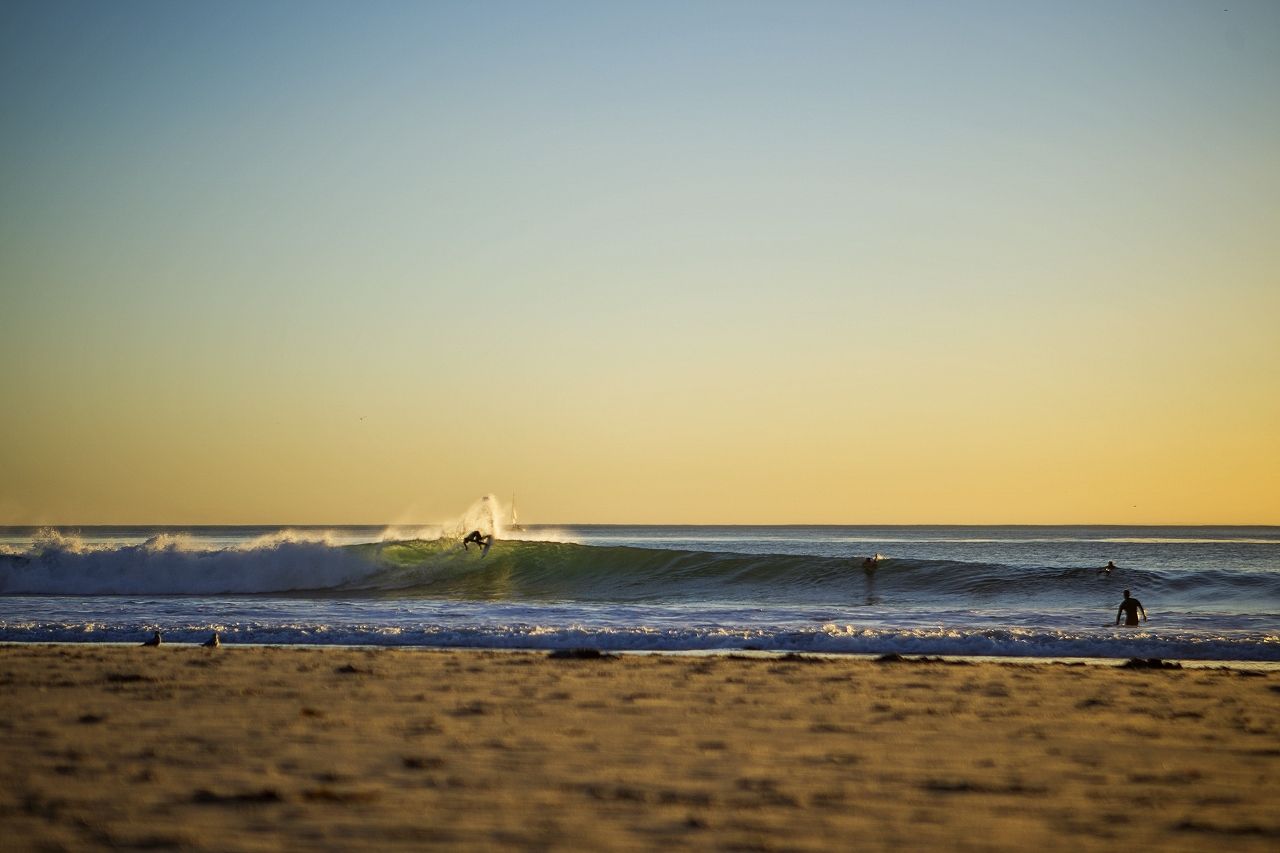 Etiquette of Surfing: Violating Decorum of the Lineup Can Cause Bad Vibes

Last week at Salt Creek there was an incident in which a kid popped off to an older guy after being called out for “snaking” or “burning” him repeatedly. The kid was subsequently “dunked” for his apparent lack of respect. His mother, who was on the beach at the time, reported the incident to the Orange County Sheriff’s Department, which responded in mass with a boat, a helicopter and numerous patrol cars. In previous generations, an altercation like this would have reverberated like passing gas in the wind. When it came to localized lineups, there was a clear pecking order in place; and for those who disregarded it, they were quickly educated. Those days are dead and gone.

Today there are more surfers in the water than ever. With the growth in surf schools, scholastic surf teams and the overall rise in popularity of the sport, spots like Salt Creek and Trestles are more impacted than ever. In the case of the incident at Salt Creek, which we won’t delve into much further, all involved parties share a portion of the blame. When the guiding rules of surfing are not respected and adhered to, things like this are bound to happen. It actually happens quite frequently—just without the absurd police response. Bad vibes in the water are easily mitigated by embracing better etiquette.

“There will always be another wave,” writes Shaun Tomson in his book The Surfer’s Code.

If there was ever one concept that could halt the ugliness of localism it is this. Surfing is nothing more than just riding waves. Besides taking a break from the workaday world and maybe some spiritual satisfaction, it’s a completely unproductive pursuit. We shouldn’t need to escape from our escape. Wind blows across the ocean, swells are created, and if we’re lucky we’re be able to catch and ride one of them for a few seconds. And if we’re not, no stress. Just sit out the back and wait for another. Waves are free. It’s that simple. Don’t make it an ego trip.

“I think we have to teach a lot of these kids to first be gentlemen,” prophetically stated the great Duke Kahanamoku. “Try to help one another and not hog the doggone waves.”

That brings us to the next concept: respect. At its core surfing is about developing a respect for the ocean, as well as fellow watermen and women. Whether it’s surviving a huge wave or dodging a huge shark, the ocean commands respect and when we paddle out we’re all in the brine together. Treat your fellow surfer the way you would want to be treated. Do you want people dropping in on you? Probably not. So don’t do it to other people. Just don’t.

When an angry surfer yell, “That was my wave!” they’re full of it. Nobody owns the waves or the beaches. Share a wave and you’re apt to get an even better one in return. And the reverse, if you’re surfing somewhere new, have respect for the people that surf there every day. Understand that breaks like Lowers and Salt Creek are under extreme pressure due to unrelenting, increasing crowds. For the guys and girls who call it home, a little room to breathe goes a long way.

Besides the cardinal sin of dropping in on somebody, there are other important rules to consider. Always respect a surfer’s right of way. Whoever is closest to the peak gets the wave, plain and simple. Don’t snake them and say something stupid like, “Oh, I didn’t see you.” That’s how fights start. Be smart, be aware and look before taking off.

When paddling out, don’t stroke straight through the lineup. Instead take the long way out so you don’t get in anybody’s way. It’ll be safer for everyone this away. And similarly, don’t ditch your board when a wave’s coming. Letting go of your board can be incredibly dangerous for the other surfers in the area. You may get sent through the rinse cycle, but it’s better than the fin of your board scalping the poor guy that’s paddling behind you.

And just like respecting your fellow surfers, respect the environment. Make it a habit to pick up five pieces of trash every time you hit the beach. Get involved in local beach clean-ups. Take a stand against toll roads and nuclear waste. Do your part to ensure that future generations of wave-riders will be able to enjoy the spot as much as you have. In other words, leave the world a better place than you found it.

Summer’s only a month away. We only have one Pacific Ocean. Let’s all learn to play nice.