No Result
View All Result
NEWSLETTERS

To add your calendar listing or any future events, please click on the “register” link below in order to create your unique user name and login for each newspaper site.

You will then use your login when you return to add your events. 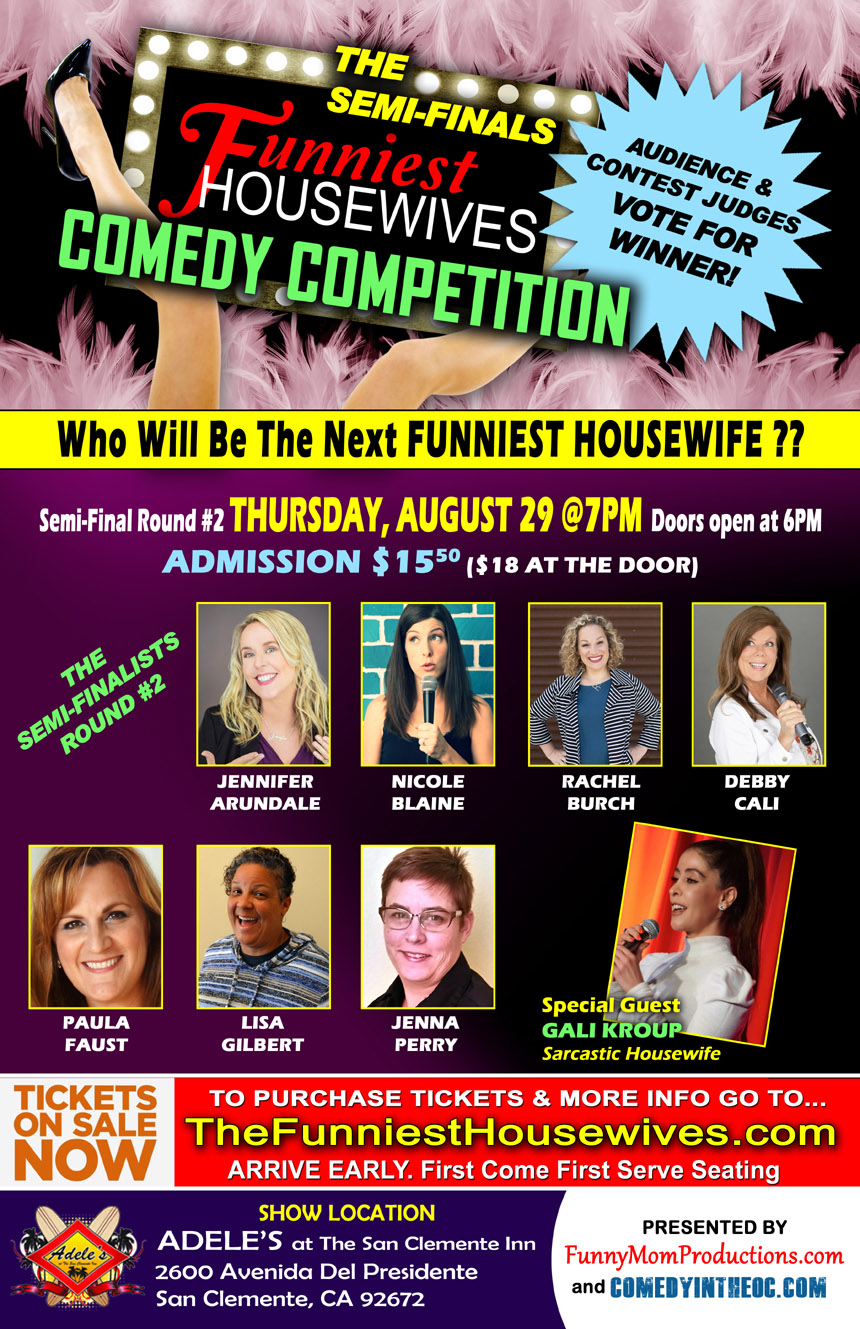 The Funniest Housewives have been performing for audiences for over a decade and is currently the longest running all-headliner comedy group in the country!

A panel of three judges – comprised of Funniest Housewives comedians, veteran comedians, and/or industry professionals, AND YOU THE AUDIENCE, will determine who moves on to the next round and who wins the competition. The comedians scores are based on stage presence, originality, audience reaction, timing and funny.

What are you waiting for? Come out and join the fun!

This event runs for 7 weeks. 4 Preliminary Rounds, 2 Semi-Final Rounds, and 1 Final Round.