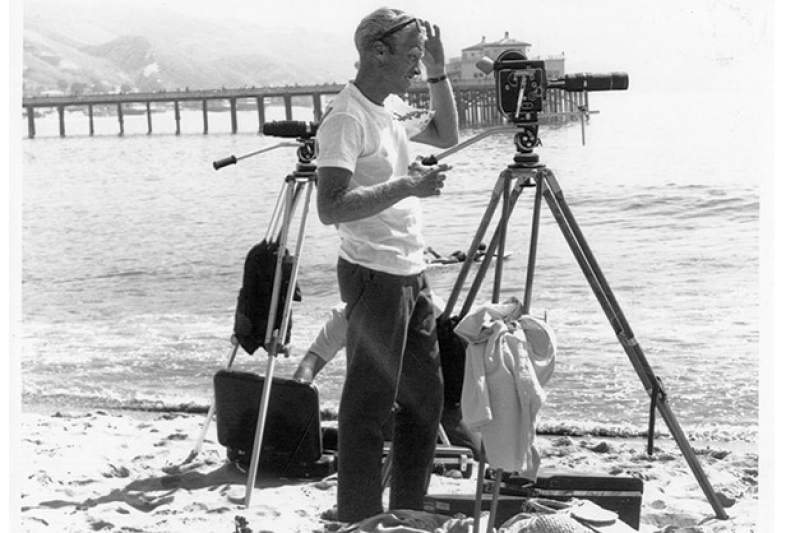 Ever since guys such as Bud Browne, Bruce Brown and John Severson stuck the legs of their tripods in the sand, surf movies have driven and inspired wave-riders to paddle out, chase the sun and have a good time.

Whatever generation you grew up in, whether it was the warmth of 16mm film during the ’60s and ’70s, or the grainy VHS tapes of the ’80s, all the way through today’s high-definition, high-resolution digital footage, the allure remains the same.

I would guess that most surfers can point to one or two surf movies that transformed their lives. I know I can. Obviously, at the top of the list for most of us would be The Endless Summer by Bruce Brown.

But for me, shortly thereafter, would be Sonny Miller’s Searching for Tom Curren and Jack McCoy’s Bunyip Dreaming.

As a frothed-out teenage grom, the idea that there were all these waves out there and so many different ways to approach them captured my imagination—so much so that I pursued a degree in English with the original intent of teaching during the year and going on surf trips over summer vacation.

Before I could get a credential, fate and happenstance intervened, as I was offered an opportunity to start writing for Surfline. That would have been about 1998 or ’99, and 20 years down the track, I’m still writing about surfing and still love a good surf movie.

The point is, yes, surf movies matter. And that’s what makes what the Surfing Heritage and Culture Center is cooking up so special. Full disclosure, I help out the crew at SHACC with social media and online stuff.

This Saturday night, Feb. 29, the museum will be celebrating the opening of its newest exhibit, “The Celluloid History of Surf Cinema.”

A look back through the decades at the evolution of the surf movie-making process, the exhibit is an intriguing look at the films that moved us.

“The role that film has played in surfing and surf culture films have played in pop culture is impossible to measure; the two are inextricably intertwined. For generations, surf movies have inspired people around the world to go and chase the dream,” says Glenn Brumage, executive director at SHACC. “We are delighted to be able to honor those who are directly responsible for sharing the gift of surfing and turned so many people on to the culture and lifestyle.”

The opening of the exhibit is open to the public. There will be all kinds of good stuff happening with entertainment, drinks and, as always, plenty of epic stories. Doors open at 6 p.m.

But, in the words of the character Bear from Big Wednesday, that’s only the lemon next to the pie.

A celebration of the trailblazers that came before us, as well as those who continue to propel the medium forward today, it is a unique opportunity to really take a deep dive into the work of a dedicated few who changed the game for us all.

Honorees, announcements and more details will be forthcoming in the weeks ahead.

No other artistic medium has informed and influenced the sport, culture and lifestyle of surfing quite like filmmaking.

From early, grainy black-and-white footage to the schmaltz of beach blanket “surfsploitation” to award-winning productions such as Momentum Generation, surf movies have brought the stoke to the people.

For more information on the exhibit opening this Saturday night and the upcoming Ohana Gala, go to SHACC.org.

Grom of the Week: Wyatt Schollenberger

Why Are You Still Surfing Lowers?

Should We Still Be Surfing?