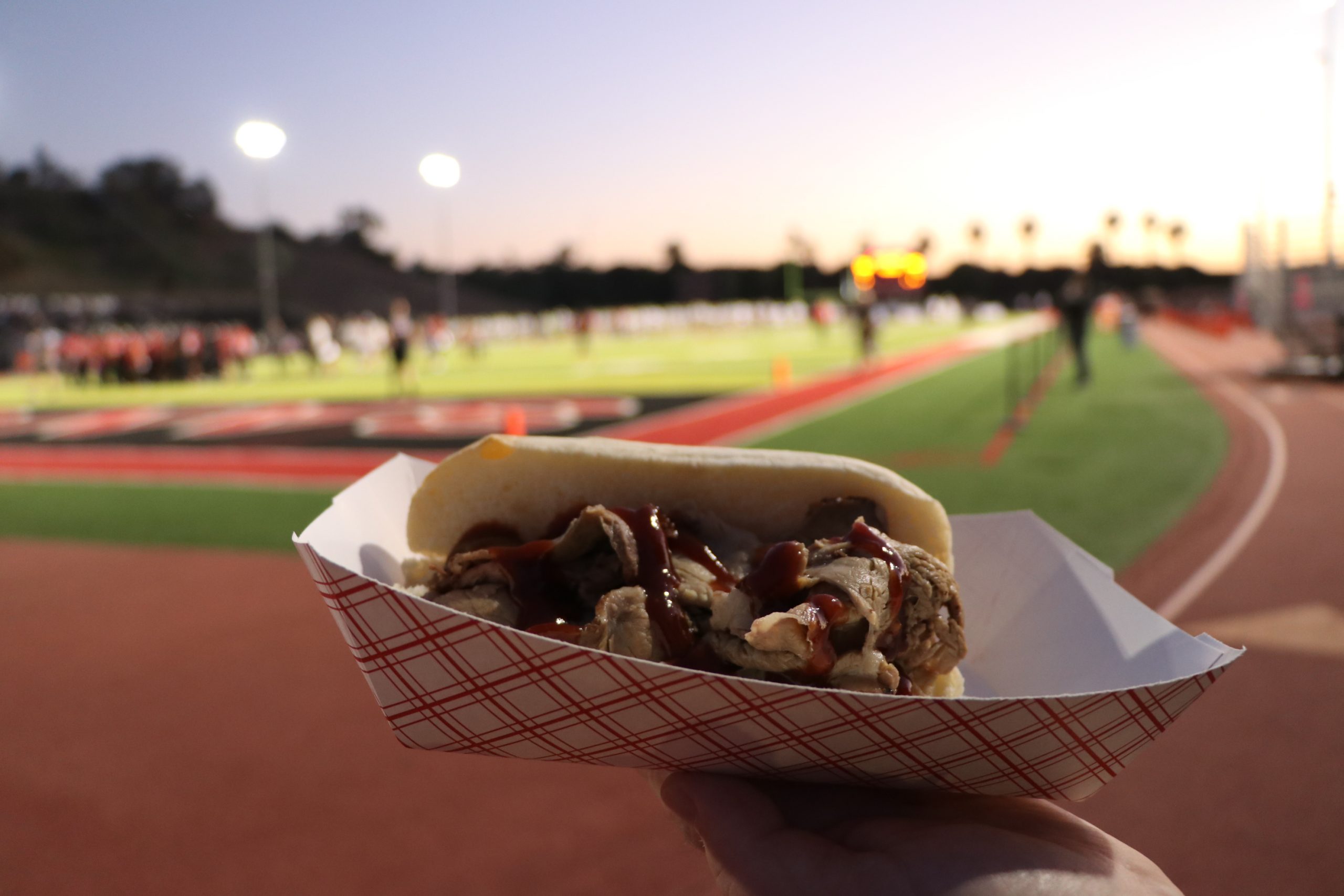 Anyone who’s been involved at youth sports at any level—high school, club, little league or otherwise—knows that the offerings at the stadium snack bar can be pretty simple, even lacking if you’re a food connoisseur.

There’s the usual staples of hot dogs, chips, soda or pizza, if you want to splurge. That’s no fault of the parents who volunteer and run the snack bar. It’s a simple enterprise because, most times, it has to be.

However, in the field of sports concession stands, the offerings of the San Clemente High School football snack bar rise above the rest for one delicious reason: the Triton Tri-Tip Sandwich.

Ask any member of the well-traveled pool of high school sports reporters, and they’ll usually tell you that San Clemente’s is the best around, if simply for the sandwich.

Who’s behind this slice of melt-in-your-mouth heaven on a bun? Since the 2012 season, it’s been helmed by former San Clemente football parent and current Tritons football broadcaster Frank Kling.

“It started happening when my son was a freshman back in the 2012 season,” Kling said, “and we started going to the snack bar and seeing what they were doing. I saw they were out on the grill and cutting with a steak knife.”

But Kling knew they could do better. With a 20-year background in one of the meccas of barbecue in Kansas City, Kling knew he could make a better sandwich, and a better sandwich sells more sandwiches, which makes more money for the snack bar and the program.

In Kansas City, Kling was a member of the Kansas City Barbeque Society, which traveled all around the Midwest for competitions. Back in San Clemente, Kling put his abilities to work, and word traveled fast about the delectable creation he had made.

“The immediate response,” Kling said, “I knew it was good when the Taste of Orange County came out, and they had a category for best sports stadium food. We finished third, just behind Anaheim Stadium (Angel Stadium). So that’s when we knew.”

Kling accompanies his process along with his weekly football watching.

On Monday, the snack bar orders tri-tip from Costco by the case—about 60-70 pounds’ worth. On a Monday night, while watching ESPN’s Monday Night Football, Kling throws it on his armada of four smokers and lets it smoke for four to six hours. When the meat reaches 145 degrees, it’s taken off and put into plastic containers to cook in the refrigerator for another hour, which draws the juices back into the meat.

Then, during the NFL Network’s Thursday Night Football, Kling runs the meat through a deli-style slicer to get it paper-thin. The tri-tip is them bagged up, and on Friday, Kling drops it off at the snack bar, where it’s warmed up in a slow cooker and served to the hungry and thankful Triton football faithful.

Kling said his barbecue skills range from hard boiled eggs to brownies, and he can cook up a mean lobster tail. Kling also offers his cooking abilities to the Triton football team as part of an auction fundraiser, where supporters can bid on a night of Kling firing up some ribs.

San Clemente football games have always been a big event for anyone in the community, and they’re made all the more the place to be thanks to the Triton Tri-Tip Sandwich.