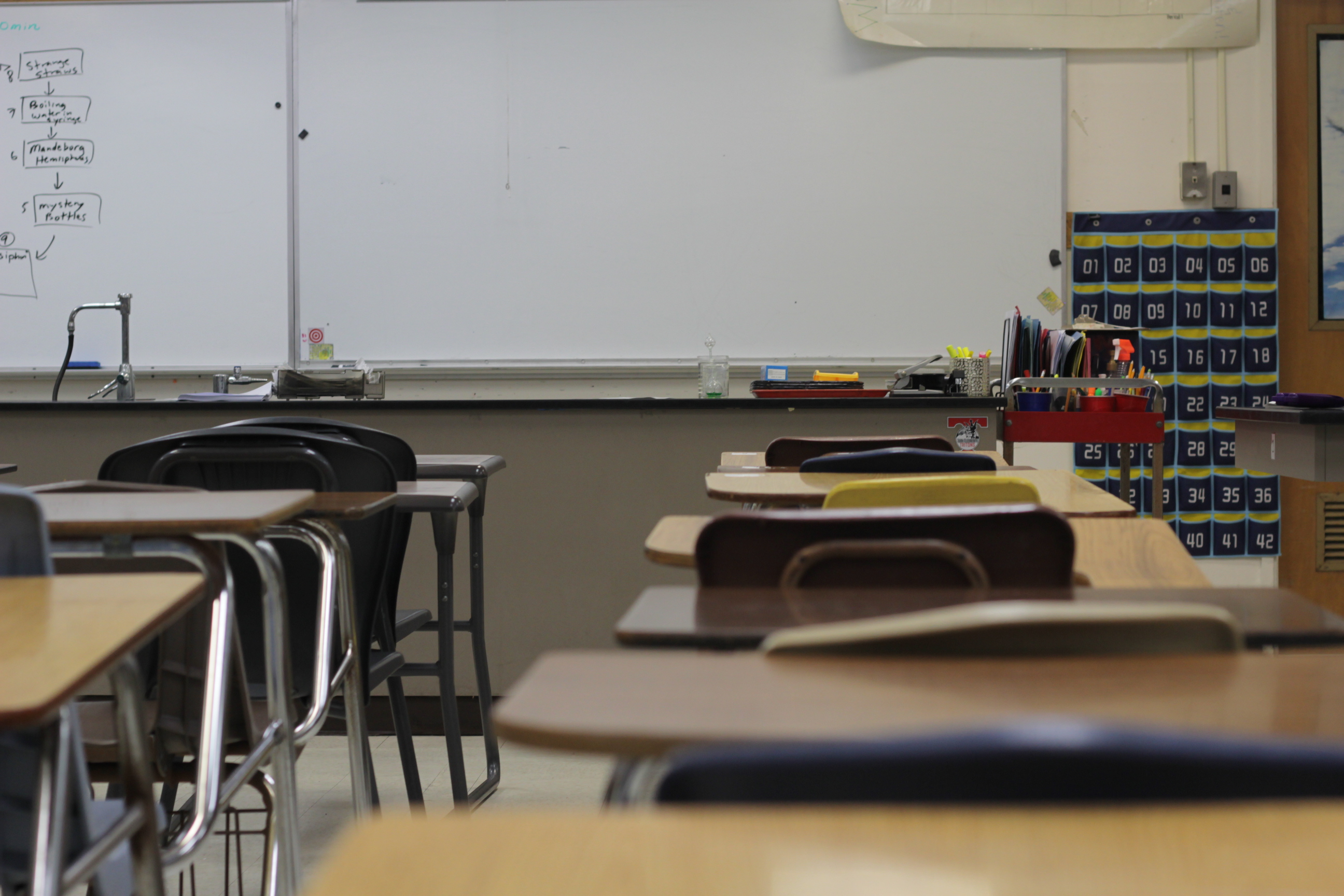 The tubas used by music students in San Clemente High School’s marching band are 20 to 25 years old, according to music teacher Tony Soto.

The school’s music education department does aim to purchase new instruments for students to use, but it has to rely on fundraisers and donations to do so. Recent federal relief funding that the Capistrano Unified School District received as a result of the COVID-19 pandemic, for instance, partly went to purchasing much-needed new instruments.

“Whenever we have our booster meetings—because we have to raise our own funds—one of the mantras we’ve got accustomed to saying is the school district pays for pretty much two things: my salary and the lights to be on,” Soto said. “Everything else in terms of instruments, uniforms, coaches, we have to do the fundraising for that.”

Prior to the pandemic, the department held about four big fundraisers a year. Now, that number is down to just two because of less participation from parents—though it’s hoped the frequency of regular fundraisers will shoot back up in the near future.

“We’re doing things like selling candy,” Soto said. “We’re fortunate enough to host marching band competitions for the past couple of years, which brings in a nice chunk of money. Without that, we would be at a loss.”

“At the beginning of the school year, we ask parents to help out in terms of giving a donation,” Soto said. “The way we would use (more funding), No. 1 would probably be to replenish our instruments and maybe upkeep the repairs. A lot of people don’t know a tuba, for instance, can cost anywhere from $400 to $600 a year to keep up with its maintenance.”

Those struggles are reflective of challenges CUSD faces as a whole with what is perceived to be a lack of enough funding.

CUSD spokesperson Ryan Burris said underfunding is an issue that district officials have discussed with the community for almost a decade after a state formula was introduced in 2013 called the Local Control Funding Formula, or LCFF, for short.

The state provides the majority of funding for school districts in California. For CUSD, another $70.96 million is also set to come from the state. From the federal government, CUSD is budgeted to get $20.96 million.

A look at available data on ed-data.org, which tracks financial and other statistics for school districts, shows that over the years, CUSD has received less than the statewide average in terms of total funding dollars per student.

According to the data, which captures only up until the 2020-21 school year, the district received $12,701 per student in the previous year. Across all California unified school districts, the average was $15,576. For all districts, that average increased to $15,696.

According to the Public Policy Institute of California, a base amount of funding is provided based on a district’s average daily attendance, with extra funding then provided for high-need students such as the economically disadvantaged, English learners, or foster youth.

One thing both districts have in common, though, is the decline in overall enrollment, a trend seen across the county. The average daily attendance rate has steadily declined in CUSD and SAUSD compared to years past, as well.

While a funding shortfall means few resources available to programs such as music and other arts, it has particularly impacted the district’s facility needs. School campuses and buildings are continuing to age and continually cost more to upgrade as years go by—a need for which the state provides little funding, Burris said.

The district has attempted to place bonds on election ballots over the years in an attempt to secure funding for facility upgrades, but all of those measures have failed to meet the 55% threshold needed to pass.

CUSD is currently considering whether to seek another bond measure for Dana Hills High School. CUSD officials recently heard the results of a public opinion survey on the matter, acknowledging they have a “hill to climb” in terms of raising enough voter support.

For capital outlay, or site and equipment improvements, CUSD allocated $3.03 million in general funds last fiscal year, according to ed-data. About $313.68 million, the majority of the district’s $537.75 million in general fund expenditures, went toward salaries for certificated and classified personnel, including teachers—echoing Soto’s comments.

Other key line items included employee benefits at $142.18 million, and books and supplies at $21.16 million.

When broken down by dollars per student, the spending total amounted to $12,056—below the statewide average of $14,271.

As a result of the underfunding, CUSD officials and staff are engaging in the “Raise the Base” campaign, which is intended to raise awareness of the underfunding problem and advocating for the state to raise base grant funding for all school districts in California. Raising base funding would not raise taxes, district officials have stated.

The CUSD Board of Trustees approved last month a resolution that directs Superintendent Kirsten Vital Brulte to communicate the Raise the Base message to the public—and encouraging parent and community support for California Assembly Bill 1614, which also supports more educational base funding.

AB 1614, introduced by Assemblymember Al Muratsuchi (D-Torrance), was introduced in January of this year and intends to increase base grants from the state “in order to achieve specified educational goals,” according to the bill’s language.

The legislation was last rereferred to an educational committee on April 19.

“We not only do band, but we do orchestra. We have jazz band. We also have color guard. We have drum line,” Soto said. “We have all of these specialty programs, which would need specialty coaches that would come in.

“We’ve been fortunate enough to have one string coach and one percussion coach throughout the year,” he added, “but typically, with other competitive high school programs, on their staff, there’s usually about six to seven people coming in on a weekly basis.”