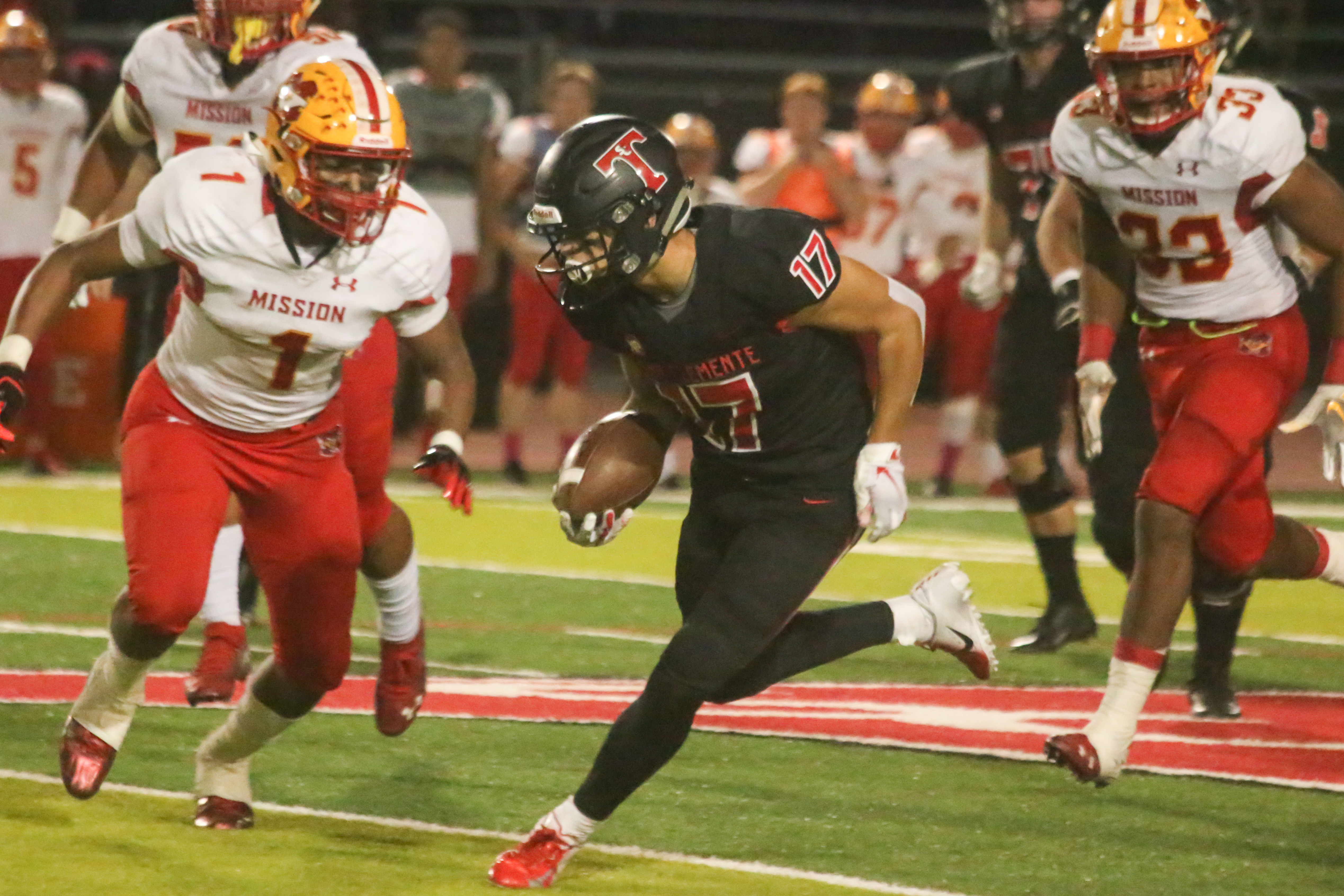 For the fourth time in three seasons and the second time in 2018, the Tritons (6-4) will square off against Murrieta Valley (6-4) on Friday, Nov. 2 at 7:30 p.m. at San Clemente High School. The game will be televised as the Fox Sports West Game of the Week.

San Clemente is coming off a bye week following its first win over Mission Viejo since 1999 and the Tritons’ first South Coast League title since that season, as well. Murrieta Valley finished second in the Southwestern League with a loss to league champion and fellow Division 1 playoff team Vista Murrieta in the regular-season finale.

All things considered, and despite being a rematch, this is the most manageable first-round draw the Tritons could have hoped for.

The series between San Clemente and the Nighthawks began with the Tritons’ greatest playoff feat.

In 2016, San Clemente outlasted the Nighthawks at Murrieta Valley, 45-35, to capture the Tritons’ first CIF-SS championship, in their third consecutive try, in the Division 2 title game. The teams combined for 35 points in a furious fourth quarter.

In 2017, Murrieta Valley came to San Clemente looking for revenge, but the Nighthawks met another potent Triton attack. San Clemente won going away, 62-37.

As evidenced, offense hasn’t been hard to come by in this match-up.

In two games against the Nighthawks, San Clemente quarterback Brendan Costello has completed 71 percent of his passes for 481 yards and 7 touchdowns and rushed for a combined 183 yards on 24 carries. The Oklahoma State-committed Costello was knocked out of the Mission Viejo game before junior Drayton Joseph helmed the historic win, but after the week off, Costello should be good to go.

For Murrieta Valley, four-year starter and Boise State commit Hank Bachmeier has also thrived in three games against San Clemente. Bachmeier has combined to complete 61.2 percent of his passes for 844 yards for nine touchdowns. Bachmeier was also the Nighthawks’ rushing leader in their 2018 game with 115 yards and two touchdowns on 12 carries.

The Tritons’ defense is also in much different shape than it was on Sept. 7

It’s a fine first-round matchup for both teams, but the road only gets steeper for whichever team advances. Each team would likely host national No. 1 St. John Bosco in the quarterfinals next week.