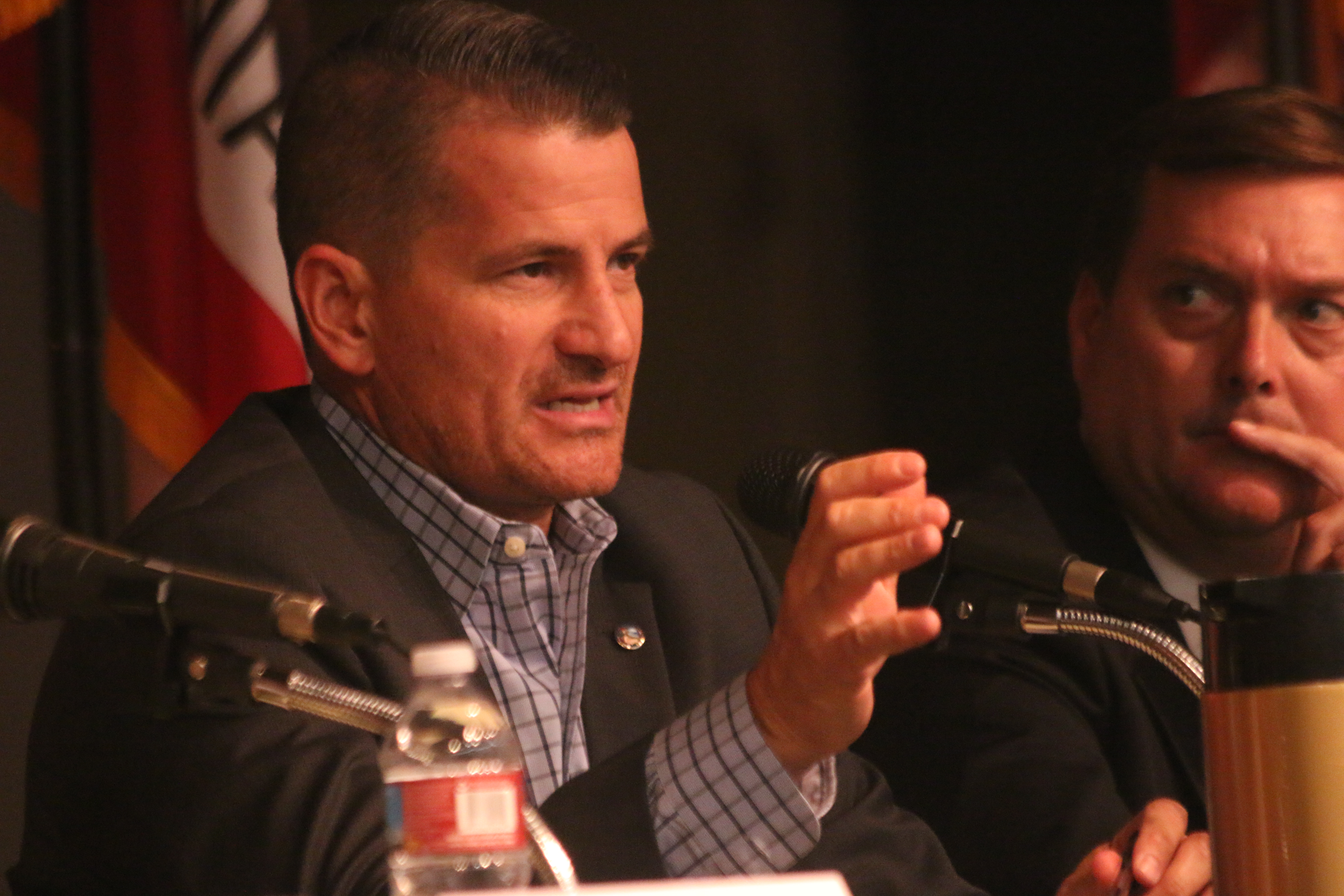 Hundreds gathered the evening of Thursday, Sept. 1, at the San Clemente Community Center to listen to a panel of experts and representatives discuss issues surrounding sober living homes. Some people had to stand along the walls as all available seats were filled by the start of the discussion.

“This evening is about a crisis going on not just in Orange County, but around the country,” Issa said. “We have a drug and alcohol crisis, and we have millions of people who are in need of help. That problem is not going away.”

State Sen. Patricia Bates (R-Laguna Niguel), who was a social worker before her political career, said she has dealt with sober living issues personally in her neighborhood. Both Bates and State Assemblyman Bill Brough brought legislation to their respective health committees during the 2016 session, but those bills did not make it to the floor.

“Current state and federal laws allow (sober living providers) to stay in typical households in typical neighborhoods to reenter and integrate with the larger drug-free community,” Bates said. “Sober living homes that don’t operate as intended have become a burden for places like San Clemente.”

Bates told a couple stories where she came across patients from sober living homes who had been kicked out and had nowhere to go.

“They had a guy come in from Chicago and he signed a lease and opened a sober living home, and it was not run really well,” Brown said during a phone interview on Tuesday. “Immediately we started having tons of problems. There was a stabbing in the home, and then last year, early in the year, there was one overdose death in the house.”

Brown said, through the city’s Code Compliance Services, he learned that another death that took place earlier this year was the operator of a sober living home.

“What ended up happening was the house was completely unsupervised with no lessee and everyone was still there getting medication and treatment,” Brown said, adding the operator was already on the verge of eviction.

Todd Leishman, an attorney with Best, Best & Krieger, which is contracted with the city of San Clemente, said the rise in the number of sober living homes can be traced back to 2000 when California passed Prop 36. This allowed people with drug-use convictions to seek probation and treatment instead of incarceration. On top of that, the Affordable Care Act allowed insurance companies to cover more people for various ailments, including recovery.

“You’ll notice people come from all over the country to get sober here,” Leishman said. “When it comes to local regulations, there are a number of constraints.”

People in recovery are considered a protected class of citizens under the Fair Housing Act and the Americans with Disabilities Act. Therefore, cities are not allowed to ban sober living homes outright.

“I gotta say, it’s a tricky labyrinth,” Leishman said. “Think what you will, if you’re in recovery, as a matter of law… you (are) disabled. That makes sense to a lot of us who know someone in recovery. On the state level, the health and safety code says any facility that is trying to help people that are in recovery … has to be licensed by the state. The policy concern is we have a vulnerable population and we want to make sure the services are legitimate.”

Leishman said many sober living home operators say they’re not providing services at the home; instead residents are treated at an off-site facility. He said the law is very broad regarding the facilities that do and do not need licensure.

“There’s a big disconnect between the state law and the providers,” Leishman said. “If your (home has fewer than) six people, then you’re considered to be a single family. If you have a license for six and fewer and you’re violating the license, then it’s not as hands-off. It’s a very narrow protection.”

Peter Pierce of Richards, Watson & Gershon, which represents public entities throughout California, said his law firm is representing the city of Newport Beach, which currently has a case against the proliferation of unlicensed and non-compliant sober living residences. Currently the outcome of that law is in U.S. Ninth Circuit Court limbo, as the court put an injunction on the city’s law.

“There’s a kind of discrimination that courts look to, and at the time they’re occurring, you wouldn’t think they are,” Pierce said. “You may have someone who comes to a public meeting or a city councilman makes a remark against sober living homes. Under the law as it now exists, and as the Supreme Court interprets it, courts can use those comments as a basis to conclude that any regulation that is adopted after those comments are made is discriminatory.”

Jaque Saulpaw of Interfaith Community Services in San Diego County, which oversees some sober living homes, said when sober living homes are run properly, they can be successful and help people. Saulpaw said every time they open a sober living home, they check to make sure it’s amenable to the neighborhood and city officials.

“The community is as important, and that’s what I’ve been taught, and that’s how we run our business,” Saulpaw said, adding the organization is a nonprofit. “As these individuals go through sober living … the ones who make it are productive members of society, and it’s less costly to the community.”

There was no verbal public input, but people were allowed to submit questions to the panel. Questions that were not answered will be sent to Issa’s office.