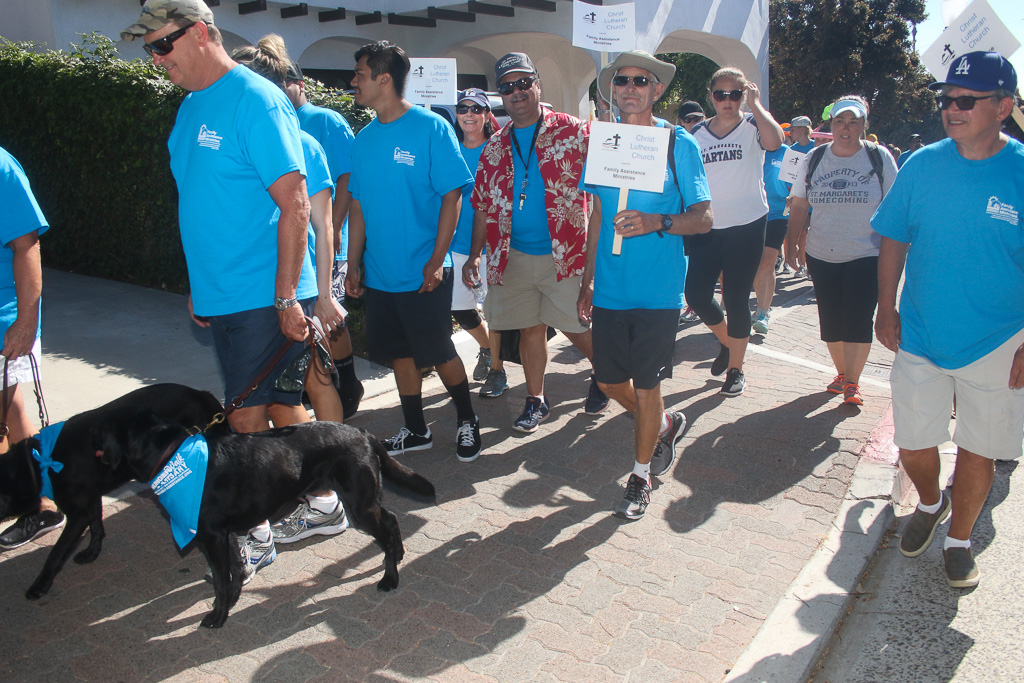 Various factors have contributed to Family Assistance Ministries (FAM) seeing an increase in its registration for food.

FAM, which serves the needs of people who are either homeless or in danger of ending up on the streets, is reporting a substantial increase in the number of people it’s served in the last year.

“Last fiscal year, we saw 11,393 people and 89,952 encounters, so it’s an average of six times per person, but people were coming more often because they needed food,” said Mary Gray Perdue, the executive director of FAM.

The organization is headquartered in San Clemente and has distribution offices in Dana Point, San Juan Capistrano and Laguna Niguel.

According to the Orange County Community Indicators, which is compiled by the Orange County Department of Education and several health organizations, one in six children in Orange County was identified as living in poverty. San Clemente’s index noted between 3.7 and 5.6 percent are in that demographic.

“We’re seeing an increase in seniors who aren’t covered for prescriptions, and they can’t (pay) rent,” Perdue said. “We have a senior day now, the last Thursday of the month, to help out with three senior centers locally.”

Perdue said due to the increase in requests for food assistance, FAM has increased some of its workload.

“We’ve added on some additional runs to grocery stores, and (FAM has become) part of national pilot programs for Starbucks’ Feed America and Second Harvey Food Bank,” Perdue said, adding that they’re trying to raise more funds to match the programs’ requirements. “We don’t have an exact number, but we’ve had a lot more people engaging our workforce development crew. When this happens, we see if it is possible for them to get higher earnings or a position that pays more.”
According to the Bureau of Labor Statistics, the consumer price index (CPI) rose 2.3 percent and the cost of food specifically rose 1.4 percent nationwide, which may or may not be a contributing factor to the increase in food assistance requests.

In recent months, FAM received criticism from San Clemente residents who accused the nonprofit of enabling homeless people to sustain themselves by bringing them food to places such as North Beach or the canyons, where homeless people have been photographed residing.

Since then, Perdue said, they’ve been proactive in trying to curb deliveries of food outside their grounds.

This year marks the 31st anniversary of the FAM Hunger Walk, which raised $109,000 last year, and Perdue said the organization is trying to raise more this year. The funds go toward supporting the food program and “fresh rescues.”

The event starts with check-in at 12:30 p.m. and the walk begins at 2 p.m. at the San Clemente Community Center, 100 N. Calle Seville, up to El Camino Real and south to Ralphs before returning to the starting point, about 2.5 miles in all. There will be a band performing as well as a magician and face-painting, with Las Golondrinas catering the event.

For more information and to register, visit www.family-assistance.org.