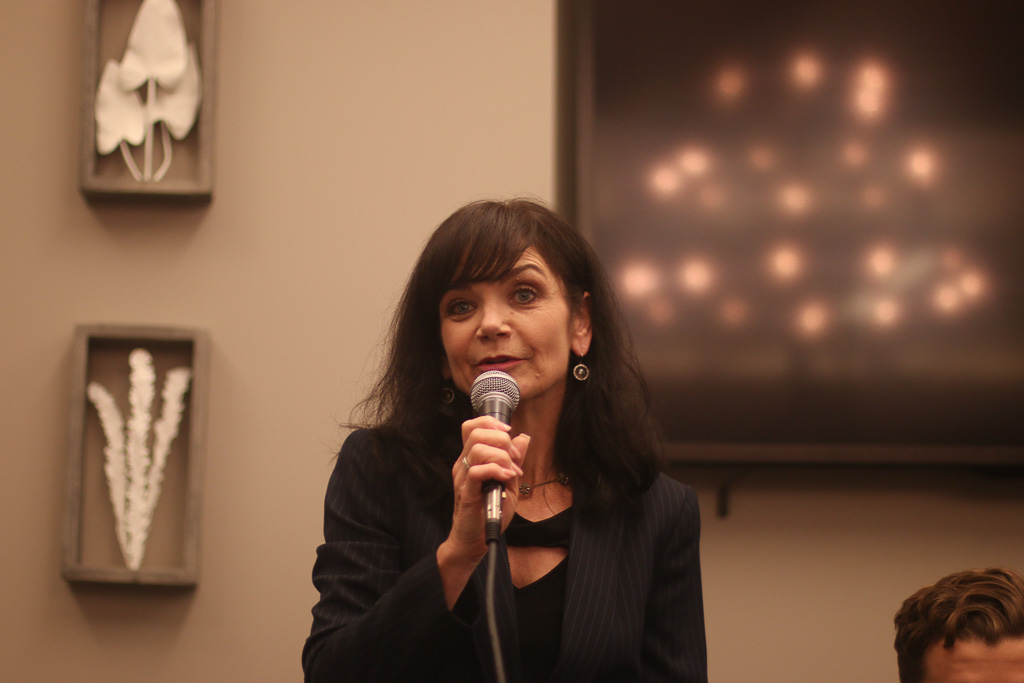 A decision by city management to have tonight’s regular council meeting conducted completely over Zoom, with no staff or councilors present inside city hall, has prompted a sharp rebuke from acting Mayor Laura Ferguson.

Hours ahead of the meeting, Ferguson released a statement to the media, admonishing interim City Manager Robert Dunek, who had issued a temporary order to “lock the doors to council chambers.”

“This is beyond outrageous; this is one of the worst examples of non-elected bureaucrats using the COVID-19 crisis as a political tool,” she said in the release. “In this case, it’s to prevent councilmembers who wish to attend a city council meeting in person and for the public to have an opportunity to follow the city council meeting as they have always been conducted and broadcasted.”

Ferguson also stated that she doesn’t intend to use Zoom for the meeting and will instead appear at city hall for a press conference at 4 p.m.

Dunek was not immediately available for comment as of this posting.

Assistant City Manager Erik Sund told San Clemente Times that the decision to switch completely over to Zoom was made to be consistent with county and state guidelines on social distancing. He said the layout and size of the council chambers make it difficult to enforce those guidelines if more councilmembers are trying to attend in person, with staff also present.

“For the protection of the staff, we made the decision to resume the Zoom platform until we get direction from the council,” Sund said.

Prior to the coronavirus pandemic that prompted municipalities, including San Clemente, to close public facilities, the city televised council meetings through its YouTube channel, where viewers on their home computers can see which councilmember, city official, or member of the public was speaking.

During the pandemic, with city hall closed to the public and councilors calling in, the city continued to livestream the meetings, but with the camera fixed on the city of San Clemente seal behind the dais.

The move by Dunek to close council chambers and have everyone use Zoom for tonight’s meeting follows the early-May meeting when Ferguson and Councilmembers Chris Hamm and Gene James showed up to city hall to attend in person.

Prior to tonight’s meeting, the city management opted not use to Zoom for fear of a “Zoom bomb” similar to what happened during a Laguna Beach council meeting in late March, when an individual hacked the meeting to display pornography over the live feed.

“Initially, when we had started the teleconferencing, we had some security concerns . . . we weren’t really wanting to jump onto that platform without doing our due diligence, without doing a safe transmission,” Sund said.

According to news reports, Zoom has since updated its security to prevent Zoom bombing.

City staff, Sund said, had been looking into other platforms in addition to Zoom. He noted that based on those reviews, the staff feels “a better level of comfort using the Zoom platform, as we’re going with tonight.”

Ferguson has been critical of the city’s hesitation to utilize Zoom in the past. In her press release, she notes that the city has been reluctant to have the live feed focus the camera on those who have been attending the meetings in person, including herself, like it did before the pandemic.

“We held council meetings in the council chambers, in which I was present, and all three times the staff refused to broadcast the elected officials conducting the meeting, as they have done for decades, and instead only allowing audio to be heard with a picture of a static city seal on the screen,” she said in the release.

Touching on those concerns, Sund said the city kept the camera focused on the seal even when councilors did begin sitting on the dais out of fairness to those who weren’t there.

“In a perfect world, you want to show all our councilmembers’ faces. That became a problem when not everyone is present,” he said. “We have to be equitable to all councilmembers.”

The use of Zoom in tonight’s meeting, Sund said, will give all the councilmembers the option to use video, displaying their faces for viewers to see.

At the behest of Ferguson and James, the council tonight is scheduled to discuss the potential to reopen city hall to allow for limited public seating with councilmembers present on the dais.

Sund said that during the discussion, staff will present alternative sites where the city could hold council meetings in order to adequately accommodate councilors, staff and the public under social distancing guidelines.

Asked where some of those proposed locations were, Sund said he first wanted to present those options to the council.

The public session of tonight’s city council meeting is scheduled for 6 p.m. and can be viewed live through the city’s YouTube channel.