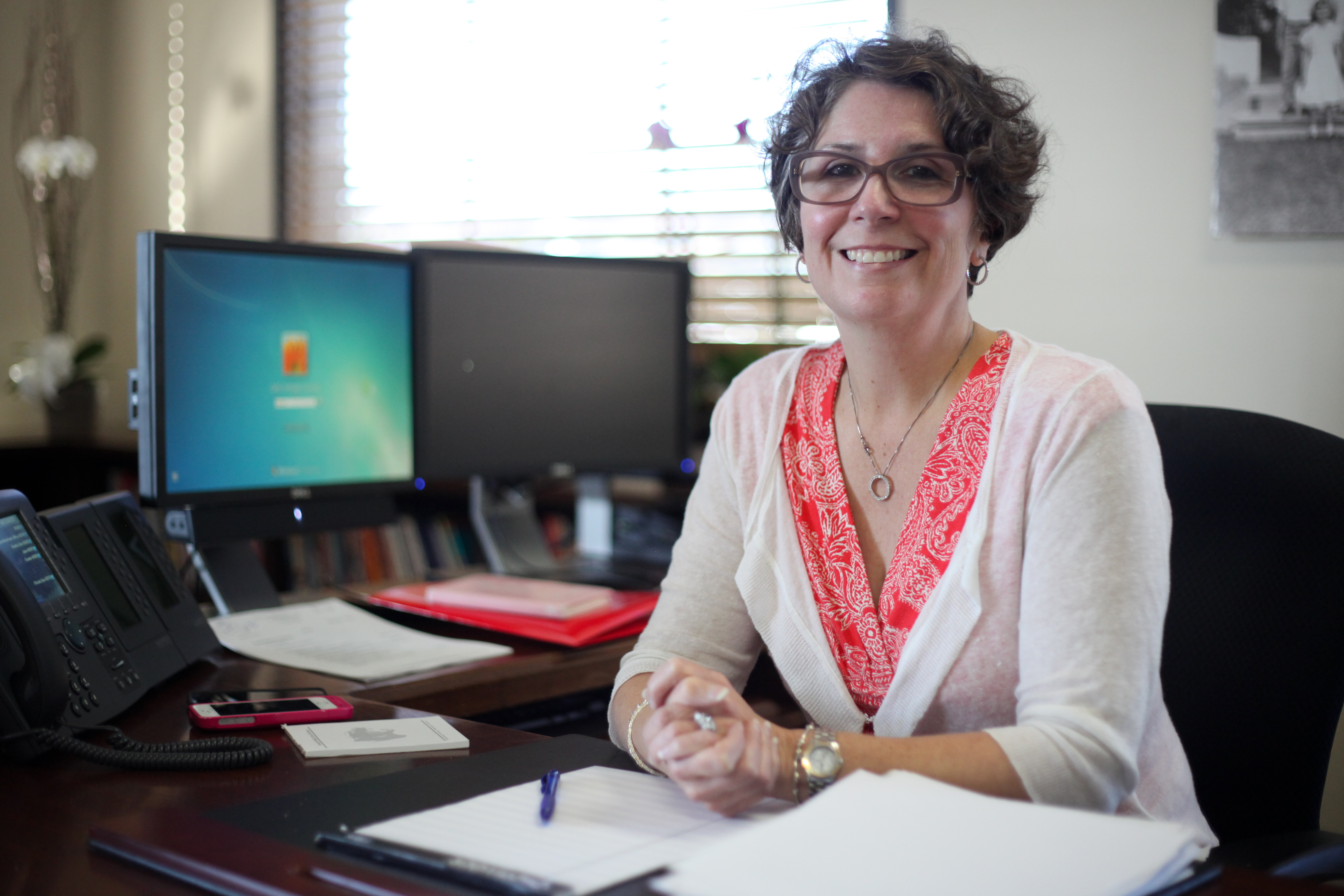 Finding a Foundation in Community

By Allison Jarrell and Jim Shilander

Throughout her 22 years in education, Kirsten Vital has found that building trust and utilizing teamwork are at the foundation of creating better schools and services for students. So when Vital was chosen as the new superintendent of the Capistrano Unified School District, she knew sustaining and strengthening relationships with the district’s communities would be one of her primary focuses.

“Everyone needs to be working together in order for children to succeed,” Vital said. “I think I come with a really collaborative spirit and openness to figuring things out together.”

Vital comes to CUSD from the Alameda Unified School District, where she was also superintendent. She has previous experience at both the Los Angeles Unified and Oakland Unified school districts, and she’s worked as a teacher, assistant principal, principal and a college professor.

While in Oakland, Vital partnered with the city and county to put clinics into each middle school in the district, an $18 million project. And in Alameda, she was able to spearhead the installation of a community pool by partnering with the city.

“I’m always very open to doing partnerships with cities,” Vital said. “Throughout my career, I’ve seen that you can do some amazing things when you’re able to link and connect partners around a collaboration.”

In order to better grasp the issues at each campus, Vital is in the midst of visiting each site by winter break. She’s met with hundreds of community members, from teachers and PTA leaders to parent volunteers and city staff members, and so far she’s seen a common trend—everyone wants to do what’s best for the children.

But Vital is tasked with focusing that effort on short-term and long-term goals. Capistrano Unified faces a number of issues in the coming years, many concentrated in south county cities.

During the economic downturn, the district was forced to cut deep into its budget, including using money previously earmarked for long-term facility needs in its general fund and laying off maintenance staff, thus exacerbating the needs at some of its oldest school, many of which are in Dana Point, San Clemente and San Juan Capistrano.

In 2013, an assessment of facilities’ needs for the district was estimated at approximately $1 billion, though that was subsequently put at $822 million.

The district has embarked on some of the most immediate repair work, including replacement of the roof at San Clemente High School last summer and a new HVAC system at Dana Hills High School. There were also a number of what former superintendent Joseph Farley called “curb appeal” projects at various campuses.

With increases in funding from the state due to the passage of Proposition 30 in 2012, the Board of Trustees prioritized restoring school days and pay cuts that had been made as a result of the budget shortfalls.

One of Vital’s priorities is to find a way to begin to address some of the district’s maintenance issues. In goals outlined at the last Board of Trustees meeting on Nov. 12, Vital noted that in the short-term, upkeep can begin to take center stage by instating a facilities work order process, allowing projects to be prioritized. She noted that looking at the district’s facilities master plan and focusing on the fundamental needs at each site will also be an important next step. These basic needs include making facilities sufficiently “cool, warm, safe and dry.”

“I think we need to move forward as one unified school district,” Vital said. “Having said that, there are differentiated needs that will have to be addressed at some point. Some of our facilities are much older than others. Some of our newer facilities may not be as strongly made. So there are different issues, depending on the city and the unincorporated area, that all need some kind of attention.”

Changing the long-term financing options for the district is also an issue Vital will have to contend with. Many new schools or school improvements within the district and throughout the county’s population boom have come through community facilities districts, which only allow for funding of schools within the CFD, not into the general funding structure of the district. Some of these CFDs are coming to an end.

Another local issue will arise with the planned 2016 completion of Avenida La Pata between San Clemente and San Juan Capistrano. San Juan Hills High School, which sits alongside the road in San Juan Capistrano, was partially built with funds from the Talega development in San Clemente, and parents there have been anxious about the possibility of sending their children to the school, as students from Talega receive priority over others in a school-of-choice system. However, the school is already nearing capacity without a large influx from elsewhere in the district, enough that some students scheduled to go to the school from Ladera Ranch were unable to do so during the recent school-choice period.

Vital said significant work on school-of-choice policy will need to occur within the coming months—work that will be done publicly with the district board. One way to work around CFD funding issues, Vital said, would be to look at other long-term funding mechanisms such as a bond, which the community would need to ask for. Vital successfully got a school facilities bond on the ballot in Alameda, which passed earlier this month. Such a bond could be a method to raise funds to deal with the district’s infrastructure issues.

Another option is to carefully examine the language of the district’s many CFDs and define exactly how those dollars can be used, such as for work currently described only as “refurbishment” or “modernization.” Vital added that it will be important for community members to be a part of funding and policy conversations, which will likely be on the docket for January and February.

Board of Trustees president John Alpay said Vital stood “head and shoulders” above other candidates during the district’s search, which included both nationwide and statewide candidates.

Alpay said the district had been solidified by Vital’s predecessor, Farley, allowing her to have a solid platform with which to launch the district to success. Vital presided over relative labor peace at Alameda, which Alpay said was a key to continue after a strike in 2010, before Farley’s hiring. He also cited her experience working with charter schools in Oakland as a key to her selection, since no district in south Orange County has more such schools than CUSD. Vital said she earned her “fiscal chops” during her tenure in Oakland’s school district, which was in bankruptcy and relied on state loans.

“I’ve had to make some really hard decisions in my career,” Vital said. “Superintendency is not always the most popular job, because you have to make some tough recommendations, especially in really tough fiscal times.”

In addition to working on facilities and financing, Alpay said Vital and the board were committed to improving instruction. In Alameda, Vital implemented a reading and writing program that resulted in stronger eighth-grade writers and fifth-graders having a conceptual understanding of math.

Vital also brings with her the perspective of becoming a new mother. Since adopting a girl last winter, Vital said her husband stays home full-time with their daughter—who now has six teeth and is learning to walk—so that she can have the space and time to help with the district’s 53,000 other children and young people.

“I think becoming a mom has made me an even better educator,” Vital said. “After this much time supporting families as children’s first educators, it’s enlightening and exciting to have those experiences myself.”