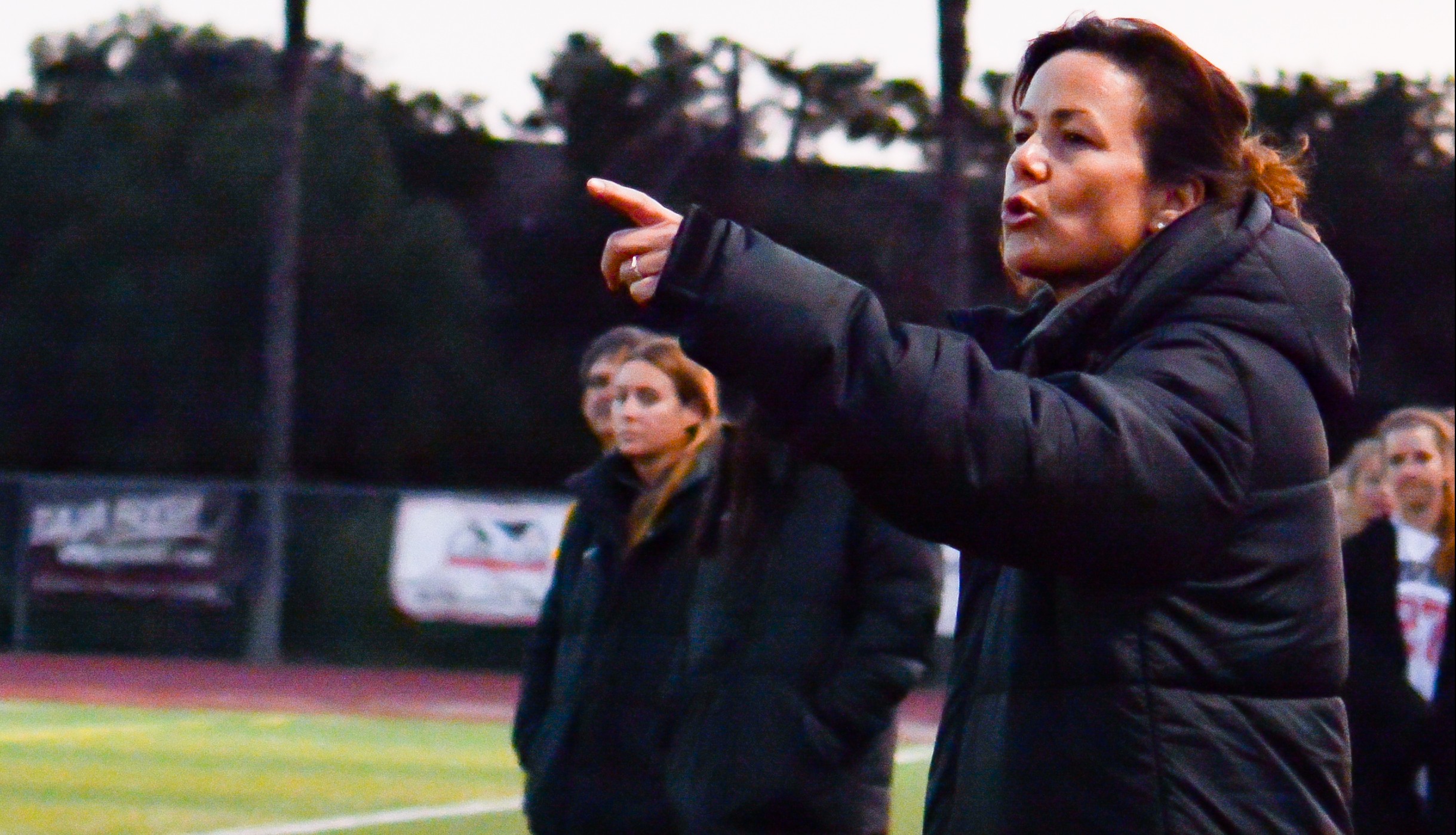 Q&A With San Clemente girls soccer coach Stacey Finnerty, who is stepping down after 16 successful seasons

Stacey Finnerty never intended to be the head coach of a high school program when she ran through a few drills with the San Clemente girls soccer team on the recommendation of a friend 16 years ago. Finnerty, who played collegiately at Cal, was focusing on continuing her playing career but wanted to see what coaching was all about.

Something clicked when Finnerty ran through those drills on that fateful day. She realized that being on the pitch, teaching and molding young soccer lives, was where she was meant to be.

What followed is one of the more successful and storied high school soccer coaching careers in Orange County history.

Following a season in which the Tritons went 13-3-7 overall and advanced to the second round of the playoffs, Finnerty chose to hang up the clipboard for good. The San Clemente Times caught up with Finnerty to reflect on her career and coaching philosophies.

San Clemente Times: Why did you decide this would be your final year as head coach at San Clemente?

Stacey Finnerty: The last couple seasons I felt that my family, their needs, are starting to become more and they’re busier. It was just the inevitable choice that I knew it was going to happen at some point (laughs). If I’m going to coach I like to give everything I can and I felt that if I couldn’t give the program and the team the best of me it wasn’t good for them, and for my children as well.

SCT: The girls soccer program at SCHS was middling before you took over and had never qualified for the playoffs. What were some early challenges you had to overcome in order to build the program up?

SF: The program was a little beat up. They didn’t have any respect from other organizations I would sit in meetings with. There were other coaches that didn’t really give me that much respect. They’d talk about San Clemente as if it was a joke of a program. That’s all it took for me to say ‘I’m going to do whatever it takes to make sure these girls are represented’. The talent was there. The first group of families got involved and put everything they could into making it an easy entrance for me.

SCT: How would you describe your coaching philosophy?

SF: My philosophy is to identify the strengths of each individual and then motivate them to find out how good they can be. After that, it’s their choice to own their talent and to give it back to the team. (My philosophy) is purely believing in players and bringing out what they have and then pushing them to do more when they think they’re done.

SCT: You’re also an AP Biology teacher on campus at SCHS, which can be a tight-knit community. What kind of dynamic did that create with you and your players?

SF: I think working on campus has made it so much more fulfilling because I’m able to be a part of the girls lives’ beyond the field. That’s the whole point of coaching at the high school level, I think. You’re not just coaching a sport at that point … I’m meeting with them about their grades or what’s going on at home. Coaches are special and unique in the way that they’re able to really get to know students and players beyond just a grade.