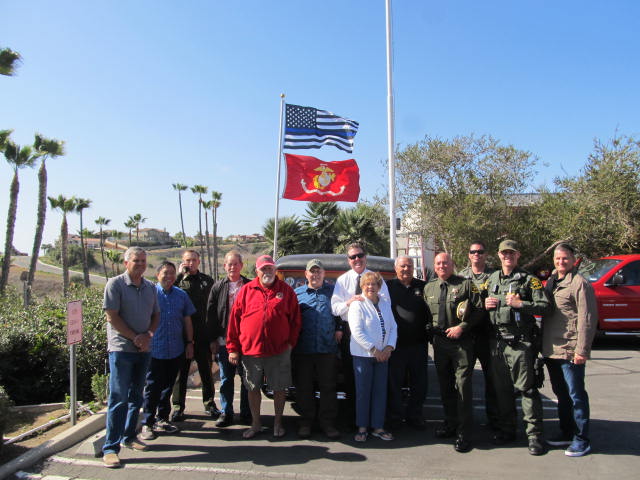 The Flag Raising Ceremony is conducted by the South Coast Detachment of the Marine Corps League and is available to any San Clemente Veteran who has served their country honorably and upon the passing of their dedicated service and life to this country. Contact Wayne Eggleston at heritage@marinemonument.com for more information.

The next Flag Raising Ceremony will honor San Clemente’s own Fred Dungan World War II Flying Ace, Navy who passed away in January. The date has yet to be announced. A special remembrance will be held for Dungan at Park Semper Fi on Memorial Day, May 28 at 2 p.m. In honor of Dungan, his favorite music, swing, will be performed by the Pete Jacobs & the Wartime Radio Singers, The “Andrew Sisters.” The public is invited. Parking will be available for early birds.

Wayne Eggleston is a former mayor San Clemente. This piece was submitted for the San Clemente Times.