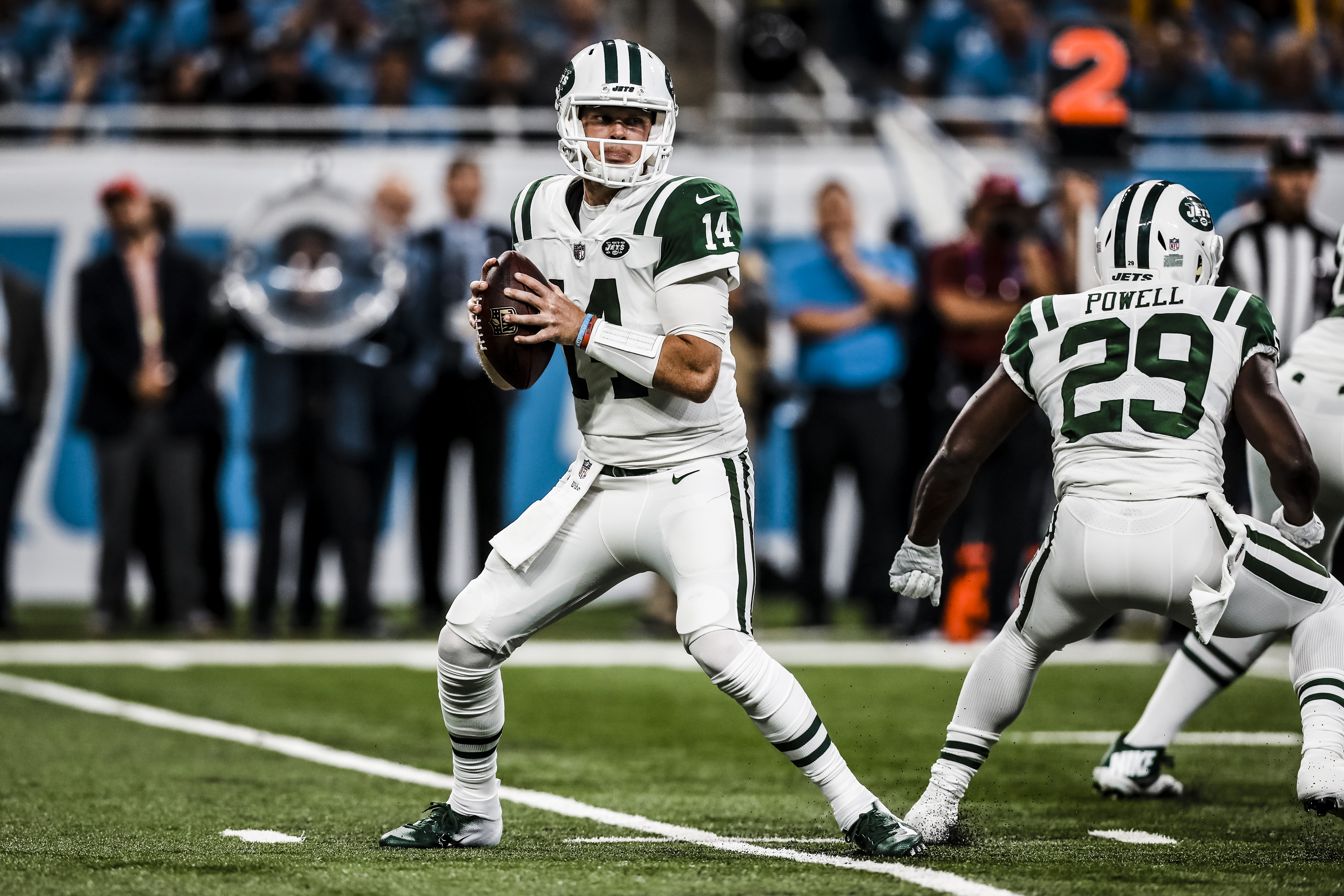 Out of the shotgun, Darnold rolled right then threw across his body, all the way across the field to his left and into the arms of a Detroit Lions defender who returned it to the end zone for a touchdown.

At 21 years, 97 days old, Darnold was the youngest opening-game starting quarterback in NFL post-merger history, and he looked like it… for one play.

After the pick-six, Darnold completed 16 of 20 passes for 198 yards and two touchdowns as the New York Jets went on to rout the Lions, 48-17, on Monday Night Football at Ford Field in Detroit.

Early on, Darnold, San Clemente High School alum and No. 3 overall pick in the 2018 NFL Draft, had a little of the rookie jitters with some active footwork. However, the Jets kept things simple as Darnold only threw to a target more than 10 yards down the field once in his first 14 throws.

Darnold took the snap and looked short on the left side with a slight shoulder fake which got the defense to bite. The Capistrano Beach native then shifted his eyes deep and tossed it high to Robby Anderson, who leaped up, pulled in the 41-yard touchdown pass and fell into the end zone in front of the near pylon.

Darnold’s first career touchdown pass came on third down as the rookie and the Jets were perfect early on third down. Darnold was 4 for 4 passing for 71 yards at the time of his TD pass.

Darnold’s active footwork also turned to effective footwork as he consistently displayed his innate ability to extend plays and also picked up a first down on the ground.

Darnold was 3 for 3 for 53 yards passing on drive with a 21-yard touchdown pass. Darnold had a quick release on a short pass to the left, and Quincy Enunwa did the rest for a 24-17 lead.

From there, Darnold actually didn’t get too much work as the Jets defense grabbed a pick-six of its own and returned a punt 68 yards for a touchdown as the game spiraled out of control for the Lions in the third quarter.

Darnold will make his home debut next Sunday, Sept. 16 as the Jets welcome in the division rival Miami Dolphins. Kickoff is scheduled for 1 p.m Eastern/10 a.m. Pacific at MetLife Stadium in East Rutherford, N.J.