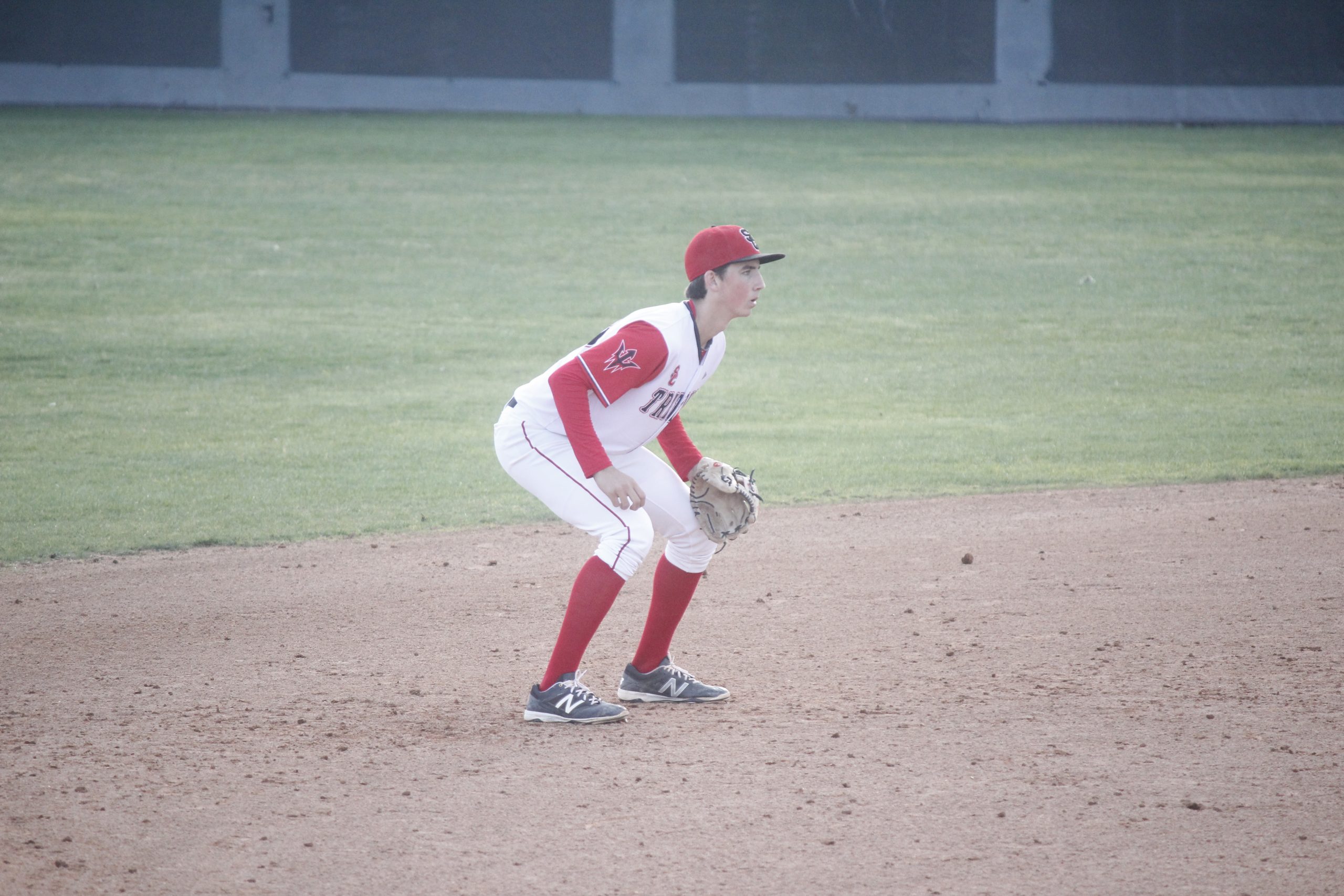 San Clemente native Michael McGreevy did not have to wait long to learn about his professional destination.

McGreevy—a sophomore right-handed pitcher at UC Santa Barbara—was selected 18th overall by the St. Louis Cardinals in the first round of the MLB Draft on Sunday, July 11.

The 2018 San Clemente High School graduate was the highest-selected former Triton since current Texas Rangers pitcher Kolby Allard was picked 14th overall by the Atlanta Braves in 2015. McGreevy is also the first San Clemente product selected in the first round since Allard.

McGreevy was an accomplished shortstop and pitcher at San Clemente High School, but it was during the exhibition season of his freshman year at UC Santa Barbara that McGreevy became a full-time pitcher, and his ascent to becoming a first-round pick began.

As a junior at San Clemente, McGreevy posted a 4-4 record in 13 appearances with a 2.67 ERA, a team-high four complete games, a team-high 37 strikeouts and a .271 opponents’ batting average. He also hit .321 with five doubles, a triple, four RBI and 16 runs scored.

McGreevy then committed and signed with UC Santa Barbara, and in the fall 2018 exhibition season, McGreevy became a full-time pitcher.

McGreevy operated exclusively out of the bullpen in his freshman season at UC Santa Barbara and put up a 5-1 record with six saves in 60 1/3 innings over 29 appearances. He posted a 1.94 ERA with 53 strikeouts and was named First-Team All-Big West Conference and to three freshman All-American teams.

Ahead of what was to be his sophomore season, McGreevy transitioned out of the relief role to become a full-time starter, but due to the pandemic, the season was cut short. McGreevy made four starts for a 2-0 record with 27 1/3 innings pitched. He compiled a 0.99 ERA with 26 strikeouts and only three earned runs.

McGreevy maintained his year of eligibility due to the pandemic-shortened season, and with another go-around as a sophomore, he shined for Santa Barbara in the starting role. McGreevy posted a 9-2 record in 101 2/3 innings over 16 starts with one complete game, along with a 2.92 ERA and 115 strikeouts. McGreevy had four games with 10 or more strikeouts, including 15 strikeouts against Cal Poly on April 30 and 12 strikeouts at UCLA on May 14.

Going into the MLB Draft, McGreevy was listed as the No. 28 overall prospect by MLB before being selected No. 18 overall by the Cardinals.

McGreevy will join fellow San Clemente graduate Andre Pallante in the Cardinals’ minor league system. Pallante, a 2016 graduate, was drafted by the Cardinals in 2019 out of UC Irvine and is currently pitching for the AA Springfield Cardinals.