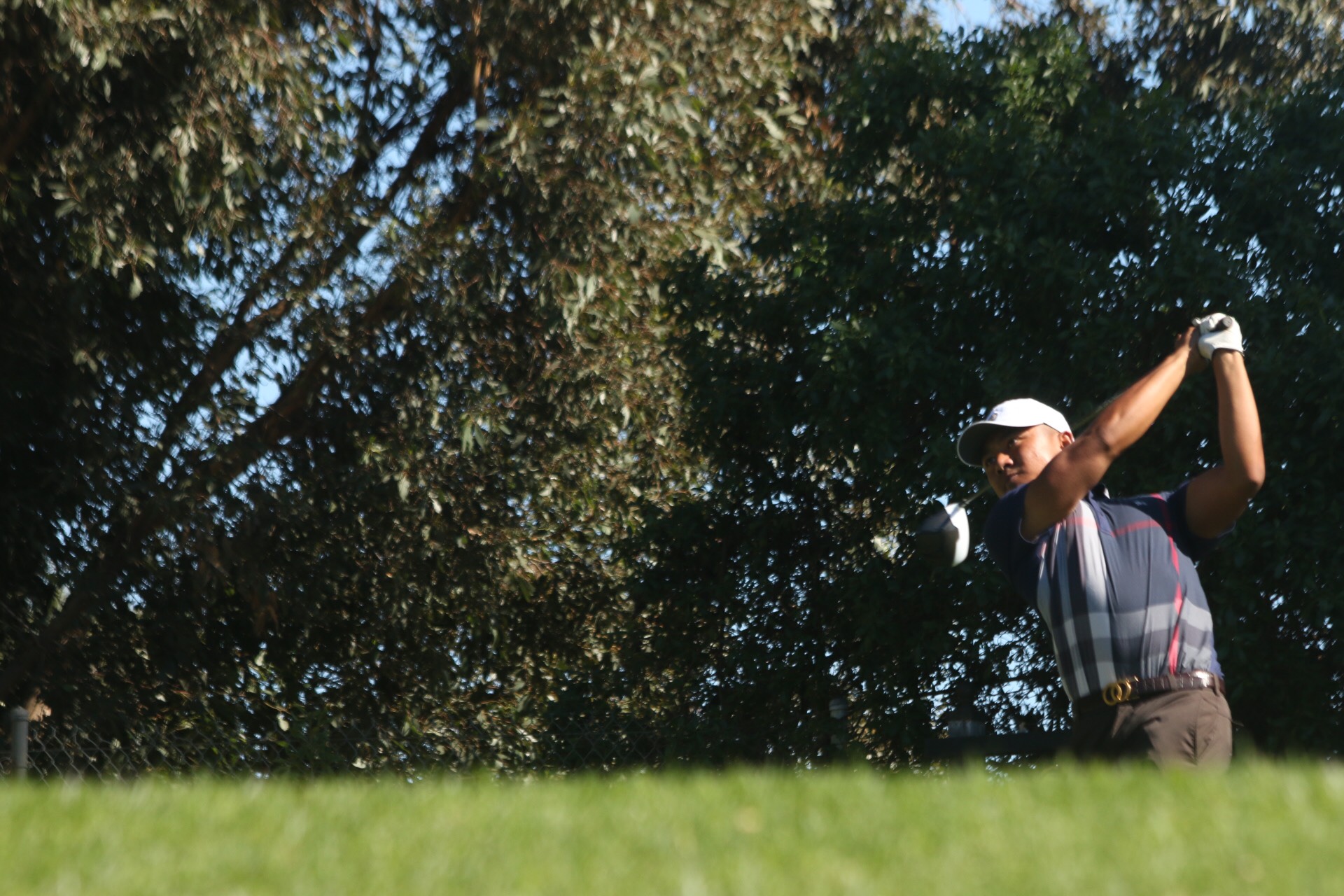 Marc Reyes tees off on the par-4 14th hole during the final round of the San Clemente City Golf Amateur Championship. Photo: Eric Heinz

Nick Gomez chips from off the green at the par-4 18th at the San Clemente City Amateur Golf Championship. Photo: Eric Heinz

Maybe course knowledge isn’t what it’s all cracked up to be.

Marc Reyes of Torrance won the San Clemente City Golf Amateur Championship on Oct. 22 despite never playing the tricky San Clemente Municipal Golf Course before. Rather than scout out the grounds or get a practice round in before competing for the city’s highest golfing honor, the former Orange Coast College golfer decided to tee it up blind and test his luck.

Warman, who set the tournament scoring record one year ago, had a quiet opening round of 71 (-1), but charged back into contention early in Sunday’s second round. Warman shot a Sunday 66 (-6), good for the low round of the day, but it was not enough to catch the long-hitting Reyes.

During his first round Reyes noticed he could take advantage of his length off the tee. He began to swing away without fear on most of the Muni’s par-4’s and par-5’s.

“On certain holes it opens up if you hit it far enough,” Reyes said. “I love hitting drive off the tee. If I have a chance, I will.”

Reyes opened his tournament on the back nine on Saturday, where he birdied the par-4 16th and par-4 18th holes to go out in 2-under-par. He lost a ball playing the front nine, his final nine, but still came in at 4-under for the round.

On Sunday, playing in the second-to-last group, he kept the pressure on the field, firing off six birdies and two bogeys to finish.

“Today I played a lot safer. I didn’t take too many risky shots like yesterday. I was just trying to keep it in play and finish strong,” Reyes said.

Reyes grew up in Torrance and attended Venice High School. He lettered in golf and went on to play one year at OCC before putting the clubs down to focus on his education. He is pursuing a mechanical engineering degree at California State University, Northridge, but still makes time for golf.

As for what he thought of the Muni and his blind approach strategy?

“Honestly, the course has teeth. It looks easy but, honestly, the greens were very tricky, especially the speed. I really had to adjust. I could tell there was a lot of local knowledge out there,” Reyes said.