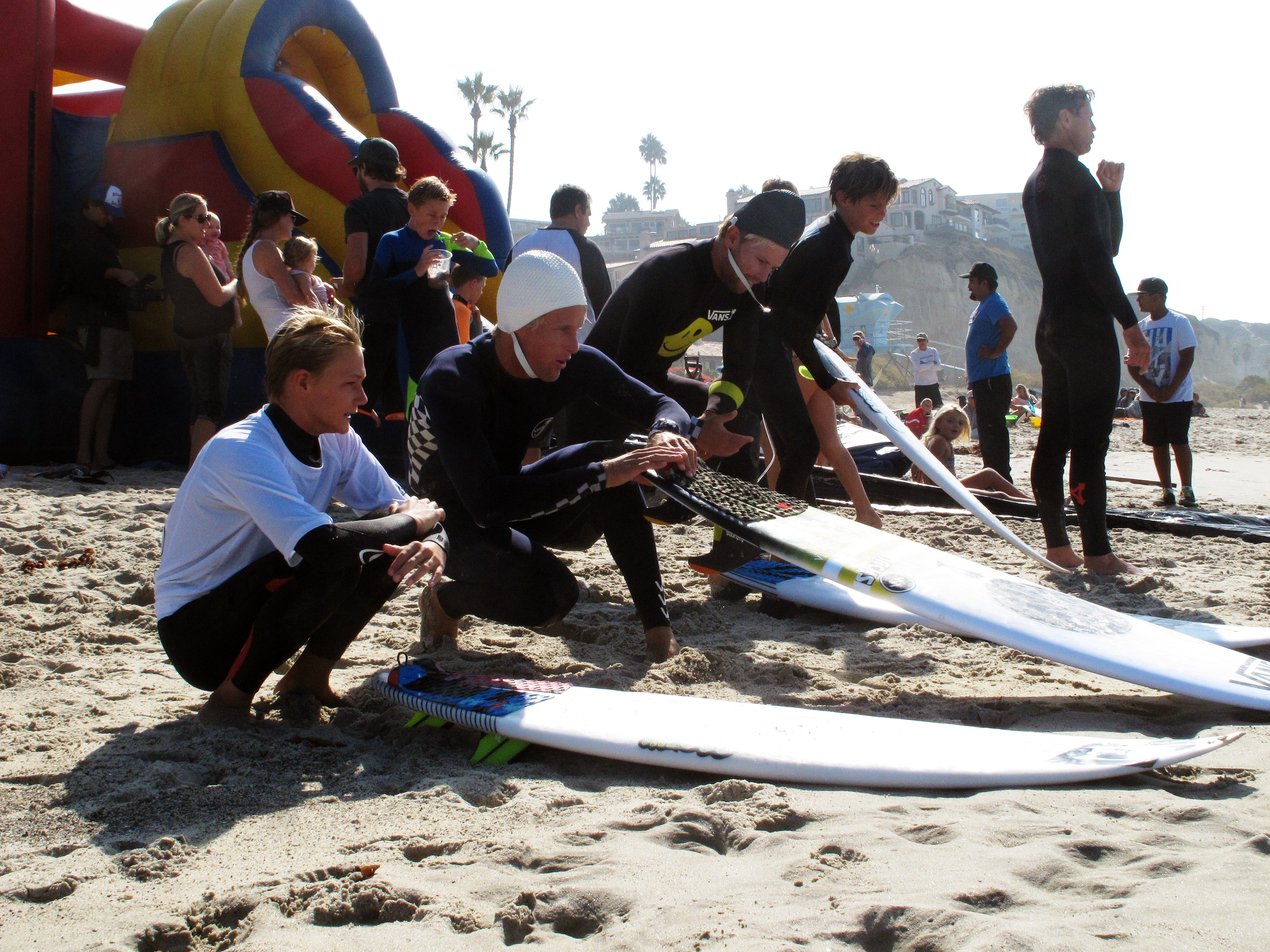 For five years running, Nate Yeomans’ Fishbowl Classic has captured the essence of what a down-home, local surf contest should be. From resident surf stars, to buck-toothed grommets, to supportive parents, and all of the other characters that make the local surf scene what it is, they all made the effort to come down to Riviera Beach in San Clemente on Sept. 17 and hang out.

“The whole idea was just to give all the local families a day to get together at the beach, hang out, ride some waves and have some fun,” explained Yeomans. “It’s crazy to think that it’s been going on for five years now. It’s one of those things that seems to just keep getting better and better every year.”

With the recent Hurley Pro in the review mirror, this year’s incarnation of the Fishbowl Classic was an opportunity to get back to what surfing’s all about: fun. The format’s simple enough. Local kids are paired with a pro teammate after pulling a name, fittingly, out of a fishbowl. The teams then go out and surf a 20-minute heat with the kids’ scores counting as a “double whammy,” or twice the pro’s score. The winning teams advance into a final, where a champion is eventually crowned. There are divisions for boys, girls, high schoolers and the crowd favorite OG Expression Session.

“It’s great to have all the pros come down. I think they might have more fun than the groms,” smiled Yeomans between heats.

“You see how psyched all the kids are and how much fun everybody’s having, it’s such a good reminder of why we all started surfing in the first place,” said Pat Gudauskas, who had to leave for Portugal shortly after the contest ended to follow the world tour. “It’s the kind of thing that grounds you and recharges the batteries. Everybody’s just so stoked to all be together at the beach. It’s epic.”

It mattered little that the surf was an inconsistent two to three feet, or that later in the day the wind came up. Adding an air of absurdity to the function at the junction, instead of wearing the traditional jerseys or singlets usually worn in surf contests, the pros were forced to wear old school, granny-style swim caps. Then there was the jump house that was set up right on the waterline, complete with a slip and slide into the shorebreak.

“It’s madness down here,” grinned Andino, who reveled in being swept up in it all.

In an early morning heat, Andino surfed with such exuberance that he chipped his tooth after his board hit him in the face in the shorebreak. Shortly after that, he reckoned it a good idea to have a go in the jump house. Hitting the slip and slide with a bit too much gumption, as he vaulted onto the slide with a wee five-year-old by his side, he landed hard on his tailbone. Needless to say, he wasn’t stoked, but he remained undeterred as he immediately directed his attention to a pick-up whiffle ball game.

By noon, the final was on, and was it ever stacked. Along with their respective grom teammates, Andino, Callinan and Seabass gave the heat a decidedly world-class feel. But in the end, it was local pro Kevin Schultz and last year’s winner Hagan Johnson that ended up taking the win.

Already a heck of a day at the beach, as the sun dipped below the horizon the party train rolled over to the O.C. Tavern for the awards banquet and some live music.

“I’m calling it Fishbowl-apalooza,” said Yeomans. “It’s such a fun day at the beach, I thought it would be fun to have something for everyone to do in the evening, too. So we started organizing the awards. We decided a band would be fun. Next thing I know, we’ve got six bands lined up.”

Hardly a solo effort, Yeomans’ entire family gets in on the act, helping him with logistics, setup and all of the details that have made this event so successful. He also leans a lot on the local community to help turn the dream into a reality. Sponsors like Lost Surfboards stepped up to help cover the cost of the beach permit, as well as donate a new surfboard for the first place finisher.

“We couldn’t do this without all of the local support, both from individuals and businesses. It’s a full community effort, and I have to say thank you to everyone that’s gotten involved,” said Yeomans.