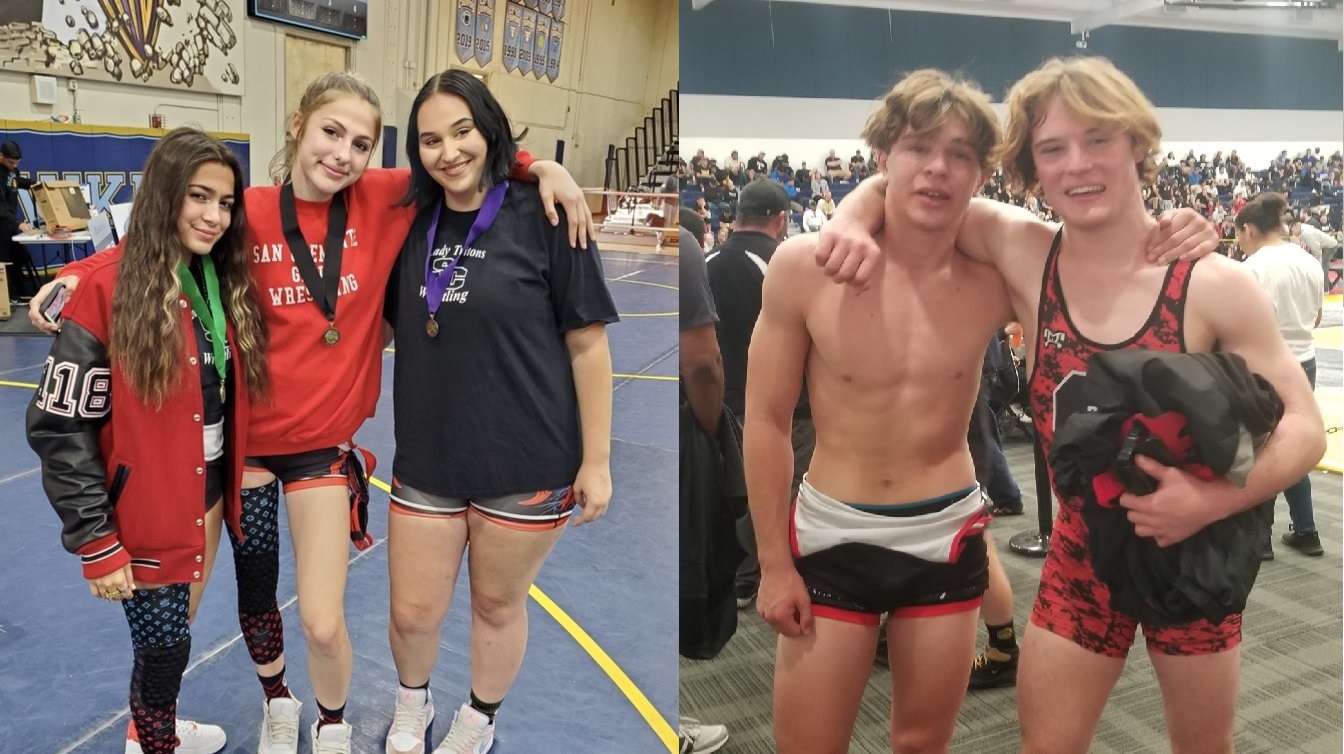 The San Clemente wrestling program was represented by two boys and three girls at the CIF State Championships in Bakersfield on Thursday-Saturday, Feb. 24-26. However, none of the Tritons could navigate their way through the stellar field to the podium.

Of the five San Clemente wrestlers who took to the mats at Mechanics Bank Arena, sophomore Eden Hernandez came closest to reaching the state podium in the girls 116-pound bracket. Hernandez was also the only Triton to finish with a winning record at the state meet.

Hernandez had to fight her way through the consolation bracket after losing her opening match by decision, 7-5, to the division’s No. 6 seed.

Hernandez won her first consolation match by forfeit and earned decision wins in her next two matches, 9-2 and 9-5. In the second round of the consolation quarterfinals, Hernandez hit the end of her road with a loss by fall in 2:26.

Hernandez finished one match away from a guaranteed podium spot, as the next consolation round solidifies at least an eighth-place finish.

Hernandez was ultimately San Clemente’s most successful wrestler in the individual postseason, with a CIF-SS Eastern Division individual championship and a fourth-place finish at CIF-SS Masters.

Senior Lily Mercado was the only San Clemente wrestler to win a first-round match at the state meet, with a win by fall in 2:21 at 235 pounds. However, in the second round, Mercado was beaten in a long match against the No. 6 seed by fall in 3:47. Mercado lost her first consolation match by fall in 1:36.

Mercado finished third in the CIF-SS Eastern Division and sixth at CIF-SS Masters.

Triton sophomore Berlyn Davis lost both of her matches at 126 pounds to the bracket’s No. 1 seed, by fall in 36 seconds, and by fall in 1:48 in the consolation round. Davis finished seventh in the CIF-SS Eastern Division and at CIF-SS Masters.

In the boys bracket, senior Vance Frabasilio was the only Triton to win a match. Frabasilio lost his opener at 160 pounds by fall in 2:48 to the No. 5 seed, but in the consolation round, he won by fall in 3:26. However, Fabrasilio had to forfeit his next consolation match.

Frabasilio finished fourth in the CIF-SS Eastern Division and seventh at CIF-SS Masters.

San Clemente senior Garrett Boyd lost both of his matches at 145 pounds. Boyd lost the first round to the No. 7 seed by decision, 5-2, and the consolation round by decision, 9-0. Boyd finished third in the CIF-SS Eastern Division and seventh at CIF-SS Masters.