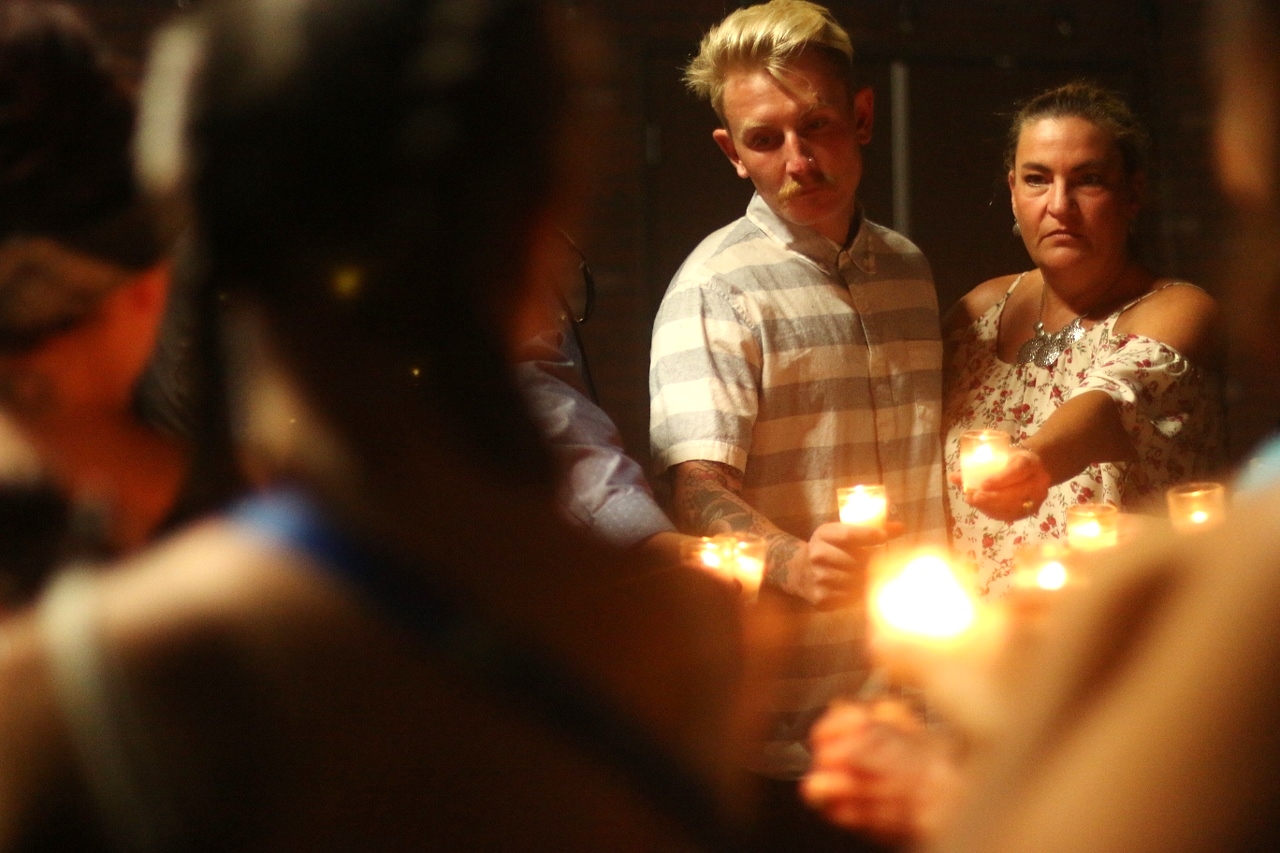 When a group of about 20 people, standing in a circle and holding candles for remembrance, was asked if they knew of someone who died from a drug overdose, everyone rose their hand.

A candlelight vigil was hosted in memory of locals who passed away as a result of a drug overdose on Aug. 31 at the Community Outreach Alliance (COA) headquarters in San Clemente for International Drug Overdose Awareness Day.

Pondo Vleisides, the executive director of COA, led the vigil at the headquarters of the organization with intermittent, positive music between speeches. At the end of the event, people came together to heal and talk about their experiences.

“Across the nation, it’s a time to collectively remember those who passed from overdoses and to bring education and awareness so we can find ways to change the culture,” Vleisides said. “It’s a way to reach out to those who are lost and end up using heroin or any other drug.”

Vleisides was a pastor of Talega Life Church, but he said during the vigil that he is no longer part of the clergy because he couldn’t bear overseeing another funeral of a young person who died as a result of an overdose.

But Vleisides’s faith hasn’t been shaken. He said he wants to continue to fight against opioid deaths and give people alternatives to drugs.

He said San Clemente recently had another death just a few days prior to the vigil.

“There were probably five or six people here tonight who had lost someone within the last three years,” Vleisides said. “The people here really want their loved ones to be remembered and bring awareness to the stigma that there really is no problem in these cities in South Orange County when there really is.”

Vleisides said it isn’t uncommon for people to hide the fact that they or their loved ones are struggling with addiction and don’t seek help because they don’t want other people to know.

“The biggest step we need to take is to figure out how to stop this,” Vleisides said. “We need to mentor and give kids extra motivation to not slip into the downfall. In the last 10 years, it’s been a big problem in San Clemente. Lately, it’s been spiking high.”

Although COA is working to provide alternatives to drugs, there are other ways people become addicted to opioids, such as abusing prescription medication. That can lead to using opioids from other drugs such as heroin or fentanyl.

The vigil was held just two weeks after a report by the Orange County Health Care Agency and the Sherriff’s Coroner’s Office found that in 2015 (the latest year for available data) San Clemente’s opioid overdose emergency responses rose from 53 to 71 between 2014 to 2015. Opioid-related deaths increased from one to six during that time.

The Centers for Disease Control declared opioid overdoses were a national epidemic earlier this year.