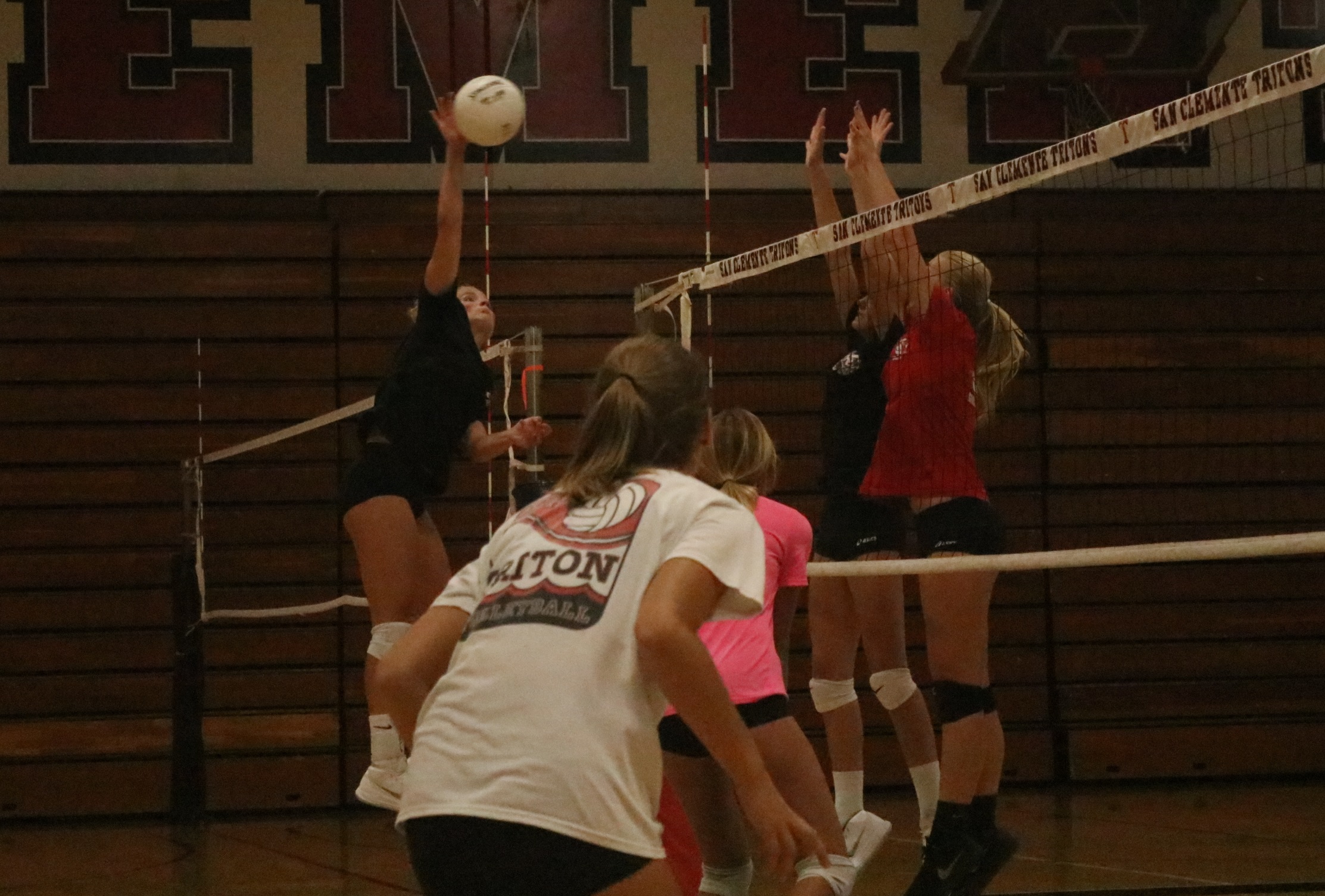 On Oct. 18, 2018, San Clemente isn’t playing again. In contrast to a year ago, however, the Sea View League champion Tritons are enjoying a Division 2 first-round bye while the CIF-SS playoffs start all over Southern California.

With a new coaching staff, a new league and a new mindset, San Clemente flipped an 0-8 South Coast League record into an 8-0 Sea View League record as the Tritons wait to take on their second-round opponent on Saturday, Oct. 20 at San Clemente High School.

“We really have 18 quality players, and everyone is able to contribute and push each other, in practice, in games,” San Clemente coach Casey Swenson said. “They were ready to turn a corner and change, and we’ve got some really talented players. It’s that ability to get the whole group contributing and moving in the same direction.”

“It was just super exciting for the whole group because we didn’t come in with any expectations,” Tritons senior Kirra Shulz said. “We didn’t really know what a new coach was going to bring us, and it ended up working really well. Everyone was super stoked to win. League, undefeated, it’s just fun.”

San Clemente got the league-win monkey off its back right away with a four-set win against Mission Viejo on Sept. 5, but Swenson said he knew his team really had the goods in its first league match at Tesoro.

The Tritons were 3-0 in league at that point, but Tesoro was the other South Coast League team that moved to the Sea View League with San Clemente.

“At that point, there were still a lot of questions about we feel like we should be the favorites, we feel like we should be competing for that league title,” Swenson said. “Both times we played Tesoro, we dropped the first game… Overcoming that and getting through that first game and building momentum the rest of the match, that’s when the girls really started to believe they can do it.”

League play kicked off that 10-game winning streak and 15-of-16 stretch.

Swenson called Shulz the team’s rock and go-to player. Both outside hitters, Lexi Gruszczynski and Tessa Van Winkle, have been effective. Swenson credited setter Malia Yim as steady and strong, middle Ella Gardiner as a difference-maker and Peyton Johnson and Chanel Sud as strong contributors off the bench.

All of Swenson’s players have contributed to get the Tritons to this point, and they will need to be ready after a 10-day layoff before their second-round opener.

”Taking the whole week in stride, making sure everyone’s healthy,” Swenson said. “Everybody’s pretty confident and feeling like by Thursday, Friday, Saturday, we’re going to be ready to roll.”

The Tritons host the San Marcos-Flintridge Sacred Heart winner on Saturday at 6 p.m.