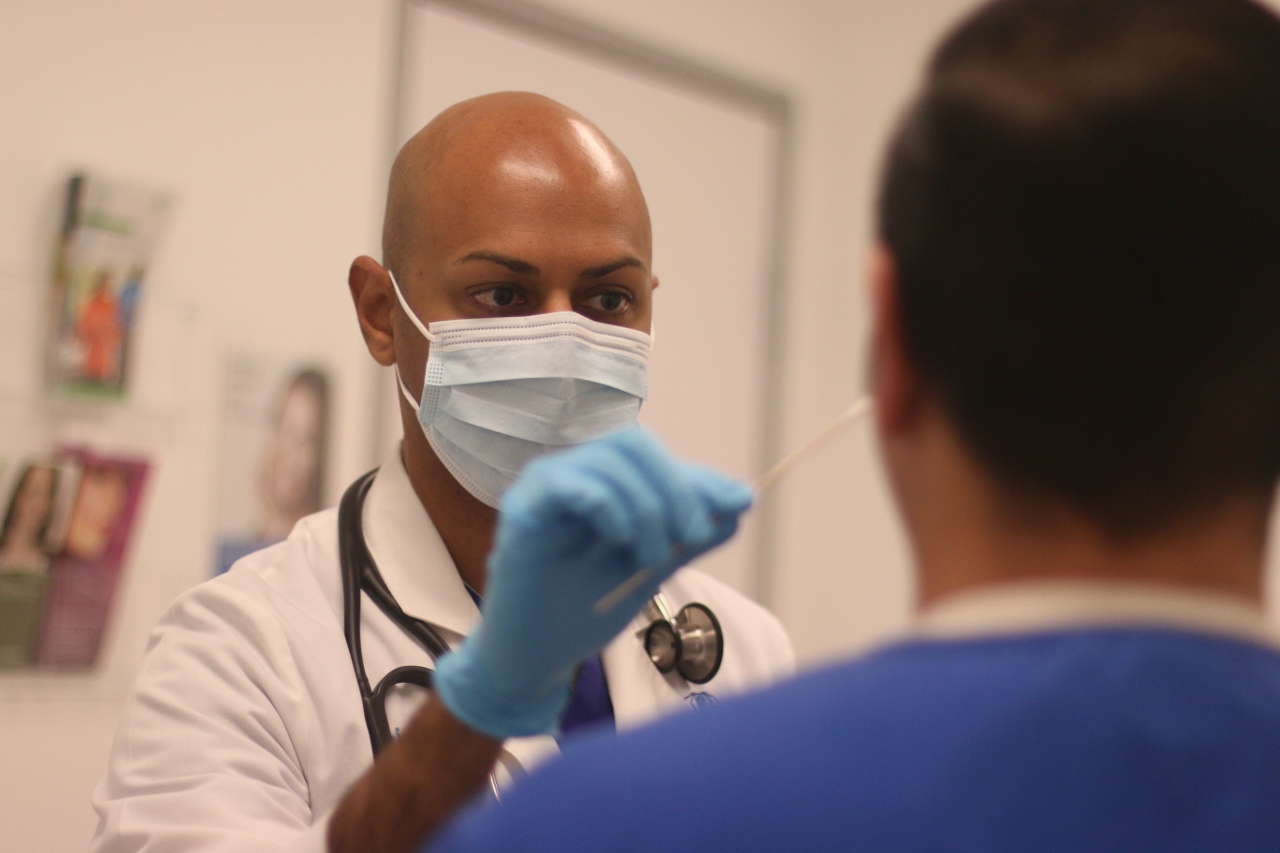 An uptick in reported influenza cases has swept through California the past couple of months, hitting much earlier than typical outbreaks that are expected each year.

Since October, numerous urgent care facilities and hospitals have seen large numbers of people reporting symptoms and testing positive for the flu virus. Many pharmacies have run out of certain flu-preventative and treatment medicines due to the influx.

“Influenza reports, predominantly the strain called ‘AH3N2,’ continued to increase in Orange County through week 52 (week ending Dec. 30), but may be decreasing in cases in the past week,” according to the California Department of Public Health (CDPH). “The recent number of reports have been higher than any flu season in the past five years. Twenty-eight (28) severe cases, including 12 children and six deaths, have been reported this season.”

According to CDPH figures published last week, Orange County saw its largest number of reported Influenza A cases since October, which was approximately 350. At its peak in March of 2016, the number of cases totaled 375 for one week.

Although the number of reported deaths and cases related to influenza is higher than years past, officials said this could be the peak of the season before residents see the disease start to recede.

The local effect
Colin Jairam, M.D., chief medical officer and owner of Hybrid MD Urgent Care in San Clemente, said he has seen large numbers of patients coming to his facility with flu symptoms, and many of the patients have tested positive for the virus.

“My last patient I just saw tested positive for Influenza A,” Jairam said during a phone interview on Jan. 12, “and yesterday we had two positive tests, and the day before two or three. We’re running out of our influenza tests, and I’m trying to budget it out. We are seeing a huge amount.”

“We’re definitely hitting higher numbers than last year,” Moreno said. “By all accounts, it’s a bump in patient numbers. We’re trying to identify those patients who are at a higher risk to the disease, such as people with weaker immune systems.”

In some extreme cases with patients older than 65, Moreno said they have administered IV fluids to stave off pneumonia, which can develop while being infected. He said they haven’t sent anyone to the emergency room yet for flu symptoms.
At Mission Hospital in Mission Viejo and Laguna Beach, the nearest facilities to San Clemente with emergency rooms, the demand for treatment has been comparable.

“We are seeing a dramatic increase in the number of patients coming into the emergency department with flu-like symptoms,” said James Keany, M.D., a board-certified emergency physician at Mission Hospital, through a prepared email statement. “As always, our primary focus in the emergency department is to care for patients with medical emergencies in a timely manner. Patients who do not have a true medical emergency should call their primary care doctor if they have concerns about their symptoms. Many patients recover from the flu without medical help.”

Officials with Mission Hospital said the hospital “isolates all patients with influenza according to Centers for Disease Control and Prevention (CDC) guidelines on both of our campuses (Mission Viejo and Laguna Beach) and the volume of patients in isolation has increased consistently with the increase of influenza in the community.”

Pharmacies are seeing supplies of Tamiflu, a flu-fighting medicine that works if taken within 48 hours of symptoms appearing, dwindle in the wake of the virus as well as shortages of flu shots.

Eugene Medley, Pharm. D., owner of Sea View Pharmacy in north San Clemente, said the demand for flu medicine is consistent with peak seasons, but the demand has come much earlier than past seasons.

“There is a shortage of sorts, and it’s been a supply chain distribution issue. We’ve seen it affect our patients here as well,” Medley said. “Today, we have some (Tamiflu). We don’t have a ton of it, but I was able to…buy the amount that I was allowed to purchase. The distributors are trying to shuffle their inventories to the areas that are experiencing the epidemic.”

Hospital officials said they have not experienced shortages of Tamiflu, but healthcare providers said that could change if demand continues to rise. Wait times and numbers of patients examined at Mission Hospital locations were not available before press time.

The strain of flu we’re experiencing

The time it takes to produce flu shots sometimes overlaps the beginning of each flu season, for which industries try to anticipate what kind of strain-resistant vaccinations to produce. A subtype of influenza, “AH3N2” has been the predominant culprit of cases reported recently in California and around the nation.

According to the CDPH, more than 80 percent of the cases this season thus far have been H3N2, and the remaining percentage has been the subtype H1N1.

Dr. Shruti Gohil, M.D., M.P.H., the associate medical director of epidemiology and infection prevention in the division of infectious diseases at the University of California-Irvine Health, said the H3N2 subtype commonly makes up the highest number of flu cases each year.

“The issue is that influenza, unlike measles or other viruses, mutates at such a fast rate, and there’s a time (between flu seasons) that we take our best educated guest about what we’re going to see (which strain of flu) in the next season,” Gohil said.

Flu shots are only as effective as the strain they’re made to protect against. Last year, the CDC reported about 60 percent of the vaccinations were effective against the flu, while this year, the flu vaccine may be anywhere from the low 30s to about 10 percent. That could be one component as to why this year’s outbreak is more widespread than in past years.

Despite these figures, Gohil said it could be that this year’s flu season peaked early, and there could be fewer-than-average flu cases reported in late February and March, when the flu season is typically at its worst.

“The whole timeline shifted, and we may see the overall same flu numbers to the end, I’m not sure,” Gohil said. “We’ll have to see how this all plays out.”

Protect yourself against the flu

Mission Hospital officials said patients should only use the emergency room for critical situations. People should seek medical attention from a primary care physician or urgent care first, as wait times for the emergency department can be lengthy.

Officials also recommended that people remain at home if they are experiencing fever or respiratory symptoms, even if vaccinations have been administered. People should remain at home until fever or other symptoms of the flu have decreased.

Certain people, ages younger than 5 and older than 65, are at a higher risk for developing influenza-related complications and might benefit from antiviral treatment. This is a decision between the patient and his/her doctor. Antibiotics do not work to fight the flu.
Medication such as Tamiflu can reduce symptoms if taken within 48 hours of the beginning signs of infection, but health officials said it’s important for people who are at risk to get their flu shots.

Symptoms of influenza include: