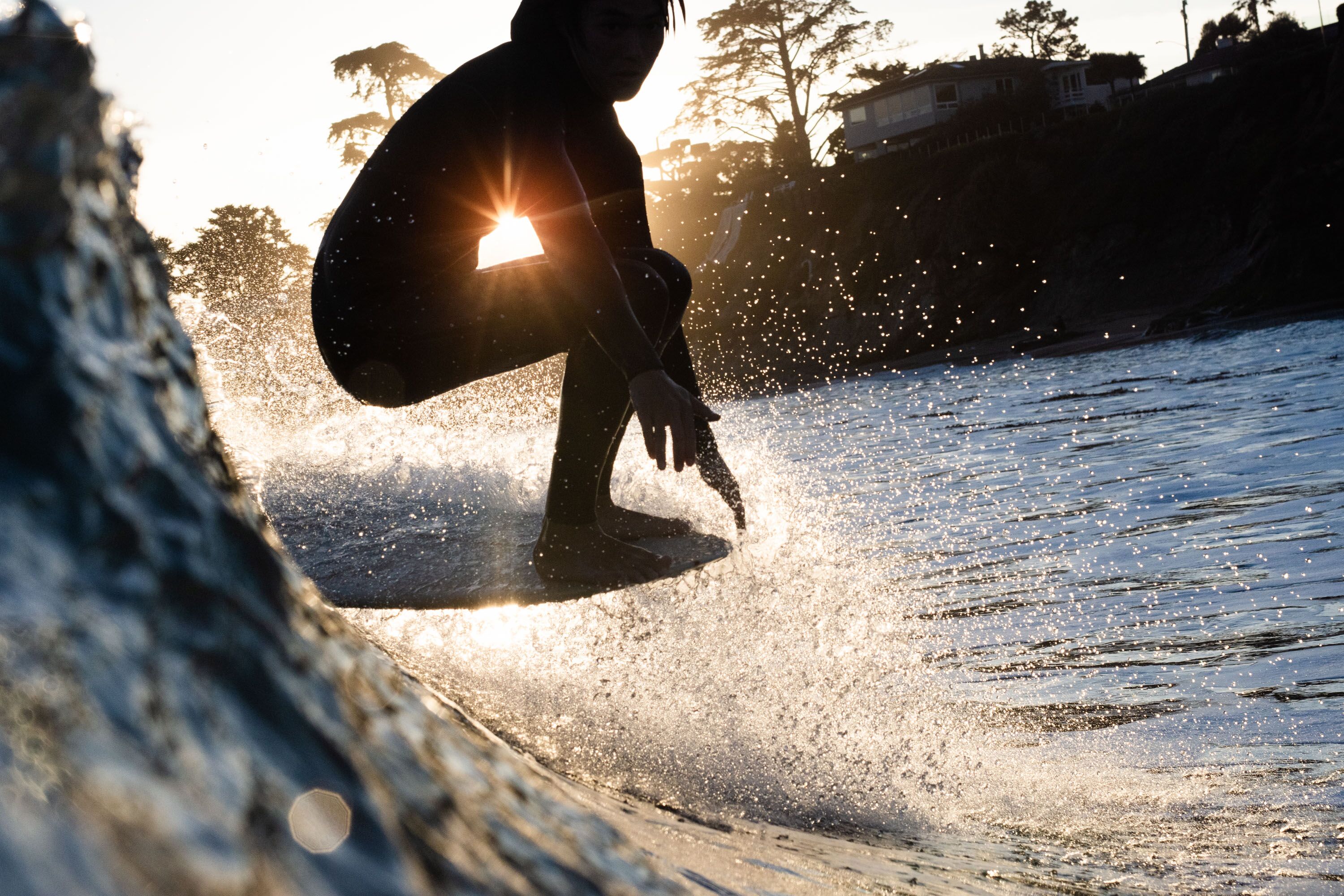 Celebrating the next generation of surf photographers, the 2019 Follow The Light Awards are coming to the Ocean Institute in Dana Point next week

Nobody put Salt Creek on the map like Larry “Flame” Moore. Turning the close-out barrels at Gravels into his own personal photo studio during his 30 years at the helm of the Surfing Magazine photo department, Moore transformed the Dana Point surf spot from South Orange County backwater to world-renowned destination. His tack-sharp, perfectly lit photos were plastered on the covers of the magazines and featured in all of their full-spread glory on the pages.

Throughout the 1980s and ’90s, “Flame” provided the guiding light for radical, progressive, modern surfing. After succumbing to cancer in October 2005, the Follow The Light surf photography grant program was established in 2006 in his honor. Providing aspiring documentarians and artists with a platform to be discovered and earn some start-up cash, Follow The Light grants helped launch the careers of modern luminaries such as Chris Burkard, Todd Glaser and Morgan Maassen.

After 10 years, the program took a brief hiatus, but this year Follow The Light was relaunched by the Surfing Heritage and Culture Center in San Clemente. Working with Moore’s family, it was an opportunity to reaffirm the commitment and continue to support the surf photographers of tomorrow.

“As the first winner of the Follow the Light Award, I can tell you that it had a profound impact on my career,” Burkard said. “I’m so pleased that FTL is back, and I know it will continue to be a game-changer for all of our participants.”

The return of Follow The Light was announced before the summer, and submissions poured in from around the world. By the time the final deadline had passed, nearly 100 submissions from aspiring surf photographers had come in. The quality of the works and passion exhibited by the young shooters was everything Moore would have dreamed of.

“When we announced in February that Follow The Light was returning, we really didn’t know what to expect” said Don Meek, FTL committee chair at SHACC. “When the submission window closed on May 31, we were absolutely blown away by what had been turned in. There’s a lot of incredible talent out there.”

Limited to photographers under the age of 25, the top five finalists have been announced. They include Shane Grace from Haleiwa, Hawaii; Nick Green from Hobart, Tasmania; Ryan Mack from Brick Township, New Jersey; and Santa Barbara-area photographers Paul Greene and Nolan Sullivan.

“Photography is so diverse and always changing; if you are sick of shooting one thing or a certain way, then you can mix it up to keep it fresh,” said Green, who’s making the trip from Tasmania all the way to Dana Point exclusively for the Follow The Light Awards. “Photography has also led me to the most amazing experiences, introduced me to the greatest people and allowed me to travel; it’s fueled the lifestyle I seek, as well as been a creative outlet for me to pursue.”

When the planning process for the 2019 Follow The Light Awards began, a number of influential surf industry players got together and decided it was important not just to offer a cash prize to the winners, but also working opportunities to help potentially launch their careers. The response from the sector was impressive.

Vans stepped up and will be offering an opportunity to shoot the upcoming Triple Crown of Surfing on the North Shore of Oahu. The World Surf League offered the chance to shoot the Freshwater Pro at the Surf Ranch in Lemoore, California, later this month. And Billabong will be using one of the finalists on an upcoming campaign shoot. All of these experiences should provide the recipients with invaluable experiences and the opportunity to build and foster relationships that could help get their careers off the ground.

“The industry support has been so incredible, and we’re so thankful,” said Glenn Brumage, the Executive Director at SHACC. “It really illustrates how important surf photography still is to the culture and lifestyle. Images inspire us to go chase perfect days, ride bigger waves and live that surf life. It’s important to recognize and celebrate that, and it’s an honor to be able to do it in Flame’s memory.”

The Follow The Light Awards will take place on September 12 at the Ocean Institute in Dana Point. Tickets are now available at SHACC.org.