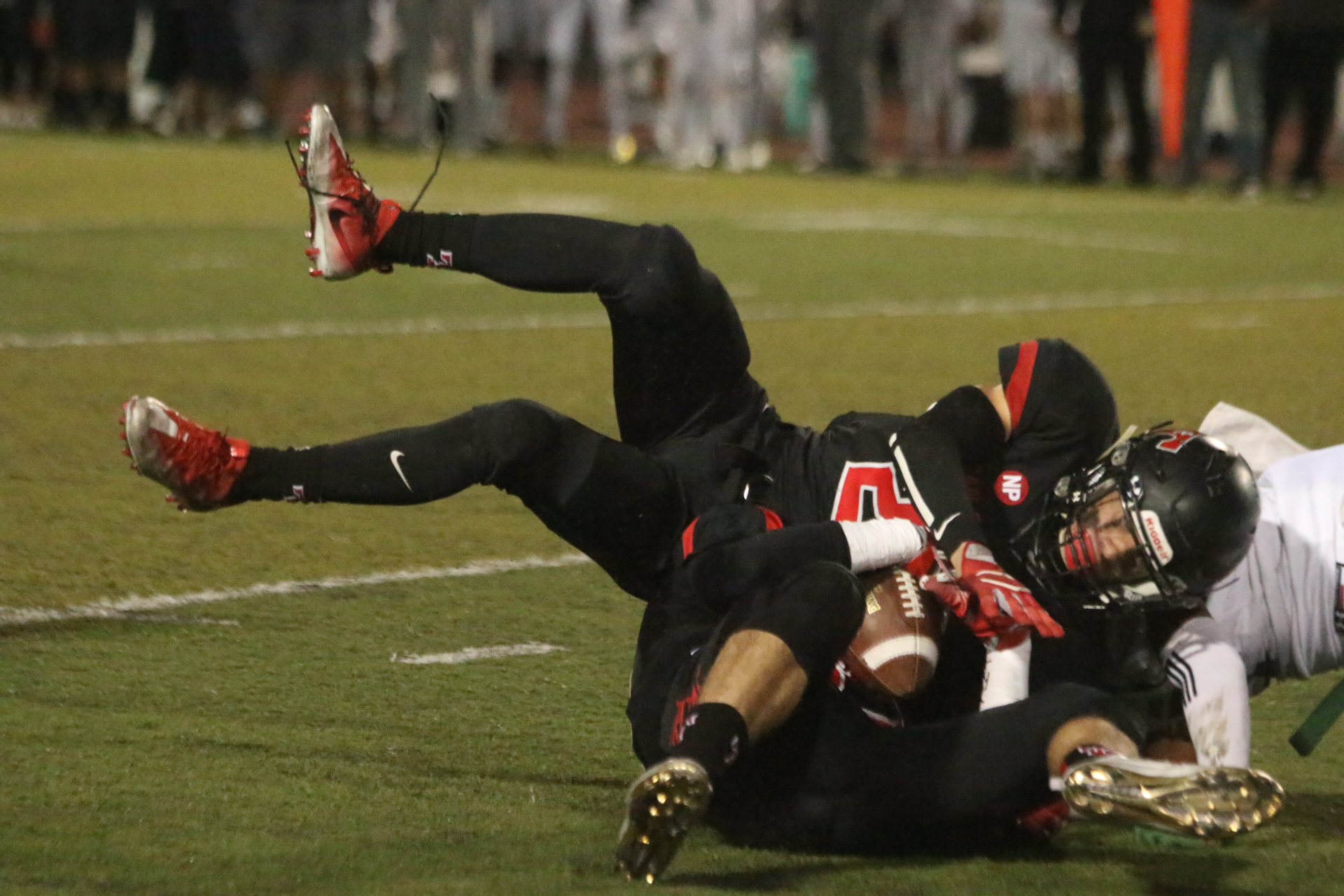 Like the old saying goes: In football, defense wins championships.

The San Clemente High School football team began its CIF-SS Division 2 Championship quest on Nov. 11 playing host to Chino Hills in the first round, and got a spectacular effort from its defense in a convincing 36-13 victory.

It was a promising sign for the Tritons’ program, which has reached the CIF-SS finals two years running.

San Clemente will travel to play top-seeded Heritage (11-0) in the second round on Nov. 18.

San Clemente turned two of their forced turnovers into points in the first half, and Shippy recorded his first interception two minutes into the game.

A fumble recovery by Tritons senior linebacker Mario Rossi toward the end of the first quarter gave San Clemente the ball at the Huskies’ 16-yard line. Three plays later, senior Brandon Reaves punched in a one-yard touchdown run for a 7-0 lead.

Chino Hills responded on its next drive when sophomore running back Walter Carl III scored on a 10-yard run to tie the game.

After a Triton three-and-out, Shippy intercepted Chino Hills quarterback Austin Zavala again with four minutes remaining in the half. A 32-yard pass play from quarterback Jack Sears to Reaves set up another one-yard Reaves touchdown run.

The sequence turned out to be the shot in the arm the Tritons needed, as the opening 24 minutes were slowed due to multiple penalties committed by both teams.

“(The touchdown before the half) was huge. We knew we were getting the ball back at halftime so we said lets go down and score and get a little momentum on our side,” San Clemente coach Jaime Ortiz said. “We got turnovers at the crucial time. We bent but we didn’t break at times. The turnovers were huge for us.”

San Clemente received the kickoff in the second half and didn’t look back. They went on to outscore Chino Hills 22-6 the rest of the way to punch their ticket to the second round

Chino Hills stayed committed to its running attack in the second half, but could not find the end zone. Carl III led all players with 145 rushing yards on 26 carries.

The Tritons settled into a groove offensively in the second half, and they were powered by Sears. The senior Duke commit passed for 83 yards and two touchdowns and added 73 yards rushing over the final two quarters. Sears finished the night with a team-high 98 rushing yards and completed 11 of 17 passes for 201 yards.

Reaves scored three rushing touchdowns, piling up 46 yards on 10 carries. Receiver Keith Jones caught seven passes for 106 yards and a touchdown. Jones caught an 11-yard pass from Sears late in the fourth quarter to close out the scoring.