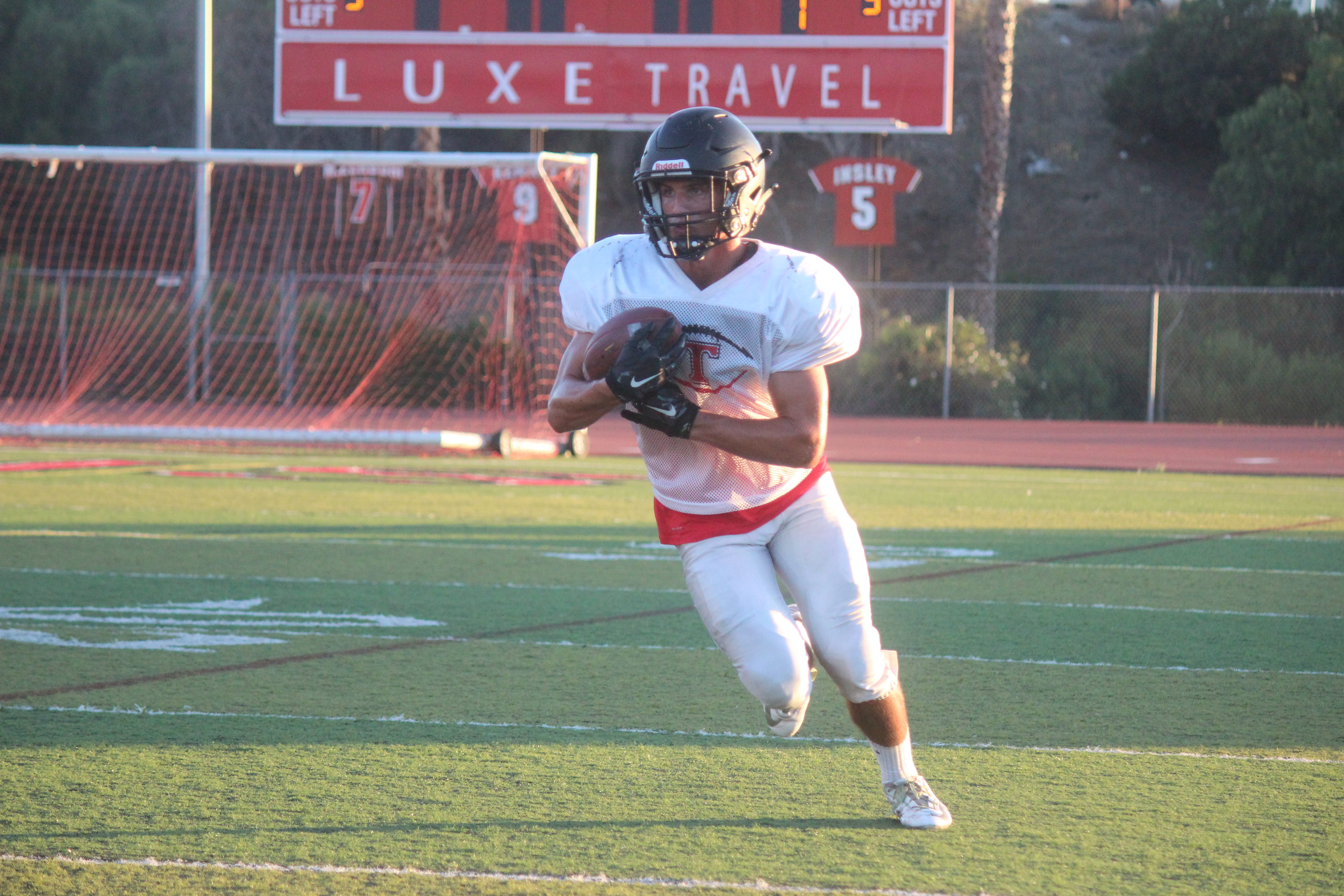 For in-game updates, scores, news and more for all of the San Clemente High School fall sports, follow us on Twitter @SouthOCsports.

The San Clemente High School football team’s season-opening game on Aug. 26 will not be an easy one. The Tritons will play host to defending CIF San Diego Section Division 1 champion Oceanside, in what the two teams are billing as “The Battle for the Base,” a reference to the two cities’ proximity to Camp Pendleton.

Oceanside is already a battle-tested team. In 2015, the Pirates limped into the playoffs following a 2-2 run through the Avocado-West League before catching fire in the postseason. Oceanside won four straight games en route to the San Diego Division 1 title and appeared in a CIF State Division III-AA regional bowl game. Oceanside will return 15 starters from last year’s team to the field on Friday night.

Last season, the Tritons were upset by San Juan Hills in the first game of the year. San Clemente entered the game as a heavy favorite, but couldn’t gain traction as the Stallions roared out to a 27-0 lead at halftime.

In an attempt to make sure his team will be better prepared for this year’s opener, Ortiz started the Tritons’ offseason camp one week earlier than last year.

“If you don’t come in (the opening game) and you don’t respect your opponent, then you kind of go through the motions and that can bite you real quick,” Ortiz said. “We learned a hard lesson that week (against San Juan Hills) and we weren’t ready to play mentally and physically. I think the kids are a little more prepared this year than we were last year.”