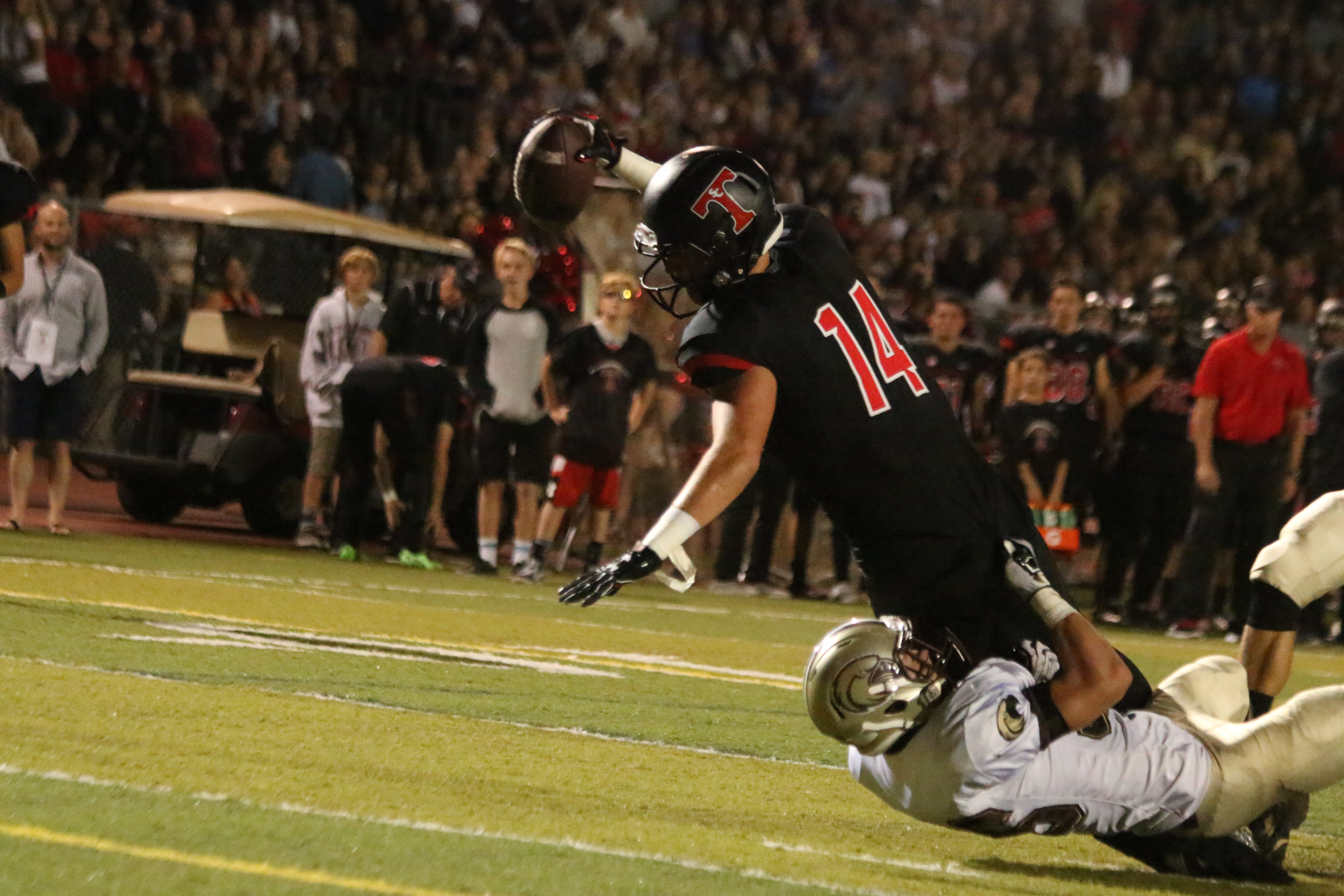 The Tritons finally marched onto home turf on Oct. 23, playing at San Clemente High School for the first time since their win against Newport Harbor on Sept. 25. The bleachers were filled to capacity as San Clemente’s homecoming crowd anticipated the team’s second league matchup of the year against Laguna Hills High School.

This fortunate crowd enjoyed a one-of-a-kind performances throughout the night, both at halftime and between the whistles. The San Clemente Tritons handily ran away with a 59-0 shutout win over the Hawks, recording their second league win of the 2015 season.

Junior quarterback Jack Sears was on fire from the start.

Sears went 17-22, throwing for 247 yards and five touchdowns and no interceptions against a rickety Laguna Hills defense. He also rushed for 75 yards and scored two rushing touchdowns, recording seven total touchdowns before being removed for the entire second half.

Two of Sears’ passing touchdowns were thrown to senior tight end Cole Fotheringham, who caught three passes for 47 yards and played both sides of the ball. In last year’s matchup against the Hawks, Fotheringham caught 11 passes for 135 yards and two touchdowns.

The offensive success of the Tritons is likely because of their no-nonsense attitude during the team’s bye week.

“We couldn’t slow down. We knew we had to continue to work hard during the bye week,” junior receiver/running back Brandon Reaves said.

Reaves, the Tritons top receiver this season, made the biggest impact on punt-return duty. In the first half, he had returns of 13, 20, and 19-yards to set the Tritons up with good field position.

The win over the Hawks is the sixth straight Sea View League win for the Tritons, dating back to last season.

The Tritons (6-2, 2-0) will play Trabuco Hills High School (3-5, 2-0) next week in what is arguably the most anticipated Sea View League matchup yet. Last year, San Clemente’s final game of the season was a 44-37 loss to Trabuco Hills in the CIF-SS Southwest Division Final.

The game will be held at Trabuco Hills High School on Oct. 30 at 7pm.