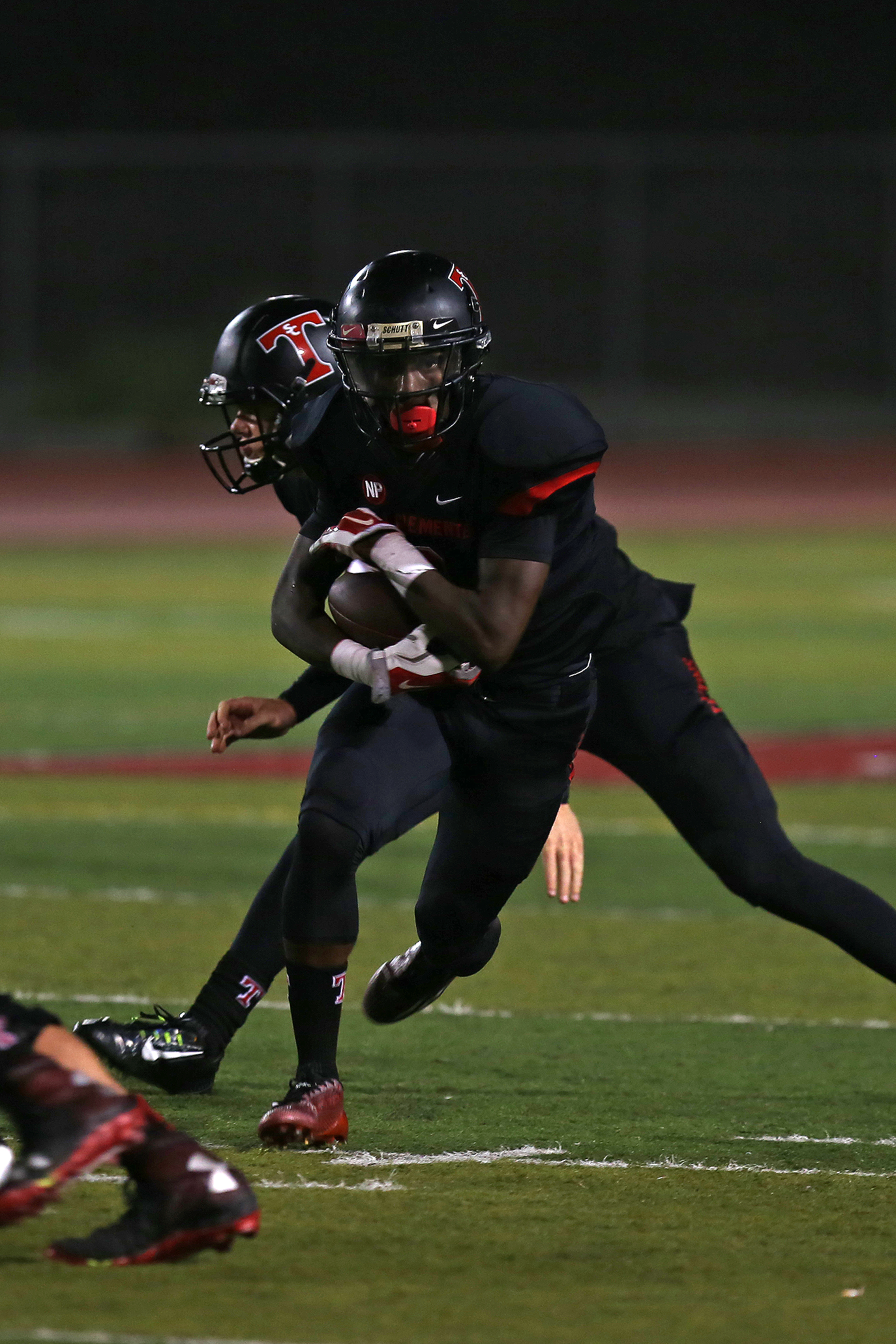 Spring football practice may have come to an end recently, but the San Clemente High School football team has been keeping busy in the offseason.

Several Triton football players, who have made the rounds in satellite camps and invitational events, have picked up collegiate offers in recent weeks, according to head coach Jaime Ortiz.

Junior quarterback Jack Sears attended a Nike camp several weeks ago and, according to Ortiz, camped for the University of Washington, Boston College and Utah soon after. At the Utah satellite camp, Sears (6-3, 190) picked up his first offer from the Utes. Former Tritons standout Travis Wilson is Utah’s current starting quarterback.

Sears was the backup for the Tritons in 2015 and saw limited time under center. He completed 18 of 34 pass attempts for 215 yards.

Tight end Cole Fotheringham added the University of Nevada to his growing list of offers. Fotheringham (6-5, 220) has offers from BYU, Utah, Utah State and Boise State. Fotheringham led the team with 50 catches, recorded 585 yards and scored eight touchdowns in 2014.

Rising junior running back Brandon Reaves had a breakout year as a sophomore and holds an offer from Colorado State. Reaves rushed for 645 yards on 89 carries and scored 13 touchdowns last year. He also caught 40 passes for 558 yards and seven touchdowns. Reaves’ 40 catches were the second-highest mark on the team.

One Triton who has already made his college choice is senior offensive lineman Tucker Scott, who committed to Utah on March 30. Scott (6-4, 275) was a first team All-Sea View League and All-CIF selection as a junior.

For updates on recruiting and the Tritons football team throughout the offseason, follow us on Twitter @SouthOCsports.