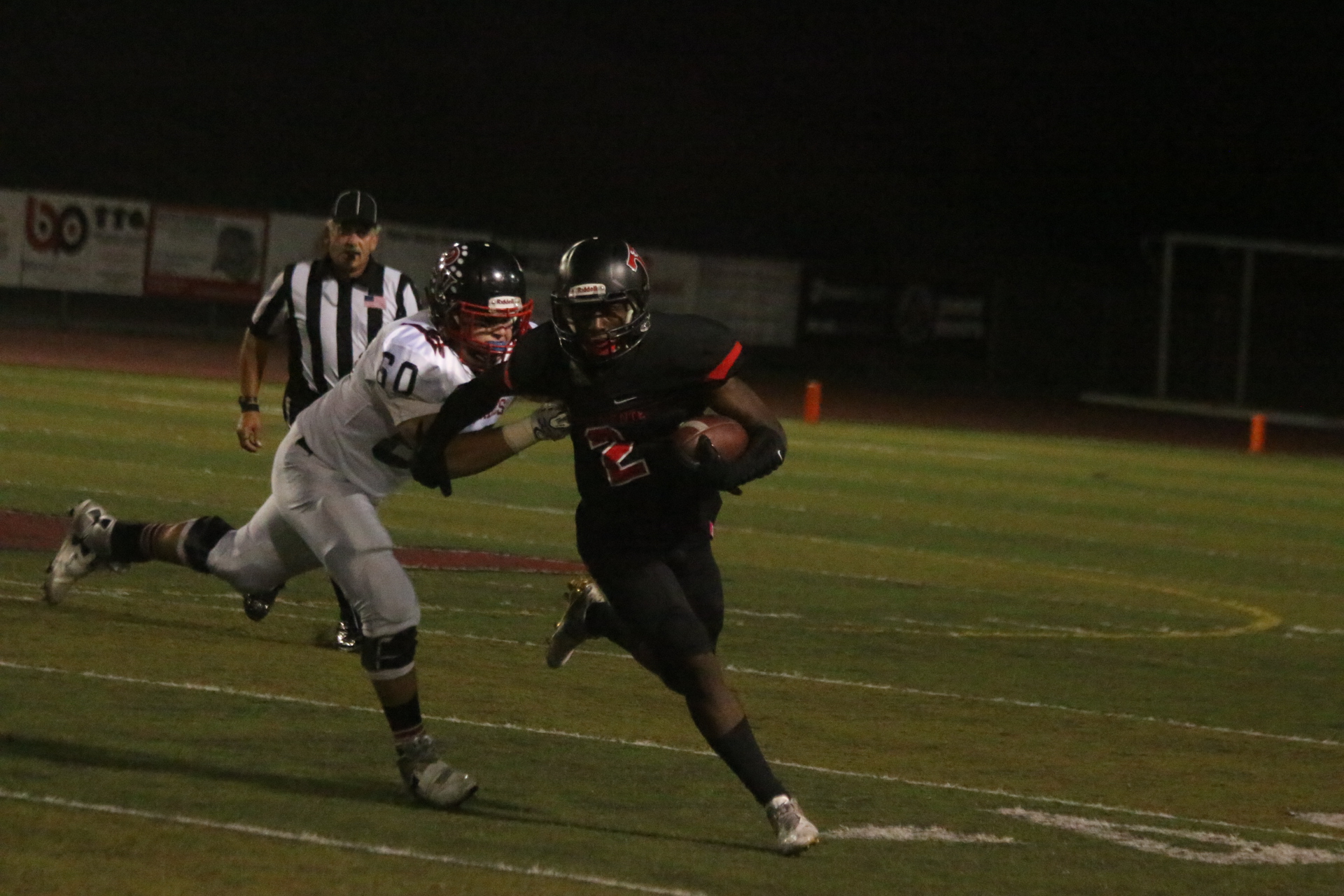 Football: Tritons Bounce Back With 28-7 Victory Over Palos Verdes

After suffering a tough loss one week ago, the San Clemente football team entered its game against visiting Palos Verdes with a focus on overcoming a little early-in-the-season adversity.

The Tritons sure faced plenty of obstacles against the Sea Kings on Sept. 23, but came away with a solid 28-7 nonleague victory.

In a hard-hitting game that featured dozens of penalties, most of which came against the Sea Kings, the Tritons relied on their defense to hold the visitors to just one score, which came in the second quarter.

The Tritons had to make due for much of the second half without their standout quarterback Jack Sears, who was tackled in the backfield in the third quarter and did not return.

Sears was replaced by Sander Lush, who ignited the night’s most exciting play and put the game out of reach. Lush passed to senior Brandon Reaves in the backfield, who took a dropstep and heaved a pass downfield to a sprinting Chase Berman. Berman corraled the pass but fell down at the one-yard line. Lush punched in a one-yard touchdown run moments later and San Clemente took a 28-7 lead.

The Tritons had another injury scare earlier in the game, when Reaves was hit at midfield on a run and was slow to get up. Reaves opened the scoring just moments before the hit, catching a five-yard touchdown pass from Sears to make it 7-0.

Sears engineered an 89-yard scoring drive on the Tritons’ next series, ultimately connecting with Keith Jones for an eight-yard touchdown pass to go up 14-0.

Palos Verdes (2-2) scored on a three-yard touchdown run by Anthony Messori in the second quarter to make it 14-7, but struggled to find a rhythm for the rest of the game.

The Sea Kings committed  nine penalties for 80 yards and were limited to 196 total yards of offense. Palos Verdes attempted four fourth down conversions and were successful on just one attempt.

“It’s a testament to our defense playing really well against an offense that likes to beat their chest and play gritty football and we came out on top,” San Clemente head coach Jaime Ortiz said. “We faced some adversity last week and the kids came back and defended our home turf against a quality opponent.”

A 72-yard Reaves kickoff return set up an 11-yard touchdown run by Austin Whitsett just before halftime. Reaves caught four catches for 55 yards and a touchdown and had four carries for 41 yards.

Sears completed 10 of 14 passes for 99 yards and two touchdowns. Ortiz said he was held out of the game for precautionary measures and that the injury is expected to be minor.