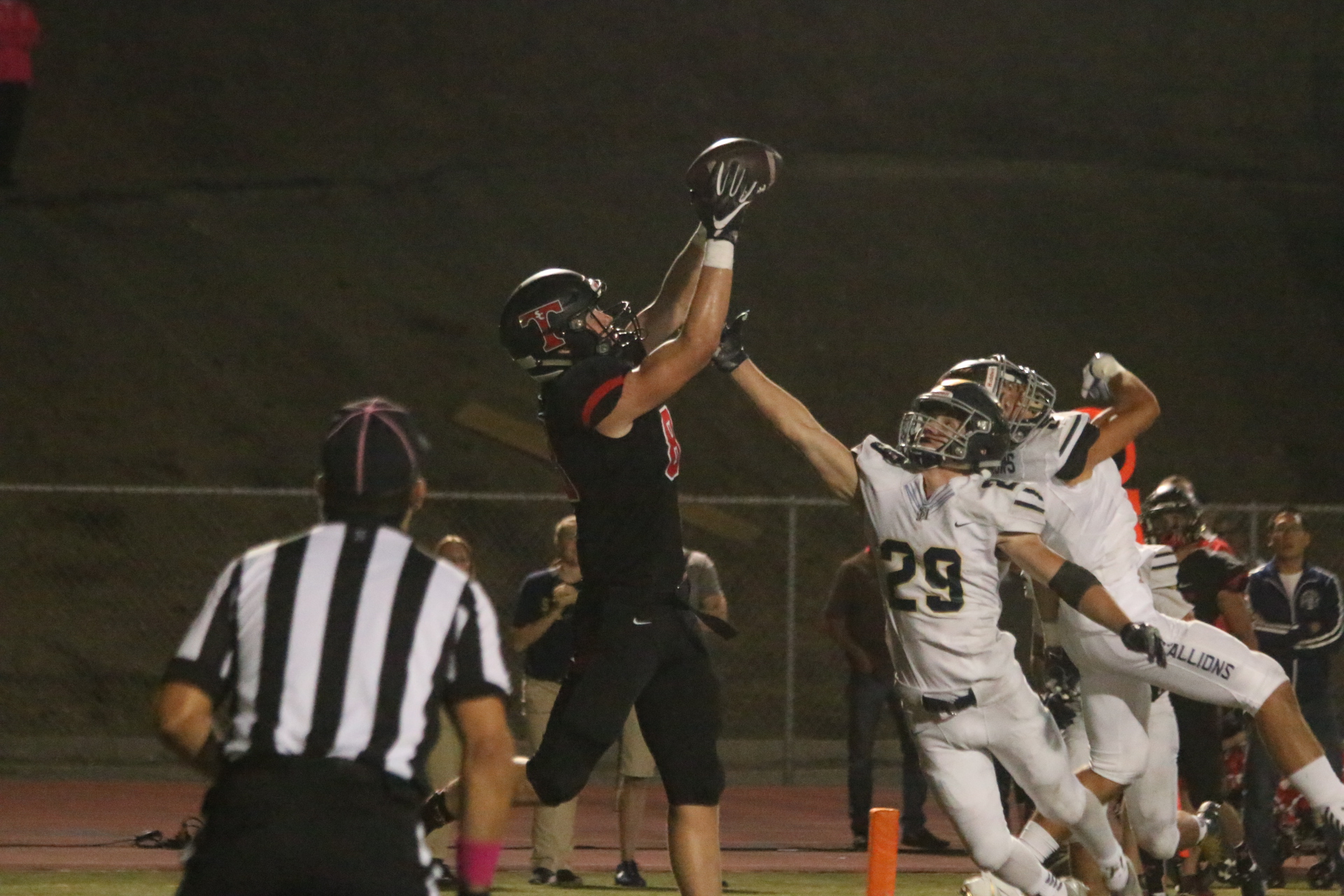 The two linked up for three touchdowns in the first half against visiting San Juan Hills, which powered the Tritons to a 35-20 South Coast League victory in front of a raucous homecoming crowd.

Kane’s role as tight end expanded greatly several weeks ago, when fellow tight end and BYU commit Isaac Rex broke his leg. Kane, Sears and Rex spent hours practicing routes together this offseason, and with Rex on the sideline, Kane has filled in as the team’s go-to big-target receiver.

Kane, who had caught just 11 passes all season, reeled in eight catches for 98 yards and scored the first three Triton touchdowns against the Stallions.

After the Tritons recovered a San Juan Hills fumble on a punt return, Sears led his team downfield, and connected with Kane for a third time after rolling to his right inside the Stallions 15-yard line. Kane, who stands at 6-feet-5-inches tall, leapt over two Stallions defenders to reel in the touchdown, giving San Clemente a 21-7 advantage.

“Over the summer Jack and I decided we were going to put a lot of extra work in. Just really work on getting better, work on timing and everything,” Kane said. “We really just had to work and have patience and trust each other. It’s worked out well.”

Sears kept the offense humming all night, both in the air and on the ground. He burst through a hole at the line of scrimmage on a play to start the third quarter, and scored on a 64-yard run for a 28-7 lead.

San Juan Hills was able to build momentum in the second half, and kept it close when receiver Cayden McCluskey corralled a tipped pass at the goal line and strolled into the end zone to cut the San Clemente lead to 28-13 late in the third quarter.

The win puts San Clemente in the driver’s seat to claim one of the South Coast League’s two automatic playoff berths. The Tritons will travel to play Trabuco Hills (2-7, 0-2) next week.