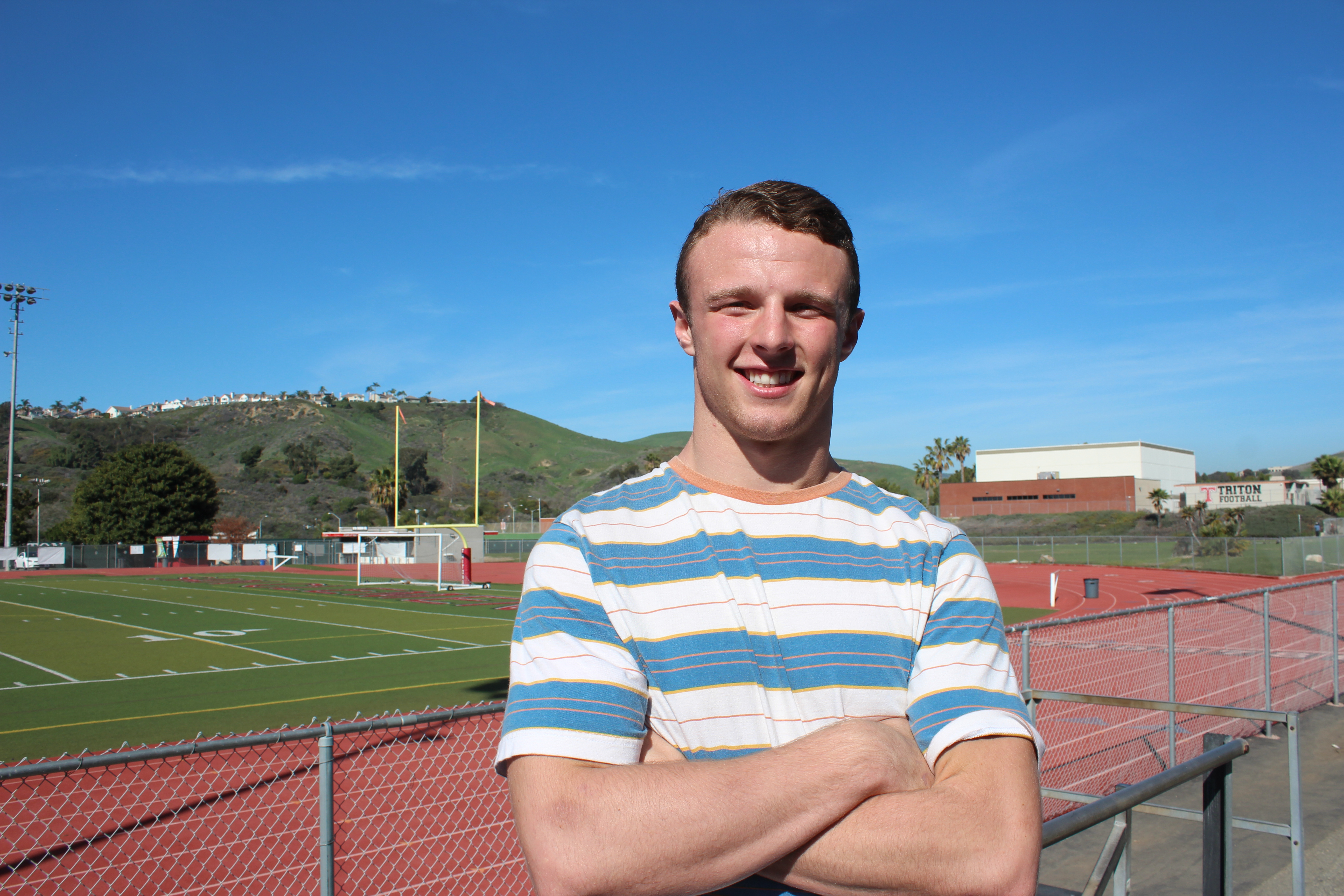 Once he stepped on campus at Boise State University, Riley Whimpey had a feeling that is where he would be the happiest playing collegiate football.

Whimpey, who transferred to San Clemente High School by way of Utah for his senior season, barnstormed his way onto the Orange County football scene. The 6-foot-2-inch hard hitting middle linebacker recorded 172 total tackles, shattering the previous school record of 115, helped power the Tritons to the CIF-SS Southwest Division championship game and was named the division’s defensive player of the year.

Following such a breakout year, the college suitors came calling.

Utah State posed an interesting angle for Whimpey. His two older brothers, Kevin and Kyle, are both Aggies. Kevin Whimpey, an offensive lineman, will play his final season there next year.

The University of Utah of the PAC-12 jumped into the mix after Whimpey had already taken his official visit to Boise State. Whimpey contemplated taking an official visit to Utah and called up Harsin to tell him about it. Once he got off the phone, Whimpey had second thoughts on taking the trip.

“After I got off the phone with (Harsin) I don’t know, I just didn’t have the best feeling about going on the Utah trip,” Whimpey said.

One hour later, Whimpey’s mind was made up. He was ready to commit to Boise State.

“I’ve had a really good feeling about Boise ever since I met with coach Avalos. We’ve had a good relationship and gotten along really well,” Whimpey said. “I’ve known Boise is the right place for me. I’ve known it ever since I was in coach Harsin’s office. I wanted to commit and become a Bronco.”

Whimpey will not immediately join the ranks of the Broncos roster next season. After he graduates, he plans on taking a two-year LDS mission and serve his church. Currently, the Broncos are loaded with junior and senior linebackers, which makes Whimpey’s scheduled arrival date on campus in 2017 a perfect fit.

But a two-year mission is something Whimpey has dreamed about doing since he was a small child. His two older brothers and his father also served on missions in their youth and Whimpey plans to make his own mark once he graduates.

“I’ve always known it was the right thing to do ever since I was a little kid so I’ve been planning on doing it,” Whimpey said. “Having Boise working with me on that means a lot. So I’m excited to go on my mission.

Riley Whimpey by the Numbers

Interceptions: 2 (1 returned for a touchdown)