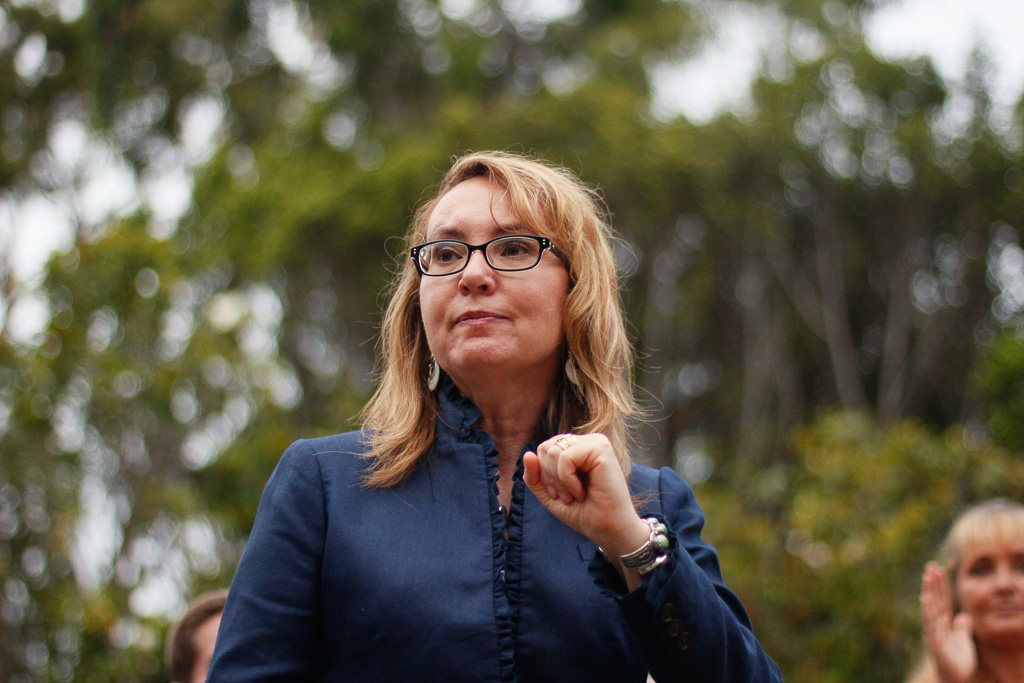 Former U.S. Congresswoman Gabrielle Giffords of Arizona spoke to about 150 people at a private function in San Clemente on July 17, urging those in attendance to vote for candidates who would support stricter gun-control legislation.

Giffords attended the event with her husband, astronaut Mark Kelly.

“Now is the time to come together to be responsible as Democrats, Republicans, everyone,” Giffords said. “We must never stop fighting. Be bold, be courageous; the nation is counting on you.”

Gun-control debates are likely to be a hot issue all the way into the general election—they’ve been discussed in political arenas for years, but the prevalence of mass shootings has brought it to the forefront of national politics.

Organizations that have put significant amount of money toward candidates in favor of protecting federal gun rights argue that fewer guns would make it less safe for the general public.

The function was held at a private residence in south San Clemente for California’s 49th Congressional district candidate Mike Levin, a Democrat from San Juan Capistrano, who faces Republican candidate Diane Harkey of Dana Point in the November general election.

The November general election is Nov. 6.