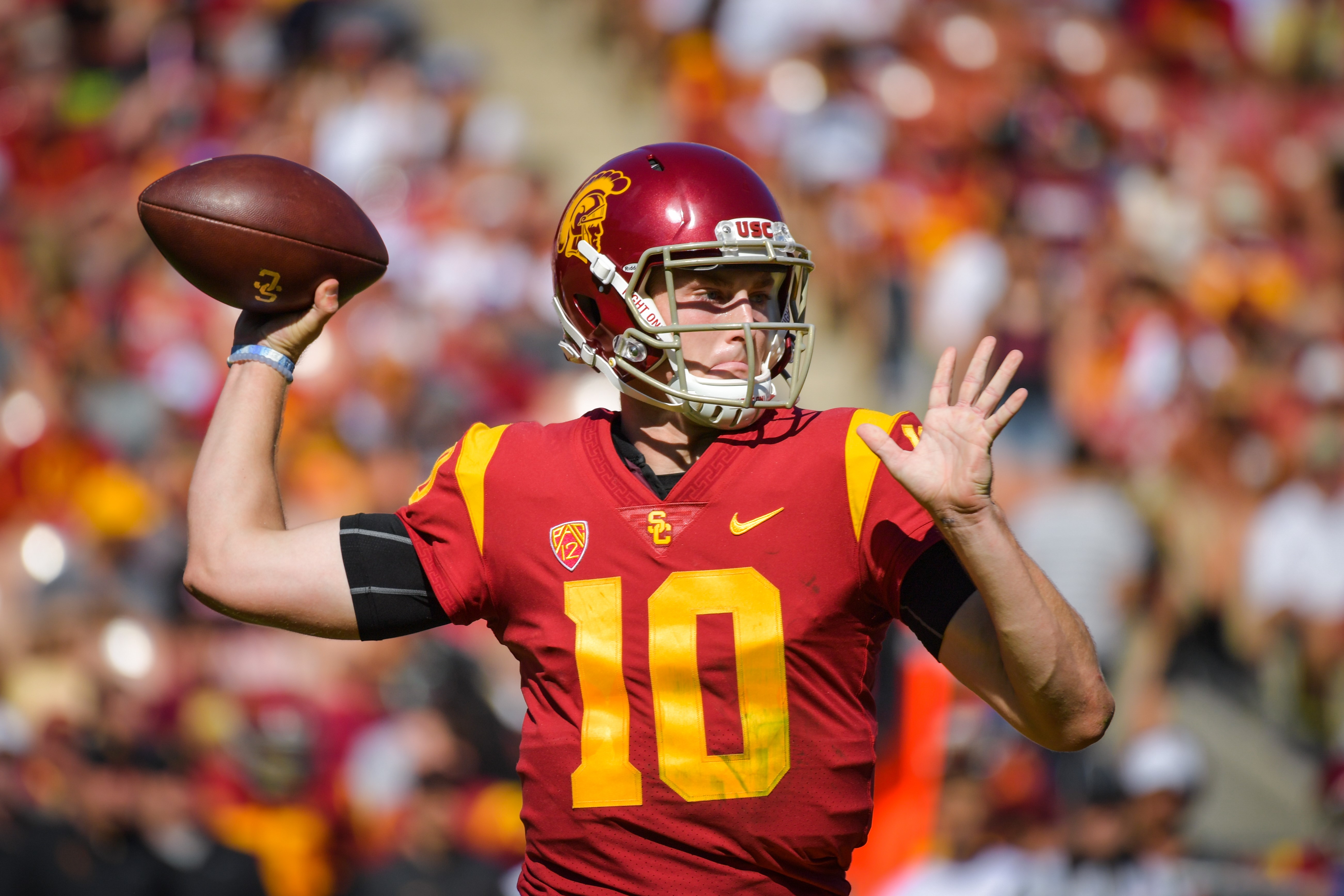 The 2016 CIF-SS and State champion and former USC quarterback has signed with Boise State as a graduate transfer, Broncos head coach Bryan Harsin announced on Monday, May 18.

Sears will be immediately eligible for Boise State, with two years of college eligibility remaining after he graduated with a business administration degree from USC in December.

After graduating from USC, Sears had signed a grant-in-aid agreement with San Diego State in December, but after a coaching change by the Aztecs, Sears did not show up for the first week of classes at San Diego State, signaling another departure.

After leaving San Diego State, Sears made visits to Northwestern in Illinois, the University of Virginia and North Carolina State before ultimately signing with Boise State.

The 6-foot-3, 205-pound Sears will seemingly compete for the top spot for the Broncos with a familiar face, former Murrieta Valley quarterback and Boise State sophomore Hank Bachmeier. Sears and the Tritons defeated Bachmeier and the Nighthawks for the 2016 CIF-SS Division 2 championship. That night in Murrieta, Sears completed 19 of 24 passes for 223 yards and two touchdowns and ran for 179 yards and two touchdowns in the 45-35 San Clemente win. Bachmeier completed 12 of 20 passes for 265 yards and three touchdowns.

At Boise State as a freshman last season, Bachmeier started eight games and missed six due to injury. Bachmeier led the Broncos with 1,879 passing yards and completed 62.56% of his passes with nine touchdowns. Bachmeier returned from injury to start the Las Vegas Bowl against Washington. Boise State was 7-1 in Bachmeier’s starts.

Boise State will also have redshirt junior Chase Cord in the quarterback competition. Cord played in eight games with two starts last season. Cord completed 59.34% of his passes for 670 yards and two touchdowns

After graduating from San Clemente High School in December 2016, Sears enrolled early in the spring of 2017 redshirted his first season at USC in the fall. As a redshirt freshman, Sears was the third-string QB at USC for most of the season, but was able to see his first, and only, action as a starter against Arizona State. Sears completed 20 of 28 passes for 235 yards and two touchdowns in the loss to the Sun Devils.

The promising appearance against Arizona State did not translate to more promising times with the Trojans. Sears was moved down to No. 4 on the USC depth chart ahead of the 2019 season, which prompted Sears to enter the transfer portal in August.