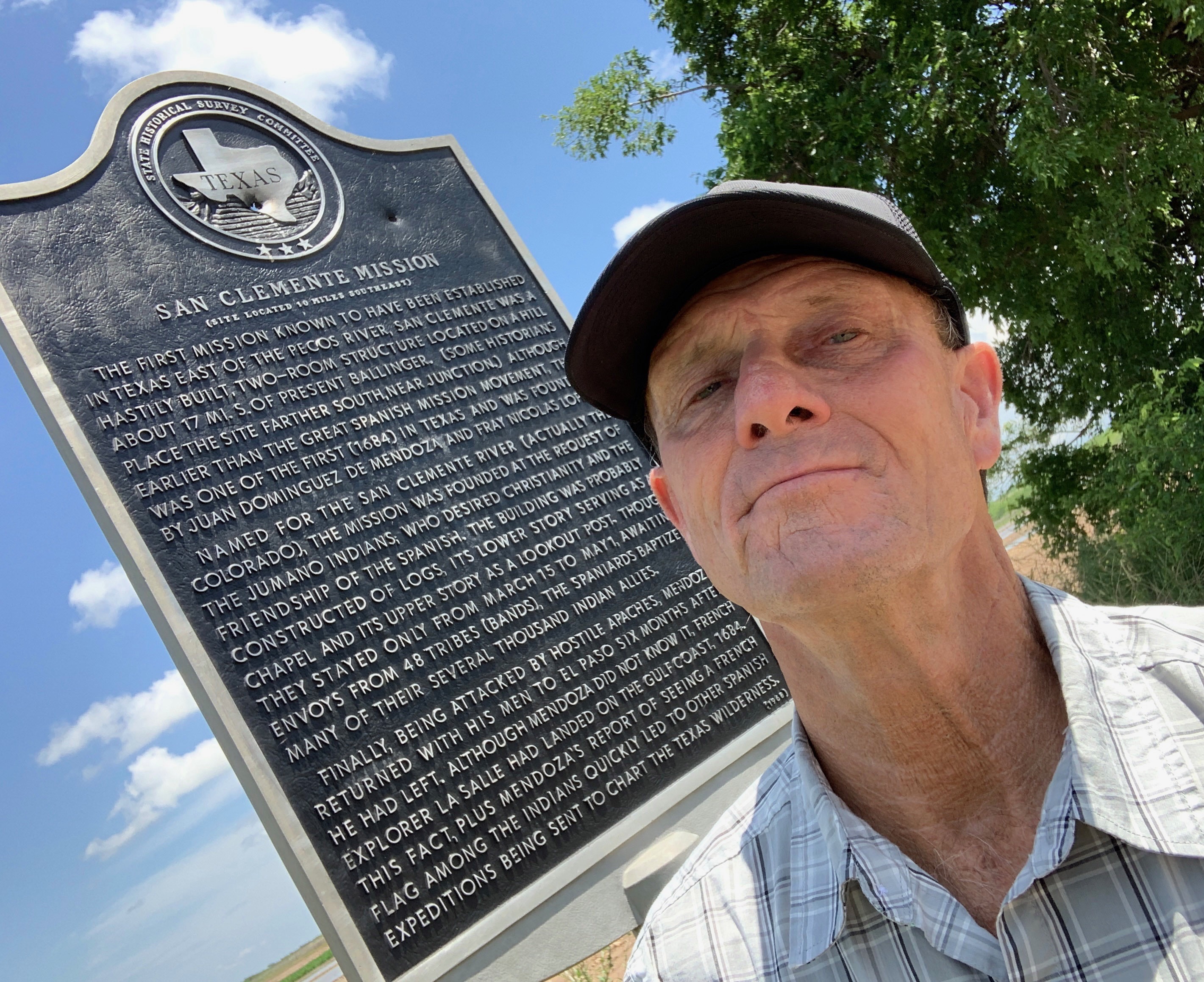 Four new names will adorn San Clemente’s Wall of Recognition in the coming weeks, as the city announced on Thursday, June 30, its 2021 and 2022 honorees, including local journalist and San Clemente Times columnist Fred Swegles.

Joining Swegles as a 2022 honoree is Don Brown, a former member of the city’s Planning Commission and active member of the community who volunteers his time helping a handful of local nonprofits.

For the 2021 Wall of Recognition honorees, those are going to local artist Lisa Spinelli and Don Glasgow, a volunteer and supporter of many nonprofit organizations, civic organizations and churches.

For decades, Swegles has covered the town of San Clemente and other South County affairs. As a career newsman, who got his start as cub sports reporter for San Clemente High’s The Triton, he’s chronicled San Clemente’s city government, events and happenings, crime, development and the surf scene.

About a year ago, Swegles was diagnosed with glioblastoma, a brain tumor, that has required surgery and ongoing treatments. As a result of his condition, he’s developed aphasia, inhibiting him from coming up with words and doing what he does best—writing.

Swegles told SC Times on Thursday that he is very appreciative of the recognition and hopes to attend the ceremony in-person.

Don Glasgow previously volunteered with the San Clemente Beaches, Parks and Recreation Foundation, helping the group raise funds through its San Clemente Carnival Colossal and Expo. He’s also one of the co-founders of Courtney’s Sandcastle Charitable Foundation, which works to support programs and activities at the universal playground at the Vista Hermosa Sports Park.

On Thursday morning, Glasgow, who had already earned a Volunteer of the Year recognition from the City Council more than a decade ago, said that when he first learned about the latest honor he “was totally surprised.”

“I love this city,” said Glasgow, acknowledging that he’s “grateful to everyone in this city … I appreciate this city for allowing me to play in this sandbox. It’s been fun.”

“I like being involved where people need help, and could use some help. I like to dive into those projects,” he later added, touching on his most recent work supporting Kingdom Builders Ministry, which helps underserved communities in areas of Mexico including Tijuana and Mexicali.

Fellow Wall honoree Don Brown is currently serving as president of the San Clemente-based PierPride Foundation. The retired pilot with the U.S. Marines Corp has spent his years in San Clemente volunteering with other groups such as the Boys & Girls Club of South Coast Area and the San Clemente Exchange Club.

For about a decade, Brown sat on the city’s Planning Commission. Three of those years, he served as the chairperson and for five he was the group’s representative to the city’s former Coastal Advisory Committee.

Speaking with SC Times on Thursday, Brown was at a loss for words, still reeling from the news he was nominated and subsequently selected to be honored this year.

“I just about dropped the phone, it just about flattened me,” Brown said of the phone call he received from the city the day before. “There are so many other people who I think are worthy of it.”

Reflecting on his tenure as a planning commissioner, Brown said he had the privilege of working on the city’s General Plan and the honor of working with other civic leaders, community volunteers and watermen, including the late Bill Hart.

“It was at a time in my life when I wanted to give back to our city and make it better, so I just kind of plowed ahead with that in mind,” Brown said. “Don’t know who wrote me up (for a nomination) but I’m definitely honored.”

Asked what it meant to have Spinelli, Glasgow and Swegles as his fellow honorees, Brown said he was “in great, tall company, I’m very honored to be standing up with them.”

“Lisa is an old friend, a wonderful artist … she’s very talented and artistic,” said Brown, who further noted that she documented the March 1983 storm that nearly wiped out San Clemente’s pier, taking the iconic photo “The Day the Pier Broke.”

On Glasgow, Brown praised him for his work on the beaches, parks and recreation scene. He also said Glasgow and Swegles are “so monumental, those guys are just huge to me.”

Brown later gushed over Swegles’ work and contributions to the town, crediting one of his weekly pieces in particular that had caught the attention of the city’s elected officials and led to positive change.

“One of the great things he did in the early ’90s was the ‘Pothole of the Week,’” Brown recalled of the photo series that highlighted a pothole around town, of which there had been many.

Spinelli on Tuesday, July 5, said it was an honor to be recognized, and that she was in a bit of shock when she first learned the news.

“It was kind of shocking; I was shocked because I feel that I work with so many … I feel like I’m really part of the whole here. I’ve always felt like that,” she said, adding: “Immediately, I thought about all the people who I’ve done things and participated in things with across this town, who are deserving; I feel like I’m taking this award for all of us.”

Spinelli, who’s been a photographer and into art since childhood, recalled receiving her second camera at 8 years old, when she won a VFW poster contest. Professionally, she’s worked in advertising, continuing to take photos, while also producing artwork for programs and writing news releases.

And just like her fellow honorees, she’s also volunteered with many local organizations, using her artistry and photography skills to support groups such as the San Clemente Historical Society, the Cabrillo Playhouse and Casa Romantica Cultural Center & Gardens, to name a few.

Among her proudest accomplishments were creating the weathervane for the Ole Hanson Beach Club, updating the Historical Society’s From Fishcarts to Fiestas textbook, and, of course, capturing her legendary pier photo.

“I’ve drifted around this town from one project to another and have worked with many wonderful people (more dedicated than I),” Spinelli wrote in a prepared statement. “I’m accepting this award with great gratitude, not only myself, but for those who aren’t spoken for—and there are many.”

During future City Council meetings, each honoree will be recognized, and will also have a plaque describing their contributions to the city added to the Wall of Recognition, which is located at the San Clemente Community Center.

Editor’s Note: This story has been updated to include additional comments from Lisa Spinelli.