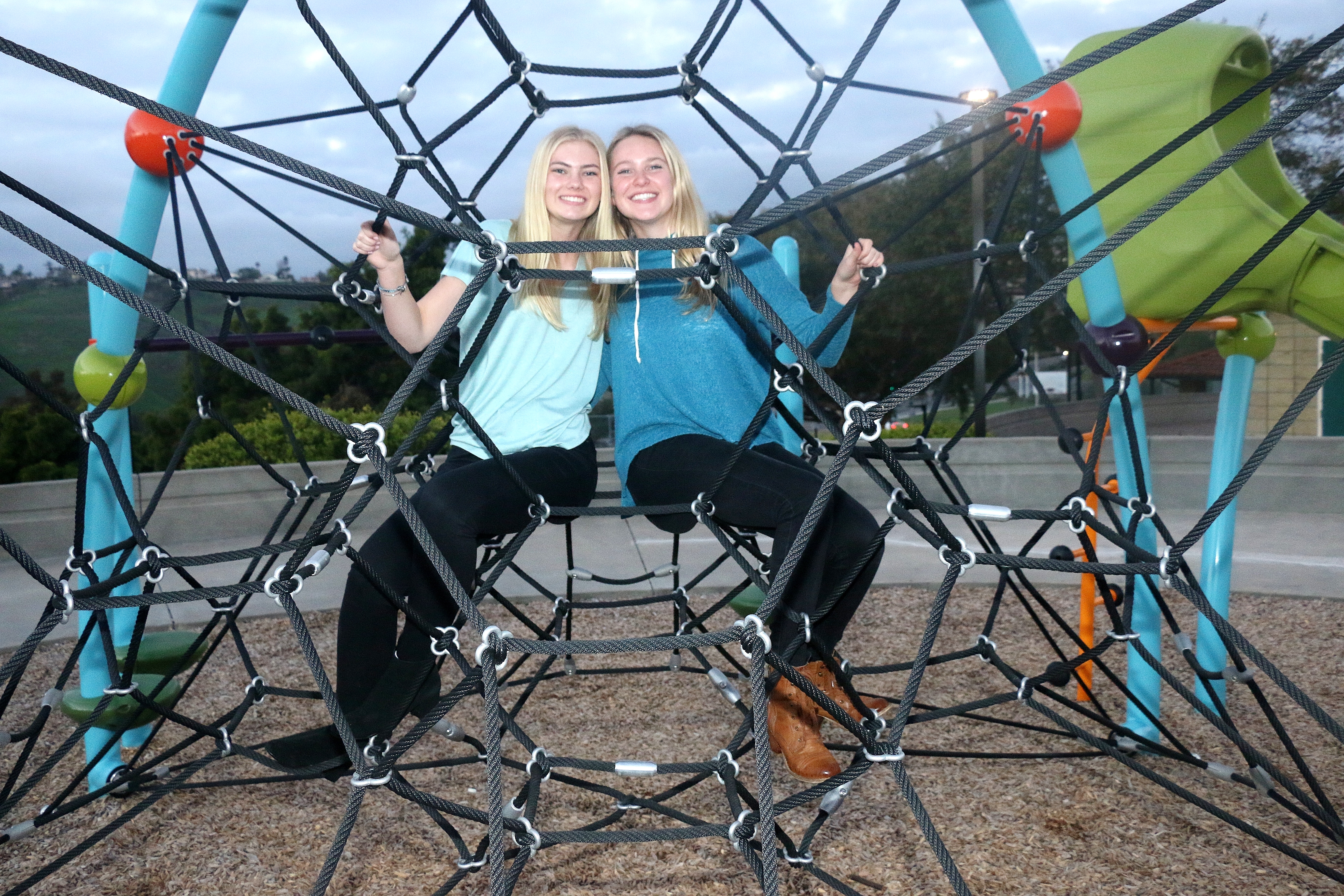 The Food, Fitness and Fun Fair, hosted by Future Problem Solvers Club, will take place from 9 a.m.-noon on Saturday, Feb. 11, at Marblehead Park, located at 2400 Via Turqueza in San Clemente. There is no cost to attend, and the event is intended for elementary and middle school children.

Two San Clemente High School students started a club from scratch this year that prompts fellow students to tackle issues, and they were one group out of 350 applicants selected for a grant from Disney in partnership with Youth Service of America.

San Clemente High School freshmen Sophia Mains and Chloe Kamp will use the money to run the Food, Fun and Fitness Fair on Saturday, Feb. 11, at Marblehead Park in San Clemente.

The club, Future Problem Solvers (FPS), received $500 to pay for items such as T-shirts, promotional items, prizes for the event health vendors and the permit for the event at the park. The goal is to raise awareness of childhood obesity and promote healthy living.

According to the Centers for Disease Control, about one in six children in the U.S. are considered obese for their age. However, according to a statistical map published in 2015, most states saw “significant decreases” in childhood obesity for kids ages 2 to 4 between 2010 and 2014.

The two girls started their own branch of the international FPS program when they were students at St. Anne’s School in Laguna Niguel, and brought it with them to San Clemente High School.

Mains and Kamp said they enjoyed the club so much that they didn’t want to discontinue participating in it once they got to high school.
“It’s the first year of this club and us being freshman, we’d never been the presidents of a (high school) club before,” Mains said. “We had to go through the whole process of becoming a club, which was pretty difficult because we didn’t really know what we were doing.”

“It was a process of trial and error,” Kamp said, adding the club has 15 full-time members. Mains and Kamp are also on school sports teams.

“It’s kind of a whole different language,” Mains said. “It’s a competition, and we had to kind of teach them about it.”

So far, they have worked with students in various middle and elementary schools and plan to visit more in the near future. Mains and Kamp said they try to get children excited about exercise and eating healthy.

FPS members from the U.S. and 22 other countries submit projects to be judged that address global issues toward the end of the school year. The top submissions are selected for the international competition.

Some of the other issues the girls are researching in addition to childhood obesity include the “ocean soup” (a floating continent-sized mass of trash in the Pacific Ocean).

“In middle school, we only did the projects looking toward the future, but now we can do the community side,” Mains said.

A list of all the grantees and more information on Youth Services America can be found at www.ysa.org/grants/youth-grants/disney.