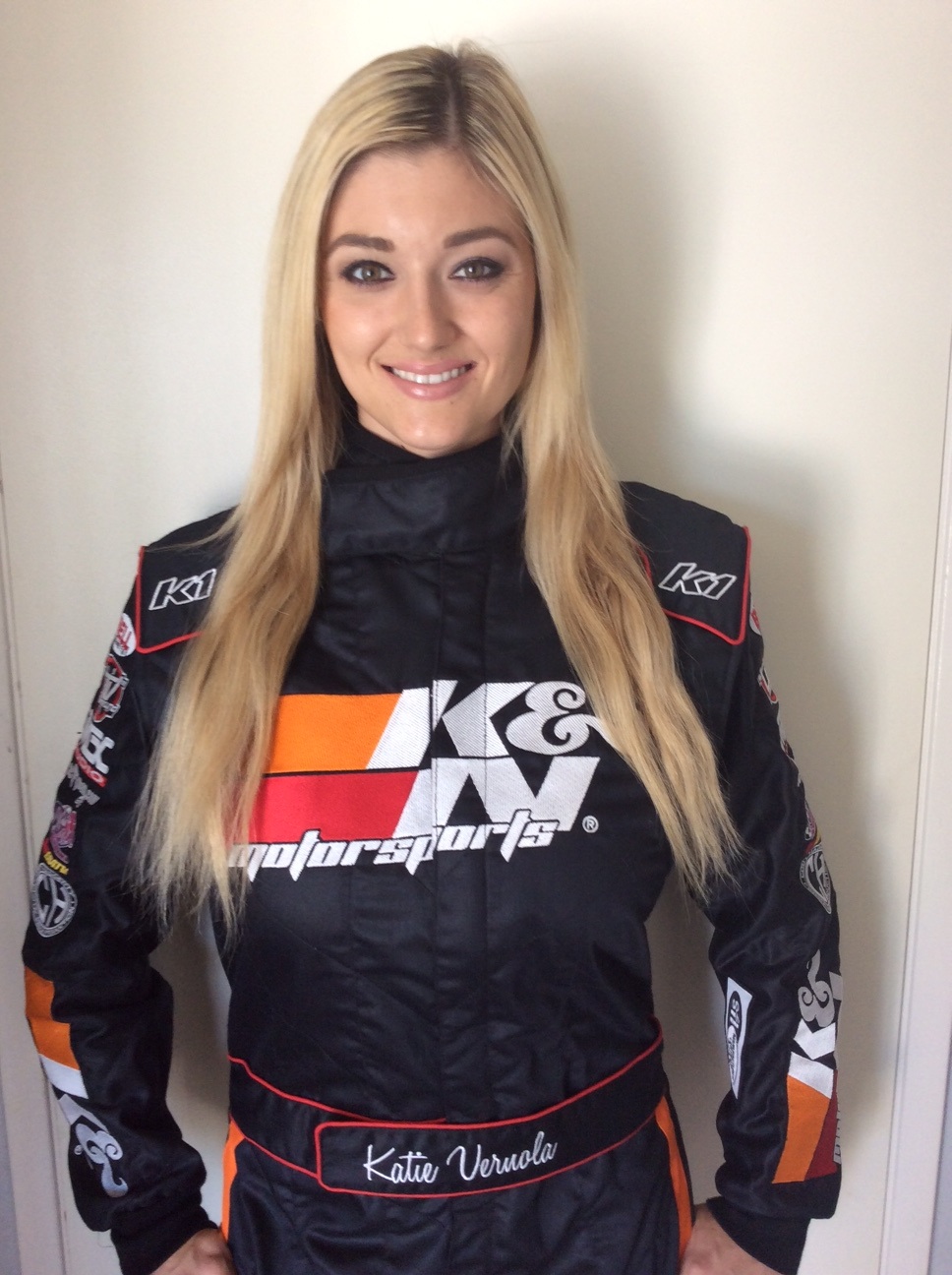 From Racy to Racing

Katie Vernola was making a living working as a model when she rode her first UTV (utility task vehicle). The longtime gearhead, who was named Miss June 2010 for Playboy, then attended an off-road race where she saw the same UTV vehicles charging around dirt tracks filled with obstacles. From there, the San Clemente resident was hooked on the sport.

Vernola has now devoted herself to the racing world and doubles as a model and a professional UTV racer on the 2015 Terracross Championship circuit.

From June 25-26, Vernola will take the starting line alongside other pro female racers at the San Diego Del Mar Fairgrounds for the first event of the season.

We caught up with Vernola to hear how she transitioned from Playboy centerfold to off-road racer and her plans for the future.

San Clemente Times: I’ve read that you have been into racing culture for a long time. What got you into it in the first place?

Katie Vernola: I got the racing passion from my dad. He would drag race and build his own race motors.

SCT: What is it about racing UTV’s that made you want to pursue a career in it?

KV: After driving my first Polaris UTV I was hooked. These (UTVs) can go anywhere. They have tons of power and plenty of suspension. The adrenaline rush was like nothing I have ever felt before and left me wanting to go drive it every second I could.

SCT: When did you start racing competitively?

SCT: The racing and modeling scene seem like two different worlds. Do you see any similarities between being a professional model and a professional racer?

KV: Modeling and racing are completely opposite to say the least. But the key factor is being professional at all times. Whether it’s modeling or racing, you are being looked up to and must represent yourself and the company. Modeling worked out perfectly for the sponsors I have for racing; it’s like a two-for-one deal. I model their product for print work … and I get to race and show off their product on the track.

SCT: Are there a lot of other female UTV racers on the circuit?

KV: When I started racing … I was the only woman in the UTV race competing in the series. There are only a handful of UTV women racers, and this year is the first year I will compete against other women. I mostly compete against guys. Only a couple series have started a women’s, class and in this year’s Terracross Championship I will be competing against eight UTV pro women drivers from all across the United States. As a female racer, I am always looking into other series or races that I can compete against professional men.

SCT: Is the race you’ll be competing in, in San Diego, different from what you’ve done in the past? What will it be like?