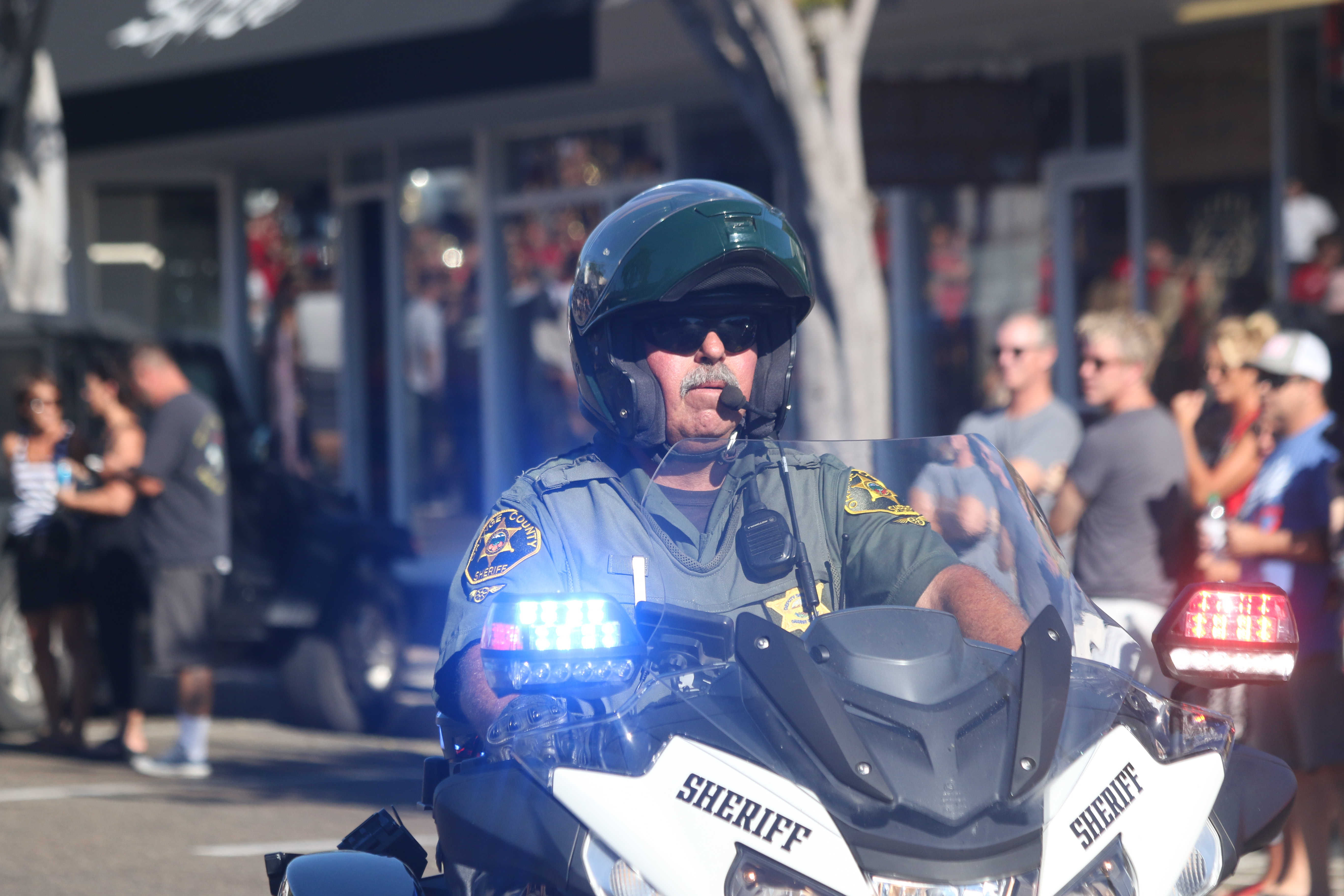 Making San Clemente a safer place in the eyes of its residents came to a head at a meeting hosted at City Hall on Tuesday, Oct. 25, and citizen suggestions on upgrades in policing ranged from the pedestrian to the Orwellian.

The meeting was conducted with the city’s contracted consulting firm, Matrix Consulting Group, in order to gather community input on what would be sufficient increases to San Clemente Police Services.

Many of the meeting’s attendees said they have noticed an increase in burglaries and other crimes, and that the city does not have enough officers and needs to bring back community watch organizations.

Greg Mathews, a senior manager of Matrix Consulting Group, which analyzes cities’ police departments and provides feedback to local officials, led the meeting. Mathews is a former law enforcement officer and said he has conducted about 95 police department consulting studies.

The study is expected to last 16 weeks, with Tuesday being the middle of the fourth week. Mathews said the results of the study will be compiled and available to the public by the end of January.

“After the interview process, we’ll continue to collect data, then we’ll develop a profile document, which essentially is a regurgitation of our understanding of the police department, and that is a factual document only, because we need a baseline of information,” Mathews said. “Then … we develop a best practices assessment to compare department operations. Then (we develop) an issues list and then a final report.”

Mathews said the community input will supplement the fact-based data to ensure the requests of the community are taken into consideration.

“As we continue going through this town hall process, as people come to some conclusion that these key issues are important, we’ll take a look at those in an analytical fashion,” Mathews said.

During the meeting, people listed their biggest concerns about crime—which included car break-ins, problems with sober living homes and “drugged-out zombies”—which were then discussed in groups in an effort to brainstorm solutions.

Greg Mathews, a senior manager at Matrix Consulting Group, gives instructions to audience members about how to share their opinions on what they think are the biggest crime problems in San Clemente during a meeting on Tuesday, Oct. 25, at San Clemente City Hall. Photo: Eric Heinz

LeRoy Cox leads a discussion on solutions to the crime problems in San Clemente during a meeting on Tuesday, Oct. 25, at San Clemente City Hall. Photo: Eric Heinz

Eva O’Keefe places a sticker on one of the listed crime issues in San Clemente she thinks needs priority in addressing. O’Keefe has led a Facebook group, “Crime in San Clemente and Safety Tips,” for at least the last year. Photo: Eric Heinz

Some of the recommendations included implementing web cameras around town, increasing police officers (and their presence in the community), adopting more ordinances to abate panhandling and more.

People at the meeting also said they want to have another substation for police services because of San Clemente’s size. The current Orange County Sheriff’s Department substation in San Clemente is located at City Hall.

“We’ll also be looking at the (OCSD) contract conditions to make sure they’re consistent with best practices,” he said.

Mathews said everything from petty offenses to more serious crimes are taken into consideration during the study.

According to the city of San Clemente Public Safety Services website, the city dedicated $24.9 million for public safety efforts—which equates to 44 percent of the total General Fund. It is broken down as $14.2 million for police services, $9 million for fire services, and $1.7 million for Marine Safety.

LeRoy Cox, who led a discussion based on suggestions from his study group, said many of the officers in town do not stay long in San Clemente because they’re looking to move up to larger cities or other divisions of crime enforcement.

“Neighborhood Watch was a good program,” Cox said, alluding to a program that no longer exists. The city does have a volunteer program, the Retired Senior Volunteer Program, but primarily they exist to issue parking citations and help with crowd control at events.

Cox also said he would like to see a clearer definition of the responsibilities of deputies.

“We really don’t know what they do,” Cox said.

Recently, the city adopted ordinances to give private property owners more power to have trespassers cited or arrested. The city has also expressed in letters its displeasure with Proposition 57, which will be on the November ballot, and could release thousands of “non-violent prisoners.”

The city increased its total police force by one and a half (part-time) officers for this year.

Assistant City Manager Erik Sund said it will be up to City Council to determine what recommendations are implemented for Police Services.

“There will be a report that comes to Council that goes over all the findings and comments and et cetera,” Sund said. “In the back of the report will be recommendations that Council will have to deliberate on. Some of them will have (fiscal impacts), and some of them may have changes in service levels.”

Sund said the purpose of the study is to get an independent, objective analysis of the police services. The City Council approved $49,000 to pay for the study in July.

According to crime statistics from OCSD, there has been one homicide in San Clemente in the last three years. Home burglaries are up from 44 to 59, but the biggest concerns residents seemed to have related to the (arguably) increasing homeless population, vehicle burglaries and other offenses that they said are linked to sober living homes.

City Councilwoman Kathy Ward, who was at the meeting, said she’s seen an increase in larceny in her neighborhood (somewhere in southwest San Clemente).