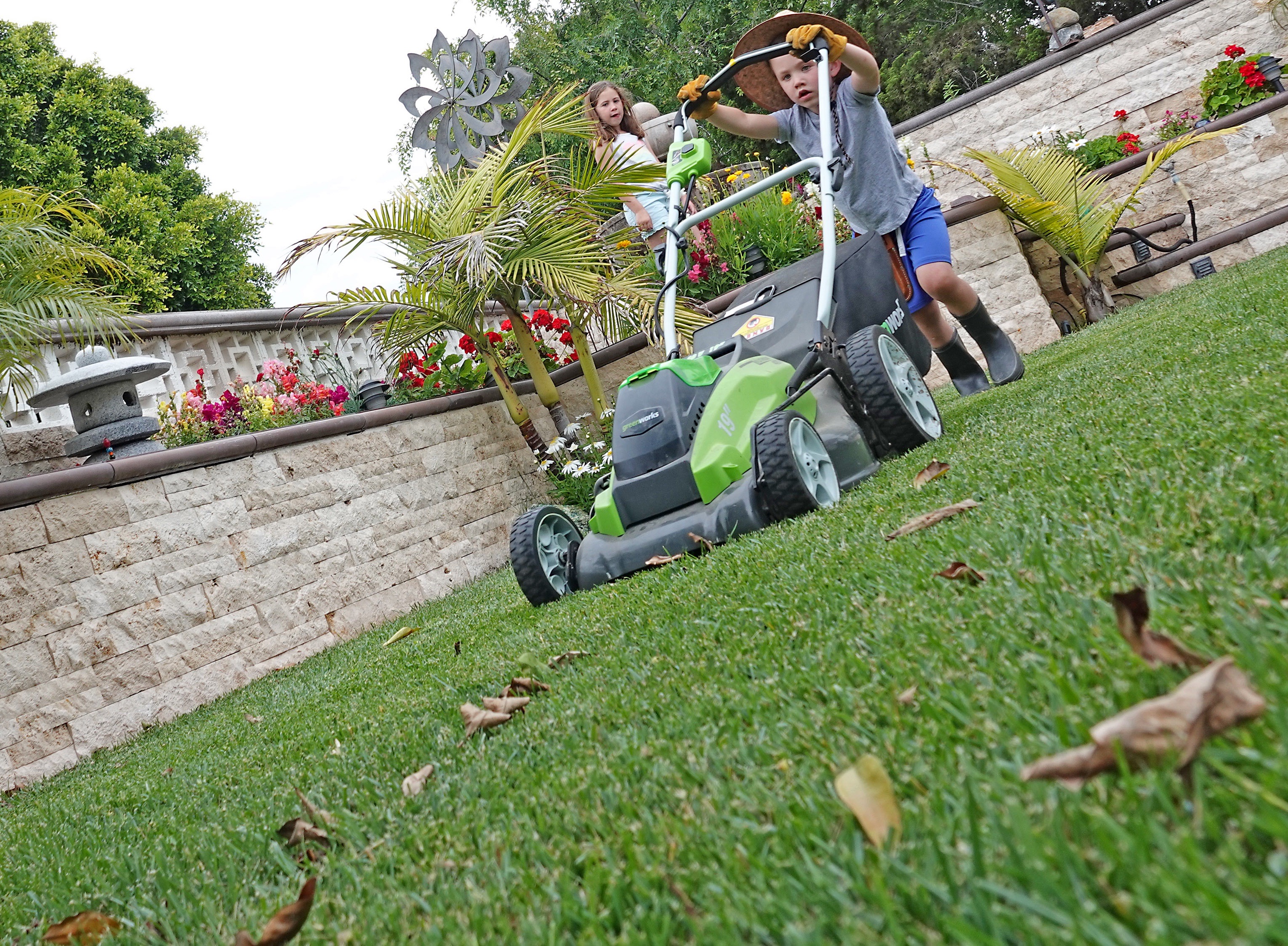 CoastLines: Future occupation? ‘I GOT THIS!’ 5-year-old says

It can be a real kick meeting a 5-year-old prodigy.

Hudson Roberts of San Clemente isn’t a concert pianist in the making. Nor is he an aspiring tennis champion.

His passion is landscaping. You have to see him in action to appreciate it.

“The kid is incredible,” said Ricardo Luna, whose family landscaping business dates back to his grandfather in early San Clemente, 1920s.

Luna uses “prodigy” to describe Hudson Roberts. “If I had a little army of Hudsons, I’d be very happy,” Luna said.

The 48-pound dynamo and his parents, Stephanie and Ben, reside in a two-bedroom apartment attached to the San Clemente home of Steve Zdrakas, Stephanie’s father.

From age 2, Hudson would watch the gardeners work weekly. “When the gardeners are working in the front yard, he’s upstairs on his balcony watching them,” Zdrakas said. “They go to the backyard, he runs around the balcony through my bedroom and watches them work in the backyard.”

Over time, Hudson studied their craft. He sought out landscaping videos on YouTube.

He inspects landscapers’ work. He’ll remark on yards and greenbelts he notices around town.

With his family’s blessing, he began getting some tools. His grandfather, Steve, or “Papi” as Hudson calls him, takes him regularly to Lowe’s, where the staff now knows him. Hudson’s family supports his passion, providing him with select gear.

More than a year ago, he got his first “account,” a family friend’s yard to work on for a few dollars. “He doesn’t really want money,” Papi said. He does want tools.

Nancy Erickson, one of Hudson’s “accounts,” said he makes the most of the opportunity. And, yes, it’s only he and she who take care of her spacious yard.

Is there anything he can’t do? “I haven’t seen him cut down a palm tree,” Erickson said. “I think if he had the opportunity, he’d love it.”

Indeed, Hudson made quick work of a palm branch he found brushing his window at home. “He cut it, then he cut it into small pieces,” Zdrakas said.

Hudson wears protective gear, handles equipment like a pro and is careful with it, Papi said.

When pre-kindergarten began, Hudson’s family had to reschedule the landscapers so Hudson could be home to monitor them, his mom said. “He wouldn’t go to school,” Papi said.

Hudson meets up with Rod’s Tree Service from time to time to discreetly intern, in uniform, with the crew. When Hudson found out that El Pollo Loco is a favorite lunch spot for landscapers, guess where he began asking to dine.

“I’ve never seen anything like him,” Ricardo Luna said.

Actually, Luna and one brother, Juan, began assisting their father when Ricardo was 7, but not quite with Hudson’s fervor. “My dad would drag us out there,” Luna said.

“I have no doubt the kid is going to steal my job—I’ll have to hire him!” Luna said.

“Wherever he works, we always try to help him,” his grandfather said. “He pushes away and says, ‘I GOT THIS!’ We’re going to get him a T-shirt.”