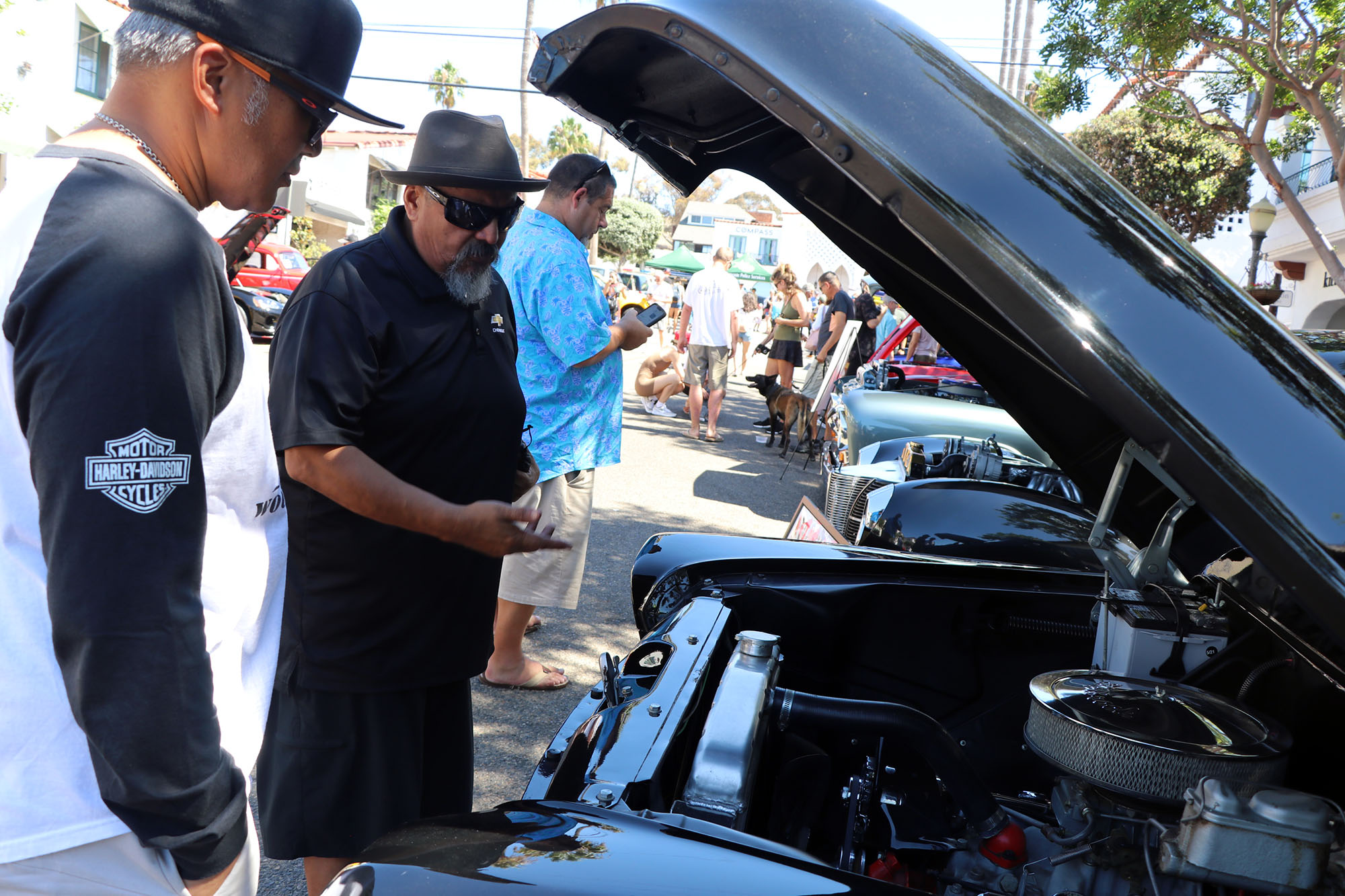 Photos and text by Shawn Raymundo

Despite having to remain in park for a day because of inclement weather, the annual San Clemente Car Show went for its 26th spin on Sunday, Sept. 11, attracting thousands of automobile admirers and enthusiasts to downtown.

Along Avenida Del Mar, vehicle owners got to display their rides, ranging from classics and woodies to hot rods and muscle cars, while local dealerships showed off some of their latest models to spectators.

Close to 300 vehicles were registered to participate in the San Clemente Downtown Business Association’s yearly Car Show, according to Director Julie Heinze. She noted, however, that some couldn’t attend because of the event’s postponement.

Initially planned for Saturday, Sept. 10, the Car Show was postponed a day as Tropical Storm Kay hovered over Southern California late in the week, bringing rainstorms and strong winds—adding more bizarre weather to the area that was already facing an oppressive heat wave.

“As the main attraction, the classic cars come first and—as a rule—they don’t go out in wet weather,” Heinze explained in an email on Monday, Sept. 12. “We needed to be respectful of these lovingly restored vehicles. Making the decision to bump the event out one day was a tough one to make, but as it turned out—the right one.”

Though the lingering effects of both the storm and heat wave could still be felt in San Clemente on Sunday, visitors were resolved to enjoy this year’s show and the variety of motor vehicles on the sunny summer afternoon.

“We were grateful to the roughly 250 car owners, event sponsors, U.S. Marines Color Guard, OC Sheriffs, OC Fire, COA performers, City partners, and thousands of spectators who made a quick pivot to the new date and made it a great day downtown—a ‘Classic Day,’ as we like to call it,” Heinze said.

The San Clemente High School Auto Academy participated in the show by displaying two cars that students have been working on with the help of lead instructor Sean Selff—one of nine knowledgeable car buffs who served on the team of judges.

Mayor Pro Tem Chris Duncan, with the help of his wife and kids, announced the awards for 14 vehicles that were recognized across a variety of categories, including Fan Favorite, Best Woodie and Best Interior.

“With high participation from the crowd, the winning vehicle was a beautifully restored 1951 Chevy Pickup Truck,” Heinze said of the Fan Favorite award.

George Huggins, a San Clemente resident, won Best Woodie for his dark green 1973 Ford Woodie, while the award for Best Interior went to a silver 1966 Pontiac Grand Prix that had been owned by Javier Olivares. Olivares died in August, so his wife, Lorraine, accepted the award on his behalf.

“His wife brought his car, and it won ‘Best Interior’,” Heinze said. “The judge who handed her the blue ribbon—letting her know she had won—said it was the highlight of his day to see how much it meant to her, and nearby car owners rushed to congratulate her.”

Editor’s Note: This story has been updated to include comments from the San Clemente Downtown Business Association.