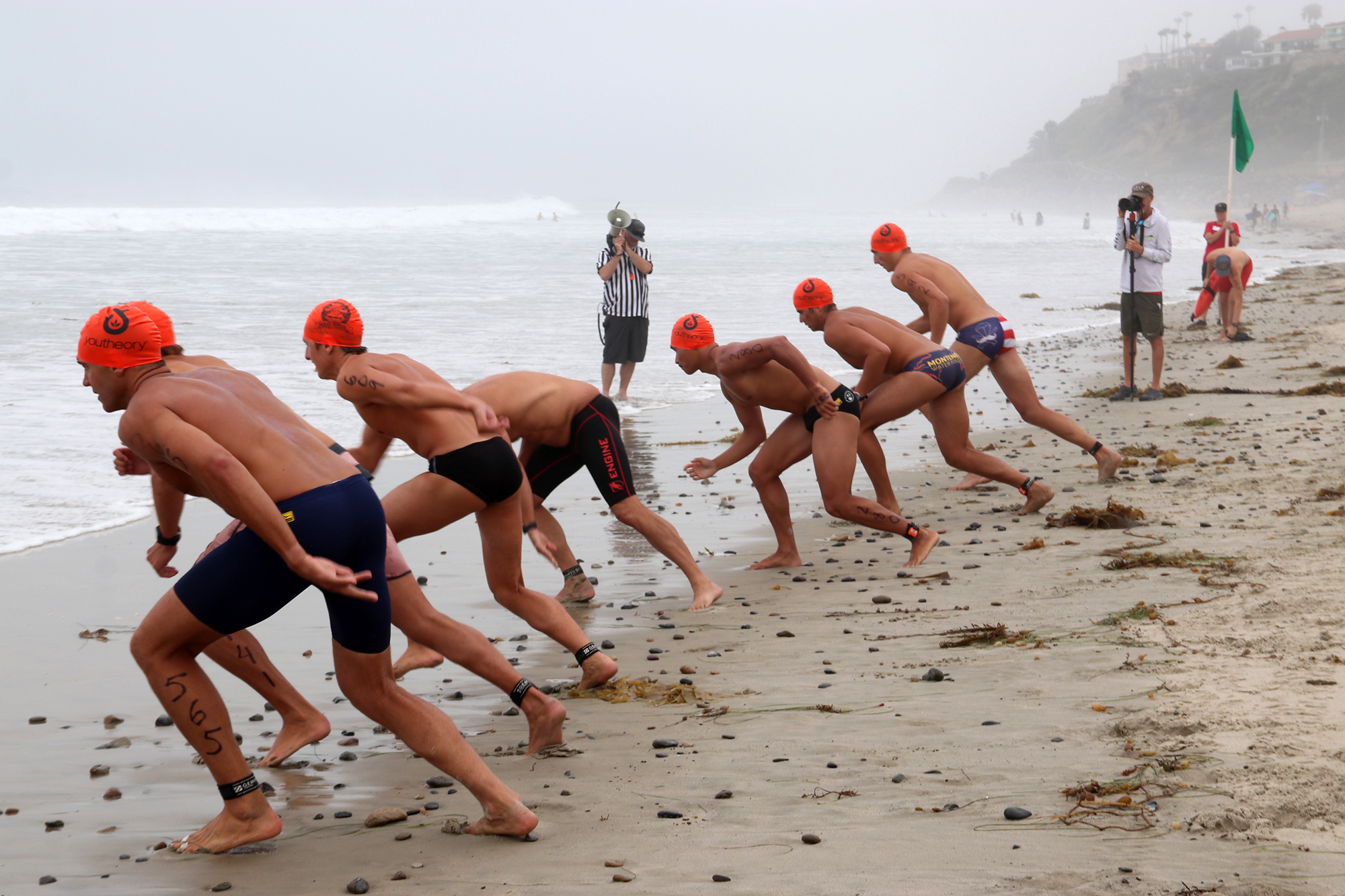 GALLERY: Competitors, Community Dive Back into the Ocean Festival

After not being able to compete in the San Clemente Ocean Festival for three years because of the pandemic, athletes this past weekend were put through some challenging surf conditions that certainly tested their mettle.

The Ocean Festival, which got to celebrate its 45th year, returned to San Clemente’s shores on July 16-17, allowing hundreds of competitors to show off their skills in a variety of events, including dory boat racing, lifeguarding, paddling, groms surfing and swimming, as well as fishing and even sand sculpting.

“It was wonderful to be back on the beach,” Ocean Fest Executive Director Peggy Vance said. “It was great to see everybody. It was a lot of fun to have the athletic events back and all the different components. Everybody seemed to have a good time.”

Clouds covered up Saturday’s and Sunday’s festivities, but that didn’t diminish the competitive spirit and atmosphere. The athletes remained determined to finish their events strong, even while facing some powerful waves that the ocean threw at them.

“The surf was pretty rough,” Vance noted. “It gave the Dory boats some challenges and also our swimmers; it was pretty rough getting through the surf. I think it made for great waves on Sunday for the groms surf contest.”

While many of the athletic events were decided out in the water, some individuals and families displayed their competitive spirit on the sands just south of the pier by participating in Ocean Fest’s sand sculpting event.

Attendance at this year’s Ocean Fest was estimated at 35,000—much lighter, Vance acknowledged, than compared to 2019’s festivities, when there were roughly 60,000 visitors. As to why there were fewer attendees, Vance said it was likely, in part, to the hiatus, as well as many still hesitant to go out in large crowds.

Part of the challenge going into this year’s events, she added, was needing to rebuild on the momentum from previous years after having to take the three-year hiatus.

“I think that just now that we have reengaged, just keeping it going and building the momentum again,” Vance said of what she’s looking forward to next year.

Pulling off this year’s Ocean Fest, Vance said, required “an amazing group” of people, including volunteers and also former board members.

“We had a unique and amazing group,” she said. “The fact that even with people who weren’t on our board this year, because we were struggling with manpower, they came back to help us; and without their help, we wouldn’t have been as successful as we were this year. So, it’s nice to have those kinds of people with that kind of commitment to help carry us through.”