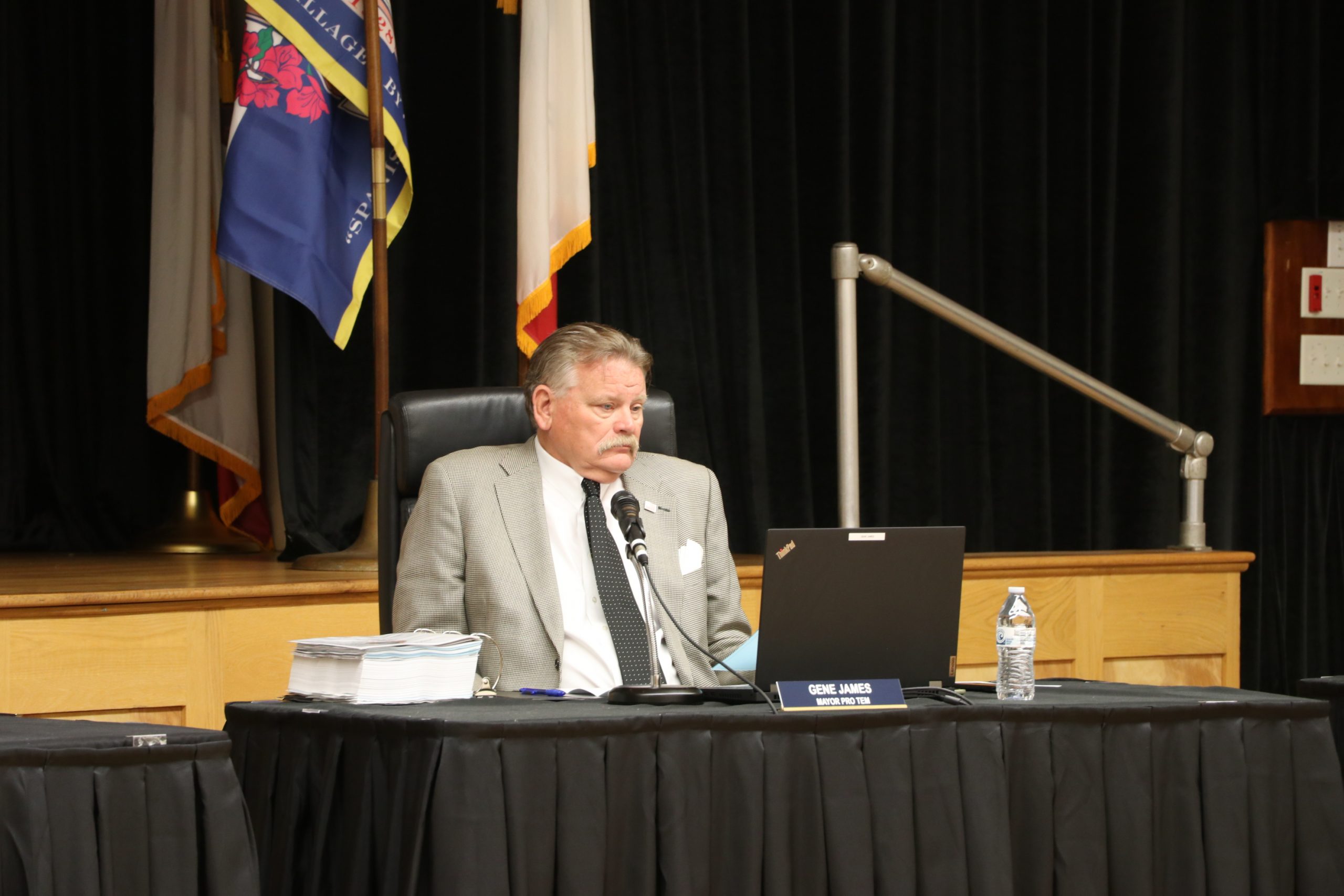 Gene James will retain his leadership role as San Clemente’s mayor pro tem after a council majority on Tuesday, Oct. 5, voted against Councilmember Steve Knoblock’s proposal to strip James of the title.

The council’s discussion on whether James should be removed from his position stemmed from the controversy over a June 25 traffic stop during which James was recorded by police confronting a sheriff’s deputy.

Finding the recording and James’ conduct toward the officer appalling, Knoblock last week asked the council to take up the item for consideration—a request that set off an intense exchange between the two officials and eventually led to a police report being filed.

During the recording of the nearly 11-minute traffic stop, James can be heard arguing with Deputy J. Medina of the Orange County Sheriff’s Department and accusing the officer of pulling the elected official over because of Capt. Edward Manhart, the city’s then-police chief.

“My concern is that comments that I heard were highly offensive; they’re bad for the city, they give a poor presentation to our youth, and the sheriff’s department doesn’t need to be maligned that way,” Knoblock said. “I was put in an unfortunate position to have to agendize this matter.”

Prior to the council’s 3-2 decision, with only Knoblock and Councilmember Laura Ferguson voting to demote James from the mayor pro tem position, James stated that “I did not live up to my role as a leader” when Medina pulled him over for an apparent traffic violation.

“I was disappointed with myself, angry at myself. I’m an imperfect individual; I will acknowledge that,” James said. “One day, rather than keeping a bad day to myself, I was completely inappropriate with a deputy during a traffic stop. I’m not going to offer any excuses for my behavior. I will once more offer an apology to the deputy, OCSD and to our city.”

When James spoke to San Clemente Times last week, after Knoblock proposed his colleague be stripped of the mayor pro tem title, James issued an apology, noting that “I wasn’t at my finest moment.”

During the council’s debate on the matter Tuesday night, Ferguson related it to her own experience as the mayor pro tem in 2020, when she was catapulted into the position of acting mayor in the wake of Dan Bane’s departure.

At the end of a July 2020 council meeting, sparks flew when Ferguson slammed her fellow councilmembers—James, Kathy Ward and Chris Hamm—over an alleged plot to remove her from the mayor pro tem role.

“Two of these members tonight did agendize to take my mayor pro tem title away last year as well, so that did happen to me,” Ferguson said. “This isn’t retaliation, this is just truth and I’ve pretty much had it with (James’) behavior.”

Ferguson proceeded to lay into James by detailing a handful of incidents in which the mayor pro tem allegedly engaged in bullying and acted aggressively toward fellow councilors, including Ferguson, and members of the public. She later called his actions on the council “unethical.”

“The list goes on and on, but at the very least, I believe Mayor Pro Tem James should step down from the mayor pro tem leadership role on this council, and even further, I think he should resign,” Ferguson said.

Ward on Tuesday expressed disappointment with members of the audience and fellow officials who, she said, misquoted or misrepresented James’ statements during the traffic stop recording. Ward also directed her disappointment toward news outlets that reported on the June 25 incident.

“I’m disappointed that it came to this,” Ward said. “I can see why people are saying that it reflects things that we see in the paper, and I’m not very happy with the newspapers that we have that are printing this; that is not news.”

“We have things that we are working on any given day that are so important to our residents such as the toll road. We have a possible oil spill, which hopefully will not reach San Clemente, and we have other items that are very important, and I happen to know that the mayor pro tem is actively working on those.” Ward continued.

Though Duncan stated that he didn’t condone James’ behavior toward Deputy Medina during the traffic stop, he echoed Ward’s sentiments and lamented the council’s time spent on the matter, which, he said, wasn’t a city issue.

“I’m very sad right now that our council has come to this. We’ve now spent most of the time at the meeting that’s not on city business,” Duncan said. “That’s not the pressing issues before our city that residents elected us to help solve. That’s very sad and I hope that never happens again.”

“I don’t condone Mayor Pro Tem James’ actions with the deputy. I think it was a huge mistake, I think it’s unacceptable, it’s regrettable, it doesn’t reflect well on the city—I agree with all that,” Duncan continued. “But that was done in Gene’s private life.”

Duncan, Ward and James proceeded to vote against the motion to remove James as mayor pro tem.

In an emailed explanation from City Attorney Scott Smith, James was able to participate in the discussion and vote because there was no financial interest involved.

“His recusal would be required if he had a disqualifying financial interest, but council stipends are the same regardless of who serves as council officers,” Smith said in the email.

James will continue serving in the role of mayor pro tem until early December, when the council traditionally reorganizes its leadership roles, appointing a new mayor and mayor pro tem for the next year.