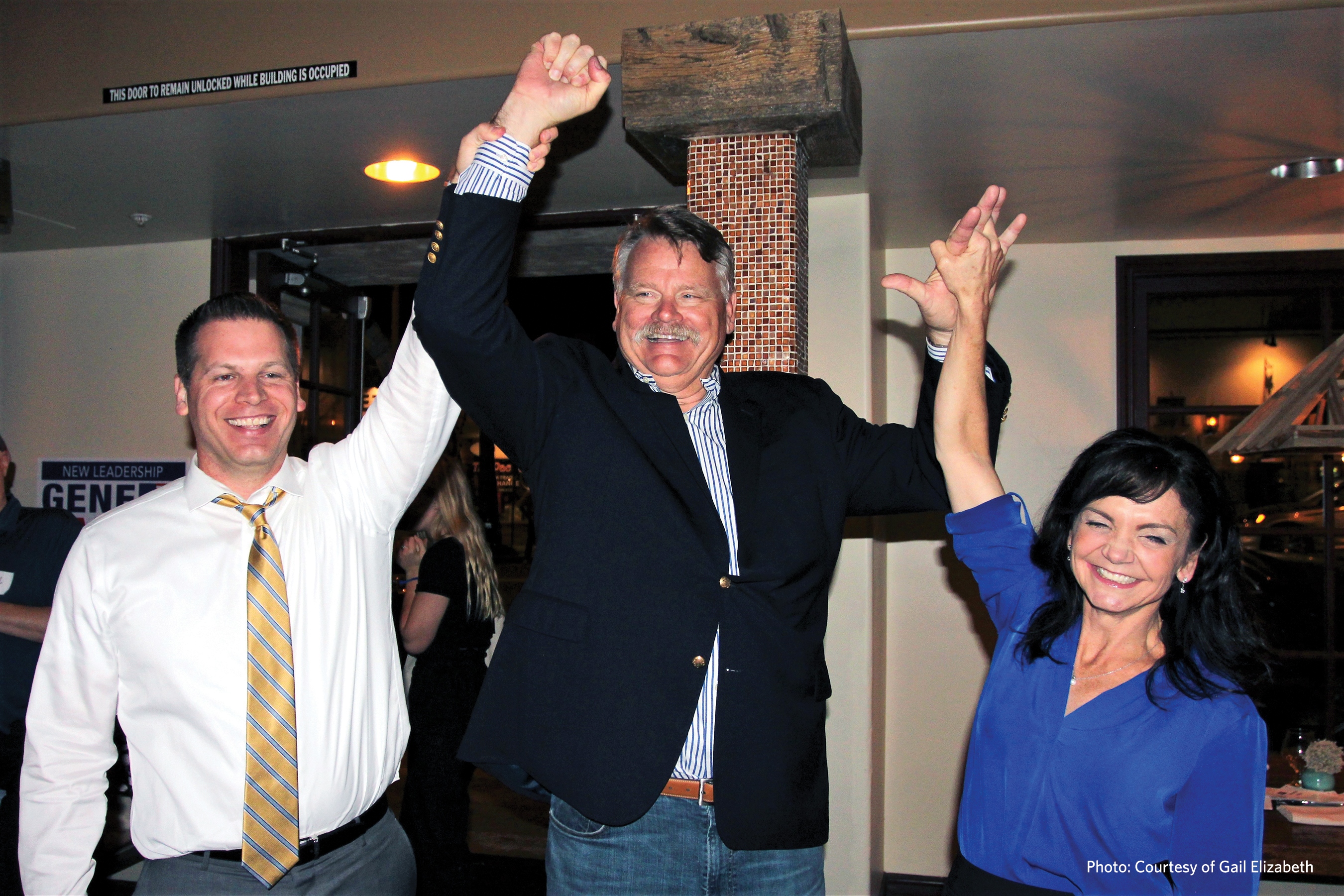 Gene James apparently has emerged victorious in his campaign for San Clemente City Council, as unofficial results from the city’s special election on Tuesday, Nov. 5, put him roughly 25 points ahead of his competitors.

James, who was barely edged out of a spot on the council during the 2018 general election, had a commanding lead of 55.8% (7,147 votes) of the 12,809 votes counted as of Wednesday morning, Nov. 6, according to the Orange County Registrar of Voters.

“Our victory was a result of a great team of volunteers who all came together for a common purpose,” James said in an emailed statement on Wednesday. “I am so proud of each of these wonderful people; they all worked so very hard.”

Though the special election just ended, the councilmember-elect is already keeping an eye on next year’s general election.

“Despite a few outside distractions, we kept focused and stayed on message,” he wrote. “Have no doubt we will bring the same dedication and passion to the 2020 campaign.”

“I wish my opponents in the campaign nothing but the very best and a heartfelt thank you to the voters of San Clemente who so overwhelmingly placed their trust in me,” James said in the email.

In the wake of Mayor Steve Swartz’s untimely death while on vacation with his wife this past May, the city council voted to hold a special election to fill the open seat and serve out the remaining year of Swartz’s term. Mayor Pro Tem Dan Bane has been taking over mayoral duties since Swartz’s death.

James is expected to be sworn in to the San Clemente City Council as early as the next meeting on Nov. 19, according to city officials.

James said his goals as an elected official will be everything he had campaigned on.

“Public Safety, Fiscal Accountability and Quality of Life,” James wrote. “Included in that is managing those who are service resistant and camping throughout our city. We need to keep in mind their lack of shelter is a symptom of untreated mental illness and chronic addiction; no amount of shelter or housing will resolve their addictions or mental illness.”

In the lead-up to the election, James ran on a pro-business and pro-law enforcement platform. In a separate email to San Clemente Times earlier this week, James, while touting his endorsement from the San Clemente Chamber of Commerce, explained that he intends to work with Bane and Councilmember Laura Ferguson on building the city’s revenues without raising taxes or fees.

“The San Clemente Chamber of Commerce recognized me with their endorsement as the pro-business candidate,” James wrote before noting that he was also endorsed by the Association of Orange County Deputy Sheriffs, which had recently spent more than $25,700 in support of his campaign.

“I was blessed with the support and endorsement of the Association of Orange County Deputy Sheriffs because they see me as the pro-law enforcement candidate,” he said in the email. “My focus will be the safety and security of our citizens, families, elderly and children.”

The councilmember-elect also stressed during his campaign that the Transportation Corridor Agencies (TCA), which has proposed extensions to the 241 Toll Road through San Clemente, should be audited and then put “out of business.”

“It is time this agency is brought to its knees,” James wrote. “A scar of concrete and steel dissecting our city is simply not to be tolerated.”

He also previously stated his support for state legislation from Assemblymember Bill Brough that would restrict the TCA’s authority, limiting its scope and putting a moratorium on incurring additional debt related to the toll roads.

The most pressing matter the city is facing, he also said, is chronic homelessness. James said that last year’s controversial ruling in Martin v. City of Boise that bars cities and authorities from enforcing anti-camping ordinances unless “adequate indoor shelter” for the homeless is offered should be overturned.

“We need Martin v. Boise overturned so our great deputies can do their jobs. Our city needs to develop a strategy to make itself less inviting to the untreated mentally and chronically addicted who are resistant to services,” James wrote. “In every case, it is first compassion; however, when that is rejected, we need to explore other options.”

San Clemente and several other cities have filed amicus briefs urging the U.S. Supreme Court to take up the challenge to Martin v. Boise.