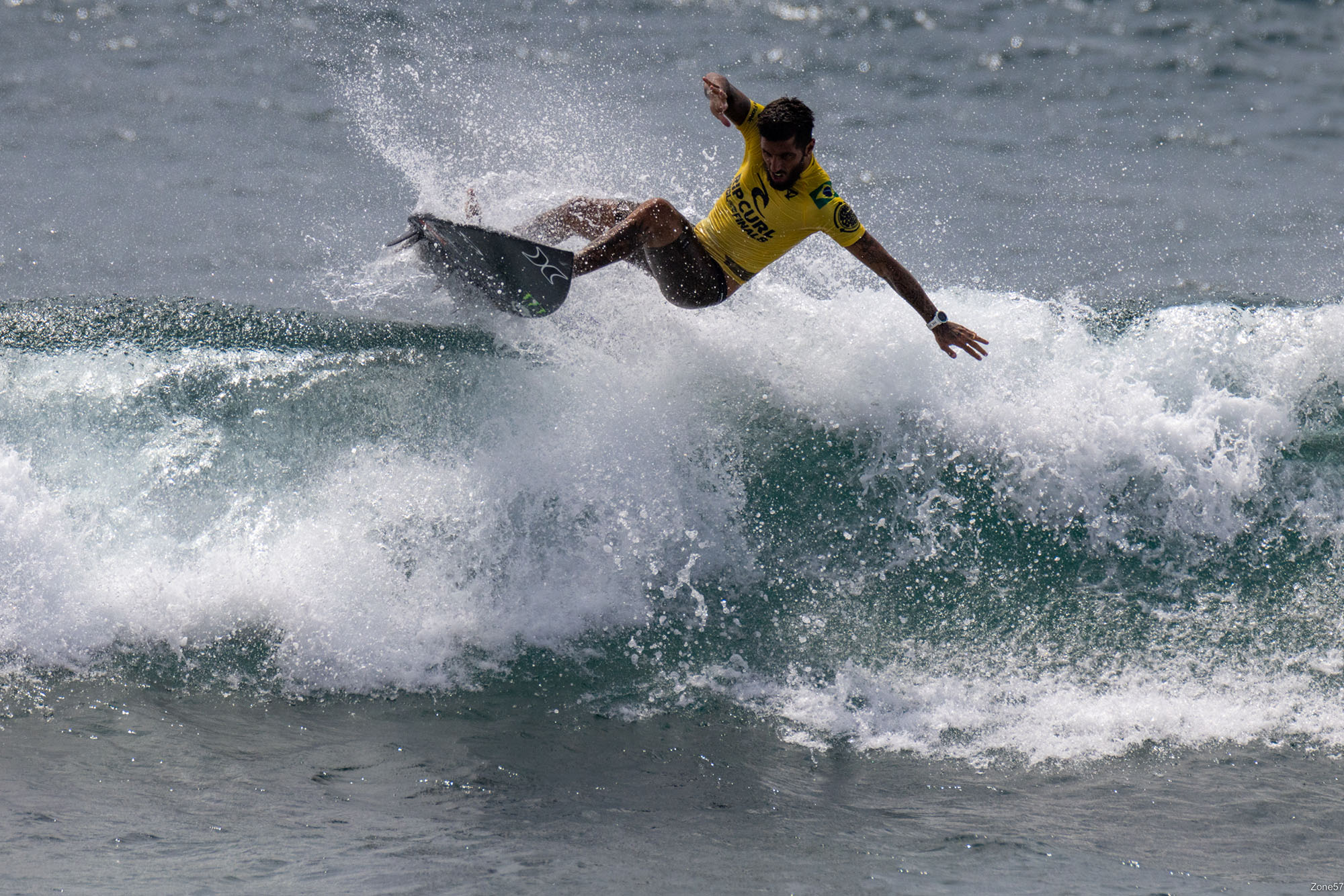 Stephanie Gilmore and Filipe Toledo made history at Lower Trestles this week as they were crowned 2022 WSL World Champions after a pair of epic performances at the Rip Curl WSL Finals on Thursday, Sept. 8.

A one-day, winner-take-all event to decide the world titles, the event featured the top five surfers from the men’s and women’s Championship Tour, and in the end, Australia’s Gilmore earned her record-setting eighth world title, while San Clemente resident Filipe Toledo earned his much deserved first title.

For 34-year-old Gilmore, this asserts her position as the greatest women’s competitive surfer to ever pull on a jersey. Winning her first title back in 2007, this latest accomplishment puts her ahead of Australian counterpart Layne Beachley’s seven titles.

Facing five-time world champ Carissa Moore in the Championship Match, Gilmore came into the WSL Finals as the fifth seed, and starting with the first heat of the day, surfed a total of five heats during her marathon run.

For Toledo, this marks his long-sought first world title. With the No. 1 seed, he had the opportunity to watch all of his competitors, as well as the evolving conditions, all day long. By the time he hit the water around lunchtime, Toledo was not to be denied.

Priming himself for this moment, in front of his hometown crowd, he came out swinging against 2019 world champ Italo Ferreira, surfing lightning fast and extremely inspired.

The day started with a generational clash between Rip Curl’s Brisa Hennessy and seven-time world champ Gilmore. Hennessy, who was making her first WSL Finals appearance, opened the heat with strong, confident rail work, racking up a pair of 7s to jump out to an early lead.

But no stranger to pressure, after an initial bobble, Gilmore dug deep in the waning seconds, bagging a long, glassy right-hander and laying down a series of searing, stylish carves. Taking the wave all the way to the beach, it was enough to get the score, turn the heat and get her motor running.

In the first men’s match of the day, Ferreira faced off against Japan’s Kanoa Igarashi. A back-and-forth affair, Igarashi got going early, but Ferreira found his groove when he took to the air and stomped a full-rotation backside air for an 8.17.

Feeding off the momentum, he got creative on his next wave, blowing tail, sticking a big spin and finishing riding switch stance.

After working through any lingering nerves from the opening match, Gilmore snapped into the form that’s carried her to the top of the sport. Facing Brazil’s Tatiana Weston-Webb, who opened the match with a statement-making 8-point ride, it was ultimately all for not as Gilmore leaned into her classic carves and a little high-performance flair to post an 8.30 and 7.00 and cruise to the win.

Just like Gilmore, Ferreira found his form in the second match of the day against Australian Ethan Ewing. Ferreira opened strong on a long, glassy left and never really looked back.

Putting himself into the best waves of the heat, he did leave the door open for Ewing, giving him a wave as time ticked off the clock, but ultimately the win went to the Brazilian, who was visibly fired up as he ran across the cobblestones back to the competitor’s area.

Dropping a pair of 8-point rides against France’s Johanne Defay, Gilmore kept her run going in the third match of the WSL Finals. Building momentum all morning, the win sent her into the Championship Match where she would face off against Moore.

And again, Ferreira followed suit in the next heat. Facing Aussie sophomore Jack Robinson, Ferreira took full advantage of the lefts, launching air after air into the gentle west wind. Rolling to a relatively easy win, Ferreira turned the heat into his own personal air show, stomping a remarkable three airs on one wave.