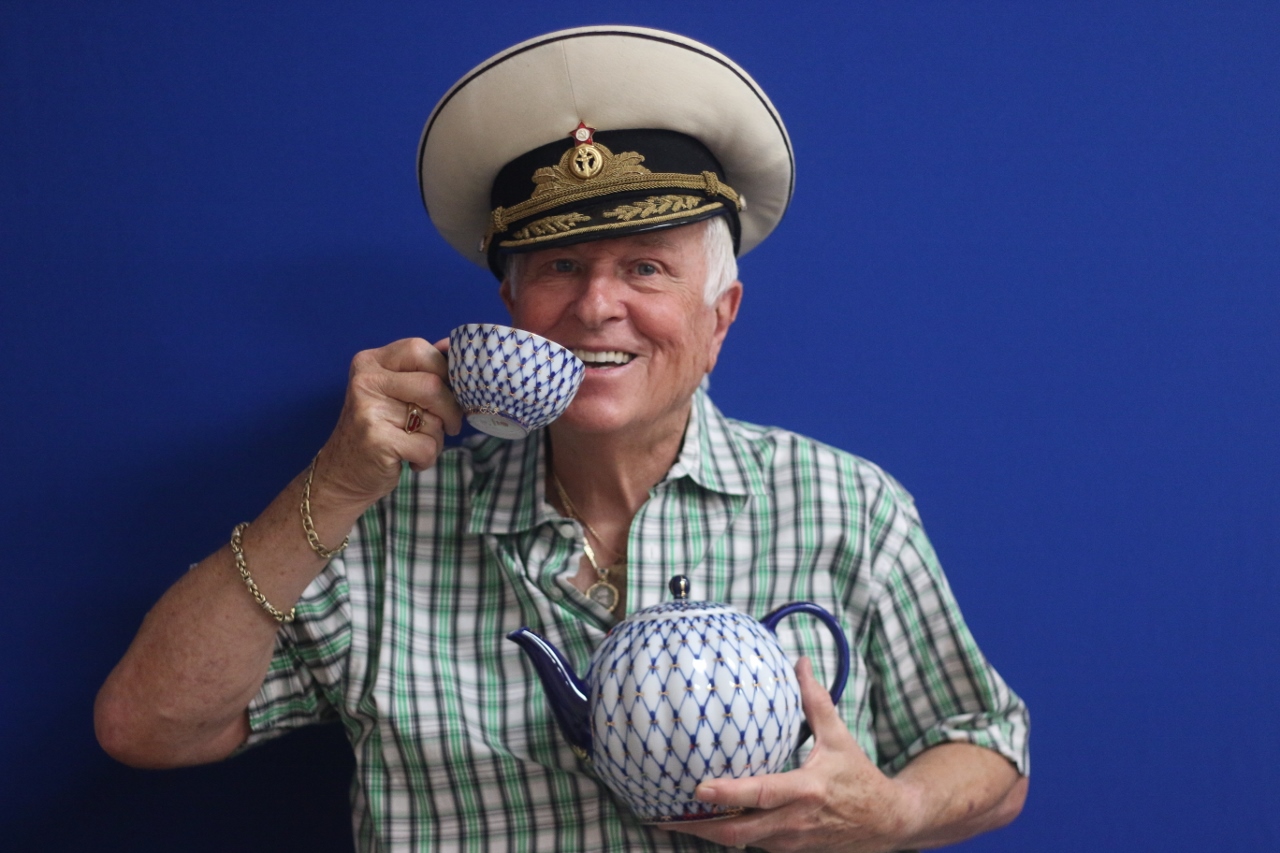 Some children in regions of Pakistan are not taught to read and write, nor are they given the basic skills needed to build the foundation of their education.

Instead, some as young as 4 years old are subjected to manual labor, mostly in brickyards. It’s the sum of economic hardship but mostly religious discrimination. On Pakistani passports, you’re required to state whether you fully believe in the tenets of Islam, tentatively support it or reject it entirely. This isn’t the religion’s leaders’ mandates, but the Pakistani government’s.

Christians are at the bottom of the nation’s religious and social totem pole, which drives them to impoverished regions and workforces.

Roger Gales, the senior pastor of Heritage Christian Fellowship in San Clemente, said wealthy owners of the labor yards purchase the rights to families or groups of people so they can work and provide for themselves. Gales described it as closer to indentured servitude, but he said the laborers see themselves as slaves. There are often cases of human trafficking and reports of severe abuse, starvation and other issues that have humanitarian groups responding.

Gales established a school for Pakistani Christian children that has a predominant enrollment of former slaves.

“We built one school, two stories, and then the government kicked out all the girls,” Gales said. “We built a girls’ school, which is completed and has been in operation for little over a year,” but it needs a second story to house everyone.

Raising funds to build that second story is the purpose of the Christmas Market, which will take place in December at the church.

The church and its congregation raised more than $125,000 to build the first school, purchase children out of slavery and provide for transitional resources.

In the past few years, Gales has been working to create and foster a school for former Christian slaves. He and a few other associates have purchased thousands of children and their families from the owners to allow them to live at and attend the school.

The San Clemente Times wrote a story about Gales and the school in Pakistan in the Sept. 3, 2015 edition. We asked Gales what has changed since then.

“Persecution has increased,” he said. “It’s been harsher since July. I don’t really know the reasons behind why that is. I haven’t been back since that’s happened. It’s harder. Earlier this year, we bought a piece of land for a playing field. The schools themselves are doing better than ever before.”

Gales said there are 1,600 students in the girls and boys schools combined. He said about 75 percent of the student population in last year’s enrollment were slaves at one point.

“I think the most difficult transition is the education gap,” Gales said. “As slaves, they have no education whatsoever, and they have to integrate into a school with people their age who are far ahead of them in the education system. A 10- or 12-year-old is learning to read or write for the very first time. They have to spend time with one-on-one tutoring before they enter the school.”

On a social level, Gales said there isn’t as far a transition. The students don’t face stigmatism from being a slave because so many of the other enrolled students were slaves themselves.

It’s a precarious situation, and Gales said he can’t have one of his main associates’ names publicized as his life has been threatened by organizations labeled by the U.S. government as terrorists. He met with Gales a few years ago after he fled the country in fear of his and his family’s lives.

The location of the school also cannot be disclosed for fear of either religious retaliation or disagreements with cultural customs.

Gales continues to work with liaisons in the country and the teachers at the school.

“I know I will go back, but I don’t really have any solid plans right now,” Gales said, adding that he may try again in the spring.

There are local police and federal soldiers who help protect the school.

A few weeks ago, someone bulldozed the wall that surrounded the school, parked the tractor and left.

“The school is going well, but the persecution against the Christians is constant, and that’s just the way life is there,” Gales said.

Gales began the eponymous Mariam’s Fund after a 10-year-old girl Pakistani girl, who was working in the brickyards.

Mariam died from Dengue Fever a week before she was scheduled to be freed from the brickyard, according to Gales. The World Health Organization estimated cases of the disease increased in Pakistan 17 times between 2006 and 2011.

According to the United Nations, there are millions of brick-kiln workers in slavery between Pakistan and India.

Paintings of Mariam and another student hang on the walls of the Heritage Christian Fellowship’s worship center.

In between the 300 days he spends traveling every year, Christian author Jack McDowell met Gales through his neighbor in Dana Point.
That neighbor is Larry Rausch, a deacon at Heritage Christian Fellowship, who lives in Dana Point. When Rausch told McDowell about the school in Pakistan and the efforts by Gale and others to support and fund it, McDowell decided he would give his life’s collection of items from around the world to support building the second story of the girls’ school.

Those items truly span the globe. There are gold rings, Russian memorabilia, stamps from the Cold War and a Kremlin admiral’s hat—about three or four of them. There’s a box full of coins with Soviet propaganda all over them. And then there’s the tea set sitting on a rickety poker table that was replicated from a 4,800-piece set of China customized for St. Catherine the Great.

Those and thousands of other items from McDowell’s collection will be on sale at the Christmas Market at Heritage Christian Fellowship next week.

McDowell has published more than 130 books about Christian literature and has spent decades running his ministry, globetrotting to help people in need. He said that has been his calling since he delved into Christianity.

He’s been keeping these items in his home for years, which he describes as a small museum.

“These, they took their shoulder bars right off their shoulders and gifted them to us because our work with the military children in Russia,” he said of the Russian memorabilia.

Some of that work included taking rare medicine for operations to children who have been affected by nuclear radiation in Chernobyl. He said he also helped deliver vaccinations to Kazakhstan when they had a polio outbreak.

McDowell has worked with many children throughout the world to help them receive the education and support they need.

McDowell said when he heard about the school in Pakistan, he jumped at the opportunity to help. When he learned what the children endure through slavery, he said it made his blood boil.

“Whatever we do, we do to help young children,” McDowell said. “This will be one of the most diverse of any Christmas markets ever in California.”

The Christmas Market will offer more than 20,000 items, he said. Works of art, sports jerseys, and historical pieces will be for sale.

“We’ve (through the ministry) helped women, especially, how to market things to foreigners,” McDowell said. “We bought the first 2,000 items from someone to help them out. I figured I’d buy these items, hold on to them for a few years and then sell them to help the people who really need it.”

Some of the items include high-ranking military uniform flare as well as pieces from events that were boycotted.

McDowell has spent the last 30 years going to Russia periodically but he has visited more than 125 countries.

“We help those who cannot fend for themselves,” he said. “The children and the elderly are the ones who have suffered the most from the transitions in Russia.”

Although he said he wants to help the school as much as he can, McDowell said he doesn’t have any plans to visit it. He said the amount of security it would take is too cumbersome and the costs are unaffordable. McDowell said what he would need to keep him safe there is equivalent to secret service. He said he had to have Navy SEALs travel with him the last time he went to countries in Latin America.

In the meantime, though, McDowell can share all the other parts of the world he’s visited with the San Clemente community next weekend.

The sale of the items will take place 9 a.m.-4 p.m. on Dec. 10, and noon-4 p.m. on Dec. 11 at Heritage Christian Fellowship, 190 Avenida La Pata. For more information about the school in Pakistan, visit www.mariamsfund.org.