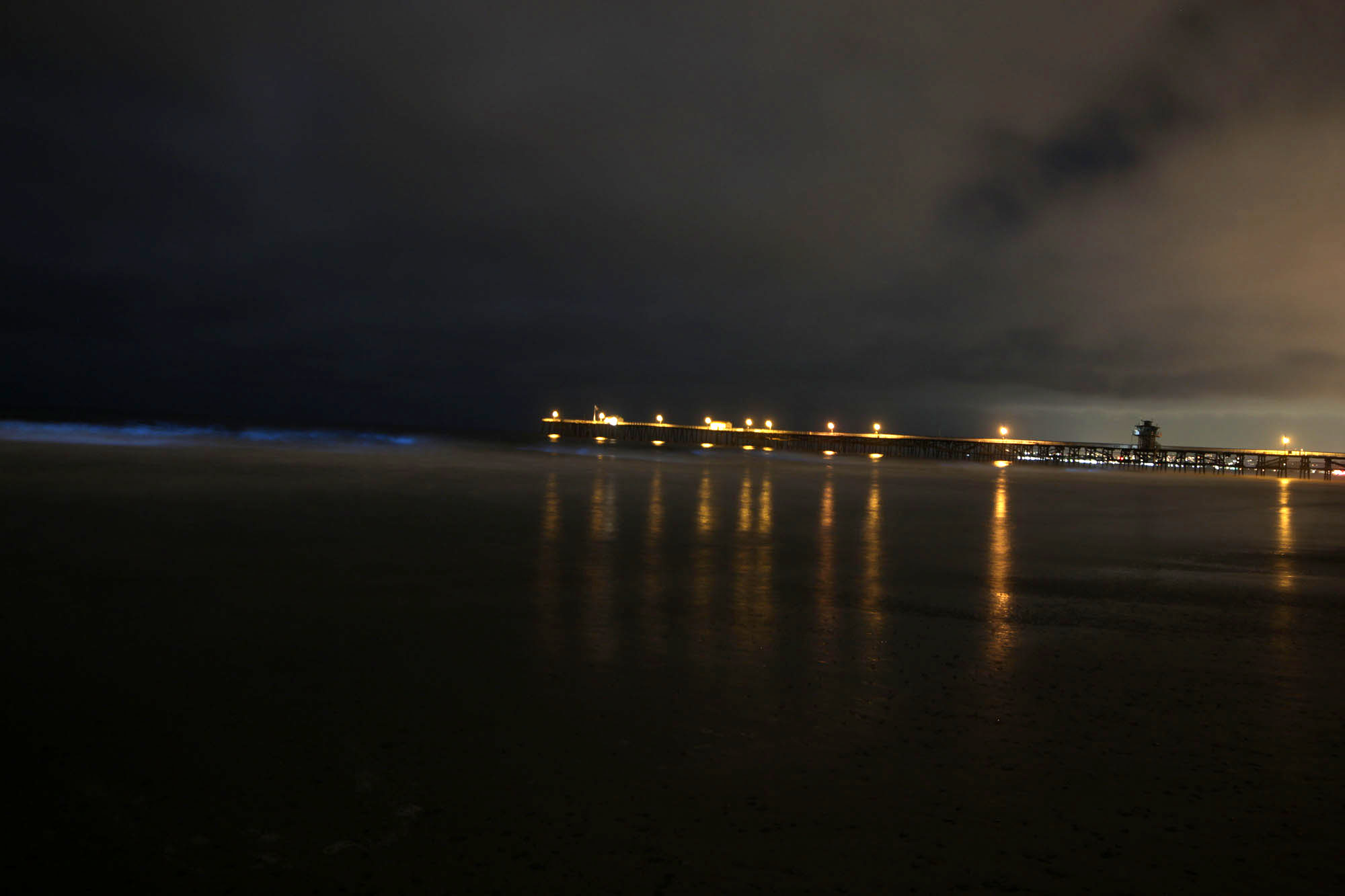 Glowing Waves Could be Crashing to an End Soon

The bioluminescent phenomenon that has attracted visitors to Southern California’s coastline in recent weeks could be coming to an end soon as the organisms causing the red tide and glowing waves are likely nearing the end of their life span.

Michael Latz, a bioluminescence expert for the Scripps Institution of Oceanography at the University of California, San Diego, tells San Clemente Times that while it’s ultimately up to nature, the red tide could be in its final phase.

“It’s kind of up to nature, but given that it’s been with us for a month, I think it’s probably in its last week,” Latz said, before noting: “But it’s up to nature; nothing I say will change that.”

The red tide in Southern California’s waters, stretching from Los Angeles County down to Baja California, is caused by an aggregation of species called dinoflagellate Lingulodinium polyedra.

According to Scripps, the species is known for its bioluminescent display, or flash of light, which is meant to scare off predators. During the day, the waters are visibly discolored as the organism contains a “sunscreen” that gives it its reddish-brown look—hence, the red tide.

Latz notes that the bioluminescence, at least in his area of San Diego, has gotten weaker in recent days, indicating that the species is no longer as healthy and beginning to die. Another indication, he explained, is a “stinky smell” that’s emitted.

“The oxygen levels get too low,” he said. “The bacteria become active, breaking it down and that leads to low oxygen levels that can result in fish kills.”

While this phase of the organisms’ life cycle can be deadly for fish, it’s not toxic to humans who are looking to swim and surf. However, he advised that those who are sensitive to aerosols may want to wait a bit before heading into the water.

“It’s a personal choice, whether you want to go in the water,” he said, adding: “While it’s degrading, I wouldn’t recommend going in, but there’s not a public advisory against going in it.”

According to Latz, the lifespan of a red tide event varies with each occurrence, with some lasting about a week and others as long as a couple of months. The frequency in which they appear also varies, as a red tide could occur once a year to every other year.

Scripps has been monitoring red tides since the early 1900s. The latest occurrence, Latz said, is certainly one of the bigger events seen in Southern California in recent years. One of the last times that Scripps saw a red tide of this magnitude was in 2011, when it lasted the month of October.

With many still hoping to catch the phenomenon, San Clemente Marine Safety Officer Ian Burton said people can still visit the local beaches, which are open for active-use only, so long as they practice social distancing.

“As long as people are practicing social distancing, then it shouldn’t be a problem for anybody to come down and check it out for 10 minutes or so,” he said. “We obviously want people to practice social distancing . . . just please be responsible.”