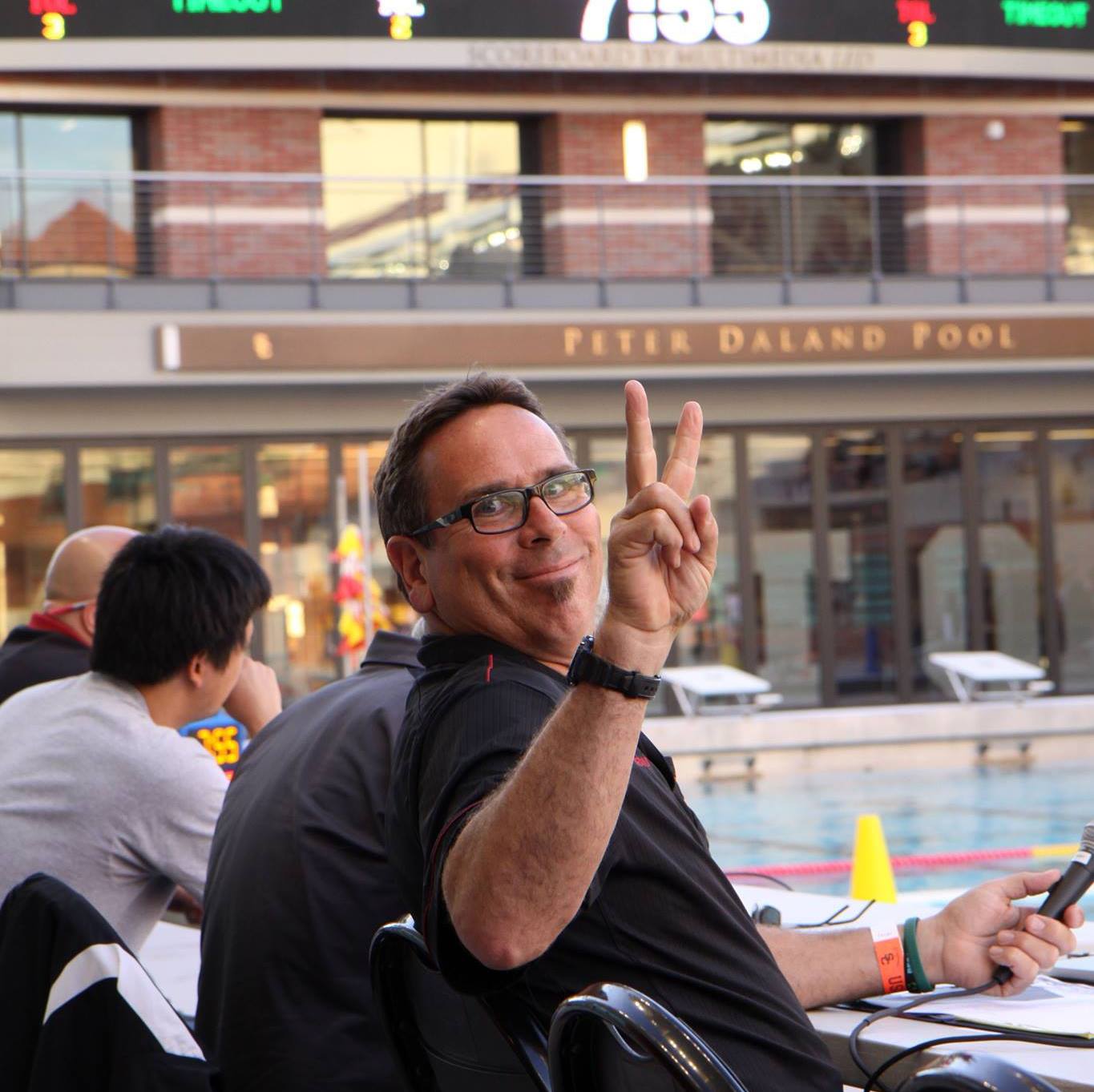 San Clemente resident Mark Cousineau will be an in-arena public address announcer for water polo at the Tokyo Olympics when the men’s and women’s tournaments begin on Saturday, July 24.

Cousineau’s responsibilities will be different than the usual tournament, but not so out of place from the last year of events, as he will announce to what will be an empty arena at the Tokyo Tatsumi International Swimming Center. There will be no fans at any of the Olympic venues this year, but Cousineau said the organizers still wanted the show to feel and sound like it always has with introductions, lineups and in-game calls.

“It’s going to be kind of weird,” Cousineau said, “but I did the NCAA Finals this year (which also had no fans in attendance), and I have experience with that. It’s a little hard to keep the enthusiasm, but you’re trying to provide a bit of that atmosphere. They want the flow of the game, and everyone to know what’s up.”

Cousineau has been announcing at water polo games for nearly 25 years and has worked his way up every level to earn this Olympic opportunity, a chance that isn’t diminished by the lack of fans or pomp and circumstance.

“It’s still the Olympic experience,” Cousineau said. “All the workers from around the world coming together. It’s the experience of the Olympics. The level of the games, the talent, it doesn’t damper at all.”

In an effort to help his children’s youth water polo clubs and to avoid working the snack bar, Cousineau said he began announcing for his kids’ matches at South Coast Aquatics. He continued that by announcing their matches at San Clemente High School, and he eventually took on the post for the USC water polo matches at the NCAA level.

Cousineau has now worked tournaments in the United States and all over the globe, which prepped him for the opportunity to announce these Olympic games. Cousineau talked with his contacts in FINA to learn the process to become the Olympics announcer and submitted his name. Cousineau was selected in February 2020 before the onset of the pandemic and the one-year delay of the Games.

Cousineau learned they were still good to go in January of 2021 and boarded his plane to Tokyo on Saturday, July 17.