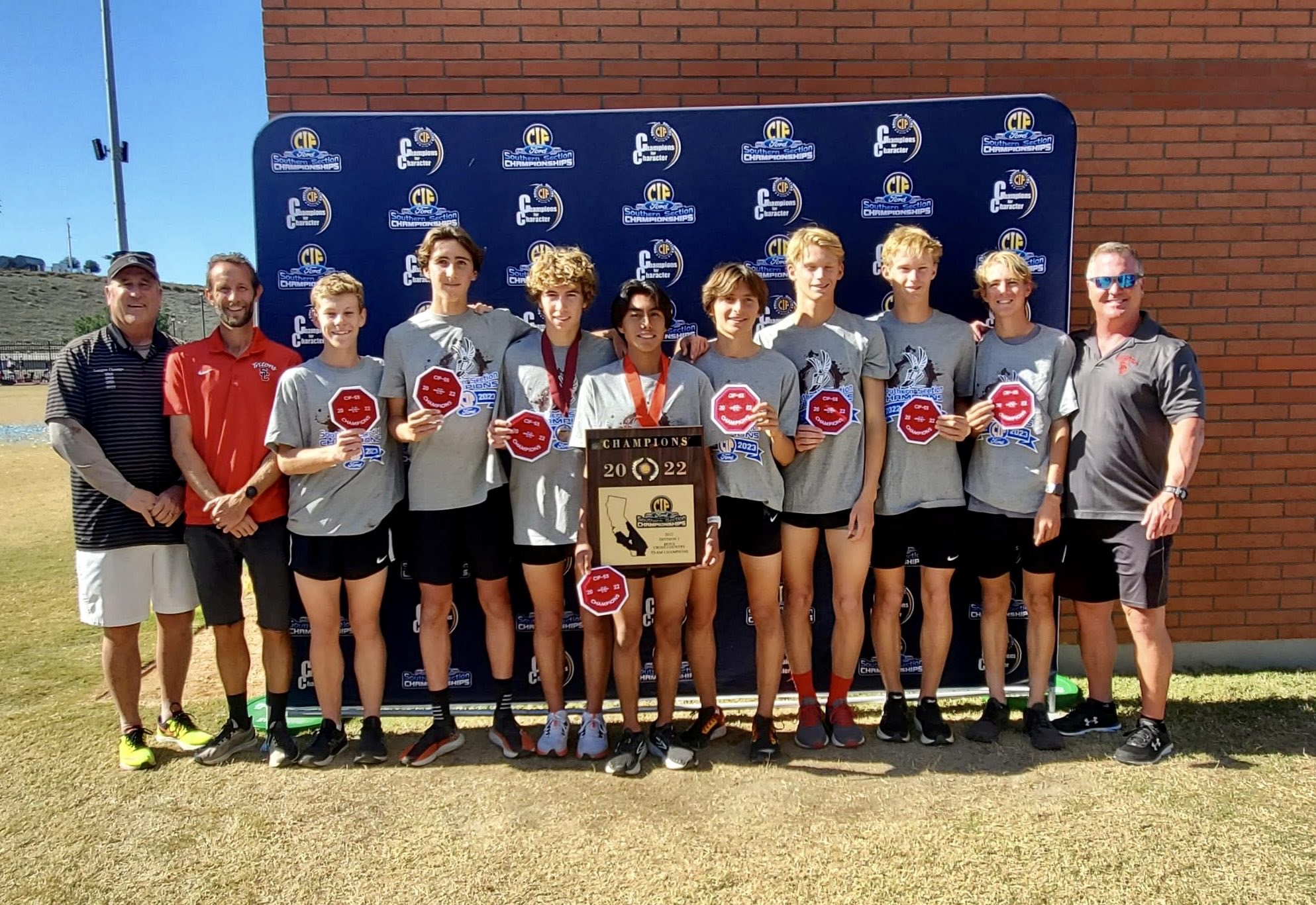 It was a long run to glory for the San Clemente boys cross country team, but after 58 years of running, the Tritons finally captured a golden plaque.

While the patented pack-running style was broken up, top-ranked San Clemente got just enough from all five of its scoring runners to hold off a challenge from Great Oak and capture the Triton boys’ first CIF-SS championship in the Division 1 Final last Saturday, Nov. 19, at Mt. San Antonio College in Walnut.

San Clemente’s win also qualifies the Tritons to the CIF State Championships for the second consecutive season. The San Clemente boys will run in the State Division I race at noon next Saturday, Nov. 26, at Woodward Park in Fresno.

San Clemente’s CIF-SS championship represents the reward for a steady build of the boys program.

On Saturday, the Tritons were paced once again by a gutsy effort from senior Juan Chantaca.

Coming down the home stretch, Chantaca dug deep for one last kick of energy, as he entered into a full sprint toward the finish line. Chantaca chased down and passed his next competitor to edge into second play by just 0.6 seconds and take an individual silver at 14:59.8. Chantaca finished 24 seconds behind the leader, Matthew Donis of Highland, who claimed the fastest time of the day at 14:35.

Then came the race for the team title, as San Clemente finished more spread out than previous races.

Rory Catsimanes, a senior, finished in ninth at 15:11, and senior Grant Sestak and junior Taj Clark finished back-to-back in 23rd and 24th at 15:33 and 15:36, respectively. Great Oak’s fourth runner finished in 28th, which left San Clemente with just a four-point lead as both teams waited for the finish of their fifth runner to decide the team championship.

For San Clemente, it was junior Pierce Clark who came through first with a 36th-place finish at 15:50 to clinch the CIF-SS title for the Tritons. Great Oak’s fifth runner finished 50th.

To round out San Clemente’s day, freshman Dallin Harrington finished 48th at 16:02, and junior Brett Ephraim finished 64th at 16:18.

For other local teams, Dana Hills swept Division 3 with championships on both the boys and girls sides, including individual titles for boys sophomore Evan Noonan (15:03) and girls senior Allura Markow (17:31). JSerra’s girls won the Division 4 title, and St. Margaret’s boys were runner-up in Division 5.