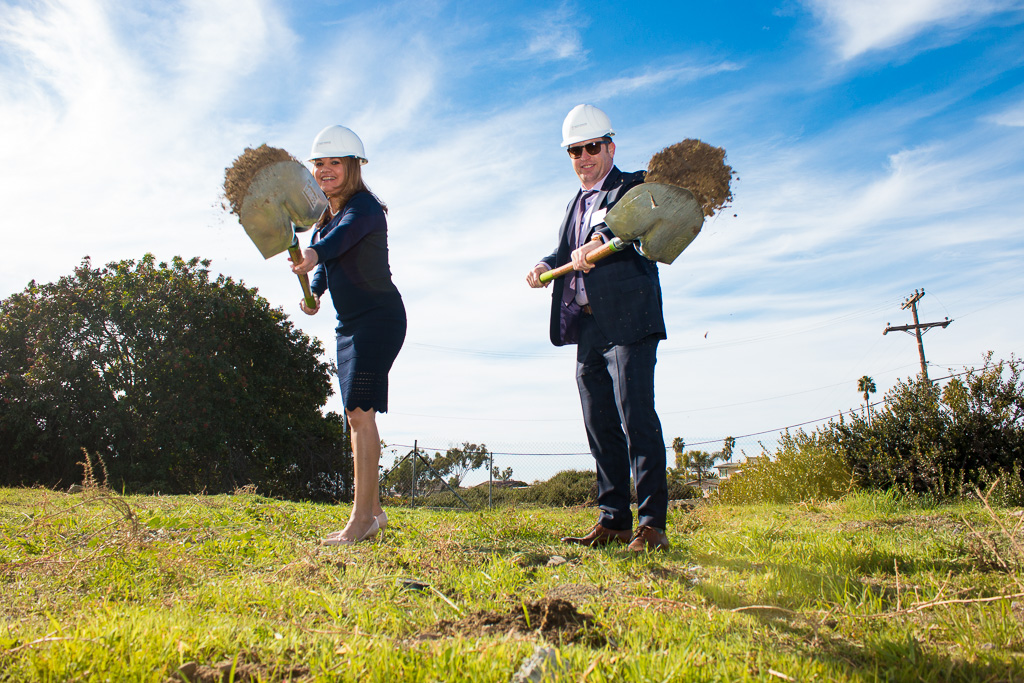 More housing options for retired people will be coming to San Clemente in the near future. Two major projects will add nearly 200 additional rooms that could provide more living space.

With more residents than it can house, a major topic leading into the 2018 election and that has reverberated around the state is housing and affordable living.

With assistance for hospice, dementia, Alzheimer’s disease and independent living care, Raya’s Paradise plans to open its doors by 2020 after years of going through planning processes.

Moti Gamburd, the CEO of Raya’s Paradise, said he acquired the land about five years ago but that it’s been a long process to get the project started. They had to go through San Clemente’s planning process as well as the California Coastal Commission for permitting.

Raya’s was required by the commission to remove trees to make an ocean-view corridor for residents, as well as other mandates.

He got the final approvals from the Coastal Commission last year.

Raya’s Paradise will be located on the 100 block of Avenida Calafia, next to the San Clemente Inn.

There will be 24-hour care and an assisted-living unit, providing independent living as well as end-of-life care.

Gamburd said he was inspired by his mother, who immigrated to the U.S. from Russia and Israel, to enter the assisted-living industry.

“In 1991, my mom, who is a nurse, came to the United States and took care of an old lady,” Gamburd said. “Because she has experience in the geriatric work, she said if I can take care of one lady, why can’t I take care of six ladies?”

In California, one home can hold up to six people at one time who are not dependents of the title holder.

“At that time, while I was in school, my father got very ill, and I kind of started to help her, and I started to fall in love with this field,” Gamburd said, adding that Raya’s has added six retirement-living facilities in California.

Monica Westphaln, the COO of Raya’s, was working for a competitor in 2011 when Gamburd decided to try to join forces with her.

“She kind of opened my eyes and showed me how much better it would be to build in a larger community,” Gamburd said. “Eventually, we landed on (San Clemente). We hired an architect from San Clemente.”

A four-story, 150-room living facility for people 55 and older is expected to be built on what is currently the Shorecliffs Golf Club driving range in the near future. Photo: Rendering provided by the city of San Clemente

Gamburd said he had to convince the commission that Raya’s in San Clemente was necessary, pointing to an office facility that had been approved years ago before it would be developed. In recent years, the California Coastal Commission has leaned toward a housing-friendly approach in order to address the state’s housing crisis.

“The growing population of our elderly is becoming graver and graver as the years go on,” Westphaln said. “So we started to do a competitive analysis, and we showed the Coastal Commission that this is a great site for the city of San Clemente because there’s not a lot to offer for our seniors.”

Westphaln said the offering of mental health and attentive services may have been the tipping point to getting the project approved.

Raya’s will have 40 rooms but provide 80 beds for couples that move in together.

According to the company’s website, Raya’s has a subsidiary called CARE (Caring, Assisting, Respecting our Elderly) Home-care, which “sends qualified and trained caregivers to homes to help with daily routines.”

Representatives with Raya’s said the average cost of living will be between $8,000 and $10,000 per month, which is typically only covered by long-term care medical insurance plans.

Job searches have not yet begun, but Gamburd said he wants to hire staff locally. There is a waiting list at the facilities in Los Angeles County owned by Raya’s, but they have not yet marketed their San Clemente rooms.

For more information on the company, visit www.rayasparadise.com.

Another facility, nearly three times the size of Raya’s, is a retired-living facility at the Shorecliffs Golf Club driving range. The applicant of the project is Greystar Real Estate Partners, LLC.

The project is currently going through Design Review Subcommittee and environmental checks of the planning division. The project is also part of a replacement clubhouse planned to be built at Shorecliffs Golf Club.

Residents at the Shorecliffs facility will have to be 55 and older in order to move in. A timeline of completion of the project has not yet been announced.