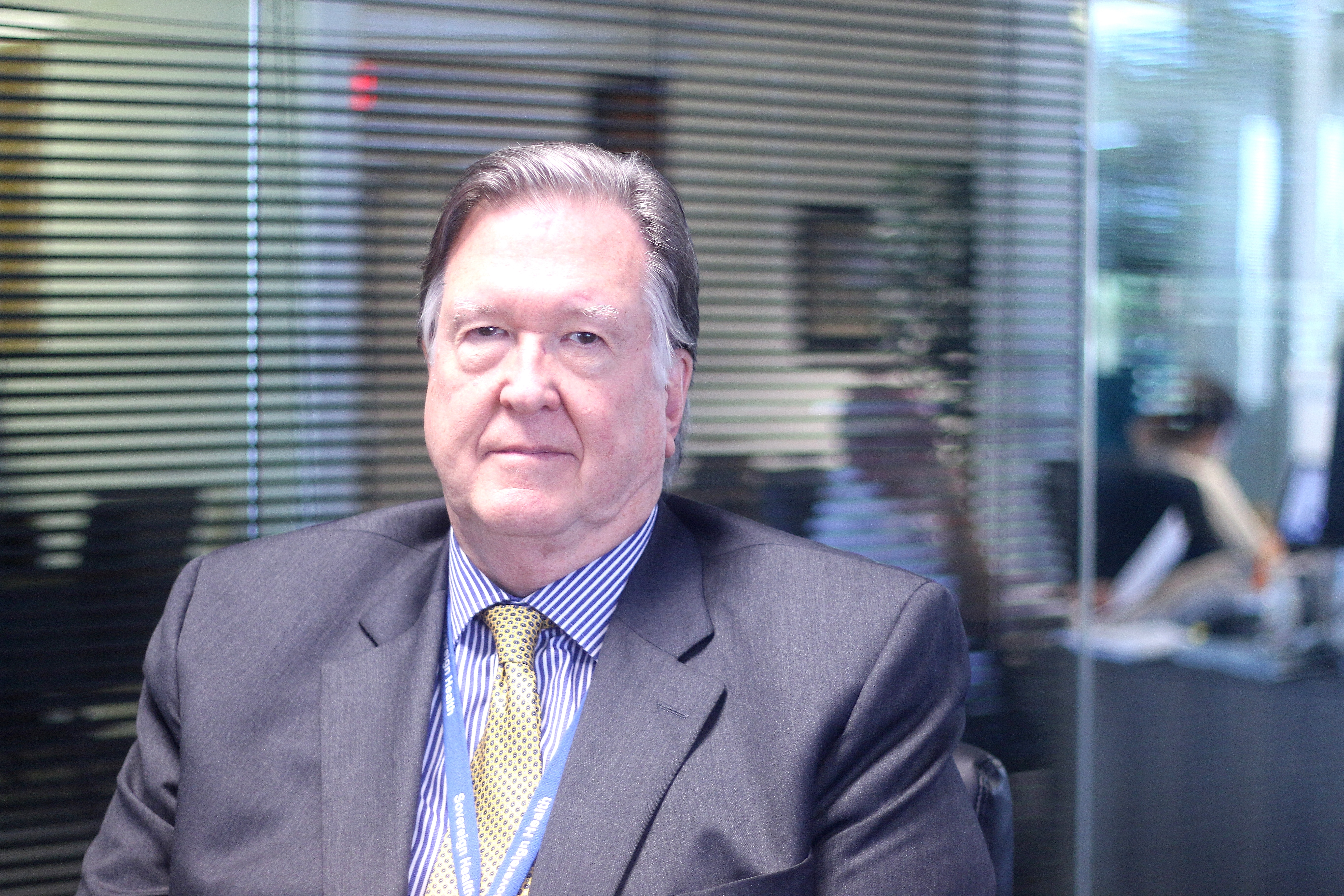 For people trying to live in a sober environment due to struggles with alcohol and drug addiction, San Clemente can seem like an unwelcoming city.

A vocal, organized movement of people who speak at City Council meetings, protests and events are trying to eradicate sober living homes from the city.

Of these providers, Sovereign Health, a licensed provider of mental health as well as alcohol and drug dependency treatment  that is based out of San Clemente, has claimed it is being targeted because it is one of the larger companies that provides services.

Jamie Deans, senior director of communications for Sovereign Health, said the company has launched a five-part public relations series addressing NIMBY-ism, or “Not In My Back Yard” policies.

“In most cases the neighbors don’t say much, but there are pockets where (opposition) has been activated,” Deans said. “Whenever we have an issue with neighbors, we try to address it as soon as we can. We go to the city and try to settle the issue.”

NIMBY basically is the attitude of someone not allowing an entity to exist because they don’t like it, but the concerns range from safety to economic.

“NIMBY is an issue that’s happening all over the country,” Deans said. “It’s not just in Southern California. It’s a somewhat complicated issue that is clear to us that most municipalities don’t have a clue what they’re dealing with.”

Deans said there’s a common misconception regarding which facilities need to be licensed and which ones don’t, and the information is not always available.

The city of San Clemente sued Sovereign Health when a moratorium was enacted last year, and Sovereign countersued in federal court.

Sovereign Health operates a few homes in San Clemente in which Deans said there is always a staff member at the treatment and care homes. Cities cannot zone-out companies that provide homes for clients living there during their treatment at the facility due to provisions in the Americans with Disabilities Act that classifies recovering addicts as a protected class, but there are requirements for licensure to provide certain services and on-site treatment.

Under Sovereign, staff members must go through internal training and cannot have been in treatment themselves for more than a year or so, but they do not need a specific degree.

Sovereign Health treats mental health and other ailments in addition to its alcohol and drug recovery programs.

“When these cases have gone to court, almost without exception, they’ve been ruled in favor of the sober living provider because they’re protected,” Deans said.

Sovereign Health conducts contraband checks and makes efforts to detect any drugs that have been snuck into the home, which Deans said rarely get by inspections.

Deans said he is hoping cities will adopt a “good neighbor” policy with Sovereign in order to address some of the issues residents have brought forth.

“What these neighbors didn’t know, because they never bothered to ask, is that Sovereign Health has always planned to give this community exactly what it wants: a licensed facility in full compliance with California state regulations,” Sovereign stated in a press release. “The license for the home is currently being processed by the Department of Health Care Services (DHCS). No patients will reside in the home until all the licensure has been completed.”

Residents around the city of San Clemente have been actively protesting sober living homes for years now. The concerns run from safety of children who live within a limited distance from the homes as well as the effect of sober living homes on their property values.

People who come to Sovereign Health are there voluntarily. They only leave if they’re kicked out due to violations, choose to leave or have completed their treatment. Deans said none of the clients of Sovereign are required to stay.

This, opponents argue, has created a contingency of people who are on the streets or can’t get back home. As a national organization, Sovereign has patients from all over the country as well as locals, Deans said.

“We can help them get to John Wayne Airport or the bus stop or help them get to wherever they need to go, but if we get there and they say ‘no,’ that’s their decision,” Deans said. “It’s not that we don’t have compassion or understanding.”

Another sober living provider, Sober Network Properties, in currently in litigation with San Clemente resident David Hurwitz, who sued the provider, claiming they’ve disrupted his neighborhood. SNP filed a countersuit against Hurwitz in June, and officials stated they intend to sell the home because of the animosity it has received.

“This sale has nothing to do with the lawsuit against us,” SNP stated in a release. “We have other properties in San Clemente, and they too are the subjects of our own countersuit against the city and Mr. Hurwitz. Our countersuit continues regardless of the fact that we are selling the property on Lampara, and we have no plans to vacate our other San Clemente properties.”

SNP is also in litigation with the city.

This article has been updated.