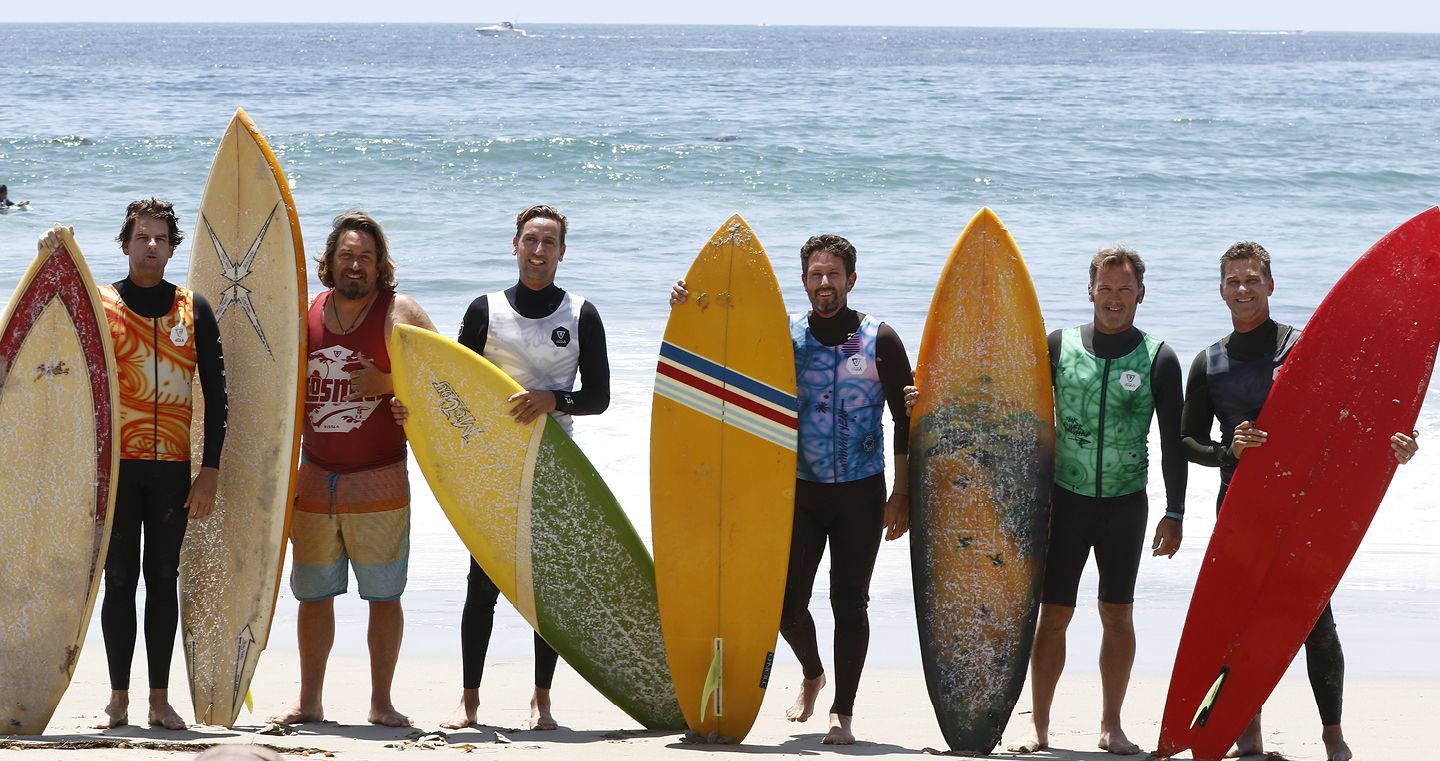 It’s a surf contest, but it’s not really a surf contest. It’s more of a good time. For 21 years now, Dana Point’s Eric Diamond has been dragging an eclectic collection of vintage surfboards down to Salt Creek for the annual Cosmic Creek Surf Festival. And for 21 years, everyone from Kelly Slater, to the area’s all-star pros, to local groms have been cruising down and having a groovy time. This year, the Cosmic Creek Surf Festival, sponsored by surfwear brand Vissla, promises to be more of the same—and then some.

“Every year, we try to figure out how to make it more fun, more special, and I think this year we’re in for a great time,” Diamond said. “Not only do we have some incredible boards in this year’s quiver, but there’s going to be a lot going on around the beach. It’s a full family shindig.”

The action is focused around the classic single-fin and twin-fin designs of the 1970s and ’80s, with competitors having to select a board out of Diamond’s diabolical collection. Some boards are considerably easier to ride and perform better than others, but that’s all part of the fun. Before each heat, competitors meet on the waterline to draw a card, which indicates who picks first and who, unfortunately, picks last.

“There’s always a couple boards that people are fired up on, then there are some dogs, too, so drawing the cards kind of equalizes things. You can be the best guy in the water, but if your board’s not working, well, you’re beatable,” Diamond said, laughing.

This year’s contest will feature five divisions: Locals, Creators & Innovators, Pros, Women and a Body Surf Expression Session sponsored by bodysurfing fin company DaFin. The Creators & Innovators division is comprised of shapers from San Clemente to Ventura riding boards inspired by the ’70s and ’80s that they’ve shaped themselves. Meanwhile, the entrants in the Locals, Women and Pros divisions will ride the real deal original boards.

Besides the competition in the water, Vissla is bringing a mobile shaping bay for the second straight year, so you can experience first-hand the sweat and toil that these guys go through. Local shapers Tyler Warren and Donald Brink will be in the bay on Saturday, while Gary Larson and Ryan Engle take over on Sunday. New York artist Jason Woodside will also be on hand with his mixed medium works, including an old Mercedes Benz that’s he’s painted and dubbed the “Cortex Cruiser.”

“We really want to showcase the creative side of surfing and all the artists and craftsmen that make it so interesting,” Diamond said. “This area has such a rich history of surfboard building and art that we gotta pay it forward and keep that tradition going. Having guys come down and shape boards, that’s really a connection to what’s going on in the water, because surfboards were so experimental in the ’70s and ’80s and things were changing so fast. It’s great to bring that experience to the beach.”

But the hits don’t stop there. The airwaves get a melodic dose of goodness on Saturday night, when The Babe Rainbow, Holy Wave and The Soul Beacons play at the Salt Creek Bluff Park. During the day on Saturday and Sunday, the lineup of bands includes Seacliff, The Alive and Parlea.

In keeping with the spirit of the event, the Cosmic Creek Festival has been designated a plastic-free experience, so bring your favorite reusable water bottle and keep it cool at the hydration stations on the beach. The Shwack, a local eatery, will be on the sand serving hash, while Bear Coast Coffee has your rocket fuel covered.

The list of Creators & Innovators and Pros who will be in attendance this year has yet to be finalized, but Diamond and company always seem to come through with some big names and heavy hitters. In 2018, it was Jason Bennet and Kevin Schulz winning the Creators & Innovators division. Schulz also won the Pro division. Other winners from last year included Patrick O’Connor, Ian Gottron, Kolton Sullivan, Nic Holdman, Bob Tassin and the vibrational Frankie D’Andrea.